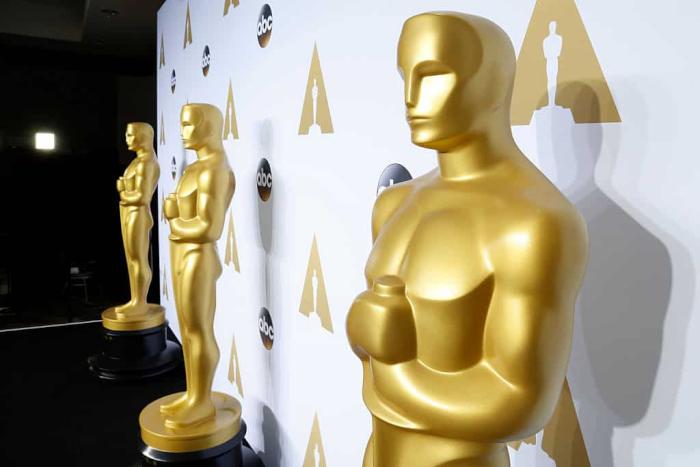 The Academy Awards has spent a long time lamenting the fact that fewer and fewer people are tuning into their lavish ceremony with each passing year. As ratings slide — a general trend for most of television, and the Oscars remains one of the most-watched live events on network TV — we are then bombarded by think-pieces on ways that the folks at AMPAS and ABC, the network that broadcasts the big show, can entice potential audiences. Their new tactic is to include a whole new award voted for by the fans.

Twitter users will get to vote on their favorite films that were released in 2021 with the hashtag #OscarsFanFavorite. The film that receives the most fan votes by March 3rd will be recognized during the awards broadcast on March 27. Three lucky voters will also receive an all-expenses-paid trip to Los Angeles to present an Oscar at next year’s ceremony. According to Meryl Johnson, V.P. of digital marketing at the Academy of Motion Picture Arts and Sciences, ‘social media users around the world now have more opportunities to engage with the show in real-time, find a community and be a part of the experience in ways they’ve never been able to before.’

I feel like I shouldn’t even have to explain why this is so transparently a terrible idea doomed to fail in the most spectacular fashion possible. It’s obvious, right? The moment you all saw the word ‘Twitter’, you could smell the failure. Imagine thinking that letting us goons on Twitter decide anything about the Oscars. Have you seen that precious hellsite on awards night? That snark is not constructive criticism, kids!

The Oscars keep getting dinged for being snobby elitists who don’t care about the mainstream movies of the common man, which nowadays means having to put up with arguments about whether or not the highest-grossing Marvel film of that year should be up for Best Picture or not. Really, the Academy has always been thoroughly middlebrow and focused on crowd-pleasing fare. There’s a reason the likes of Titane and The Green Knight aren’t nominated this year but Belfast and Don’t Look Up now. Besides, superhero movies are winning and being nominated for Oscars. Did we all forget about Black Panther and Joker? Whatever populism means in pop culture (and nowadays it too often feels like a dog-whistle for a right-wing culture war), the Oscars aren’t ignoring it. Sometimes, we wish it would pay less attention to such things and expand its scope for merit, but that’s far less likely to happen than, say, the new Spider-Man film sweeping the board.

Having any arbitrary group of people vote in a popularity contest will produce skewed results. There are always biases at play and plenty of them are insidious as all hell. That won’t change with a fan vote. Hell, it’ll probably only exacerbate such issues. Do you know how super-easy it is to hijack something like this? Online voting and Twitter spamming is painfully simple to scam. Online popularity is about loudness and intimidation and don’t think for a second that we won’t see such tactics at play. How long before a hardcore right-wing creep-group decides to open ranks and take over the vote for some Ben Shaprio vehicle? This will end up being used for one of two things: hardcore fandom score-settling or unbridled trolling. Neither is what the Academy wants, which makes me wonder what they do want.

A couple of years ago, the Academy announced then swiftly walked back plans for an award called Best Popular Film. The vagueness of this new category only further fuelled the backlash from critics and industry figures alike. It seemed like such a blatant move to pander to the kind of movies that don’t typically get Oscar love (read: blockbusters.) It suggested that the films nominated in the Best Picture category were somehow ‘unpopular’ or the choice of the Hollywood elite rather than the ‘real folks’ of the audience. Again, it’s not as though they were ever prioritizing international arthouse or experimental cinema over the kind of stuff your grandparents like. Plus such a category would go practically ensure that those ‘popular’ films never get nominated for Best Picture, regardless of their quality.

It’s always seemed unlikely that the audiences who have never been interested in the Oscars would suddenly tune in with annual devotion if there was a category just to shout out the same handful of films that dominate both the box office and cultural conversation. It’s not like the People’s Choice Awards is the most-viewed ceremony of the year. I’m not sure the majority of people currently voting for the fan favorite award will be doing so with the earnest intention of seeing a film they love get recognition. We’re all probably going to watch to see how Tom Holland or whatever reacts when Space Jam: A New Legacy or Red Notice wins, and we’ll all get some amazing reaction gifs out of it.

If this whole rigmarole goes forward next March then I’m not sure it’ll become an annual thing. The Academy and ABC can’t hope to control the chaos of the internet when it’s given a sliver of power. It won’t sate their desperate hunger to be more popular either. I wish the Academy would just accept that it has a small but devoted viewership who actually care about its nonsense and simply pander to them instead. We want to see the honorary awards given out during the ceremony and not in a pre-recorded montage. We want those speeches to go on and on. We’re cool with you picking films that didn’t make a billion dollars worldwide.