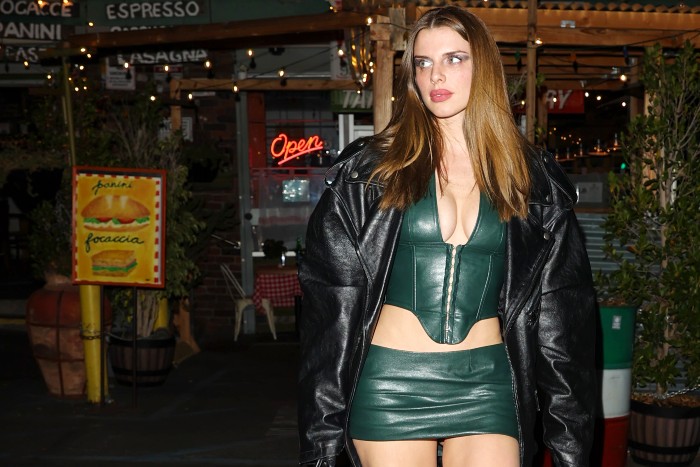 Julia Fox Got the Hell Away From Kanye With a Quickness

Following Kanye West’s absolutely psychotic Instagram rants, which are still happening and being just as quickly deleted, Julia Fox officially got the hell out of Dodge on Monday. Of course, that’s all contingent on whether or not you believe the two were actually dating, which I don’t. Anyway, whatever game they were playing, it’s over. (E! News)

Whoopi Goldberg is back at The View. (Dlisted)

After 15-year-old figure skater Kamila Valieva was caught doping, the Olympics Committee had a hearing, and it’s not great. (Celebitchy)

And here it is for real my last VF piece where we have some answers from the #RingsOfPower showrunners to some of your biggest questions. https://t.co/bVnk0i7970

From James: These three old-timers have been to every Super Bowl. (CNN)

From Hannah: Do you need to see a llama doing some Jareth cosplay? Of course you do, what a stupid question. (TikTok)

Oscar Isaac is writing some serious checks that I don’t know if Moon Knight can cash. Also, kinda weird to cite Iron Man, a film that was famously slapped together without a finished script and was held together entirely by RDJ and Jeff Bridges riffing. (Variety)

It’s love week and that means Cannonball Read is talking about the love of books, books they love, books they give, and their favorite book stories. What books (or characters) have you fallen in love with? Which books do you love to recommend? Go tell them about it! (Cannonball Read 14)

made this valentine in 2010 and used it every single year after. i have no need for it this year. take it. it's yours pic.twitter.com/DGe2KyuKFK


← 5 Shows After Dark: '4400' First Season Finale, 'Olympic Winter Games' on NBC | The Oscars Select Three Hosts, and We're Not Going to Mention The Worst Things We Know About Them →