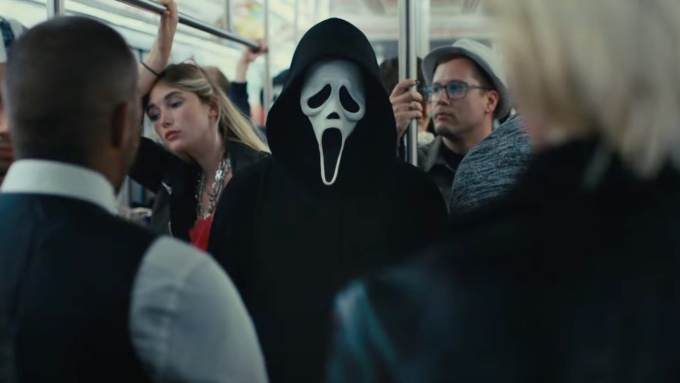 Watch the Trailer for 'Scream 6,' the Sequel to 'Scream' and Also 'Scream'

For those keeping track, Scream debuted in 1996. Scream also premiered in 2022, although 2022 Scream was actually the fifth Scream. Even though it lacks a sequel number, which suggests a reboot, it was actually a reborquel. In March 2023, the sequel to Scream (2022) will be released, and it is called Scream VI, the first sequel to use Roman numerals instead of numbers. I heard that Roman numerals were more expensive, which is why the sixth film couldn’t afford Neve Campbell.

Melissa Barrera, Jenna Ortega, Mason Gooding, and Jasmin Savoy Brown who joined the franchise in Scream (which was actually Scream 5) are all returning for Scream 6, which will not feature — for the first time — Neve Campbell and David Arquette, the former over a salary dispute and the latter because that character didn’t survive the fifth Scream movie. Courteney Cox, however, will return, and she and Roger L. Jackson — the voice of the Ghostface Killas — are the only two to appear in every movie. Got it?

Good, because here’s the teaser, set in a New York City subway. While I doubt the entire film will be set on the subway, wouldn’t that be a fantastic bottle movie?