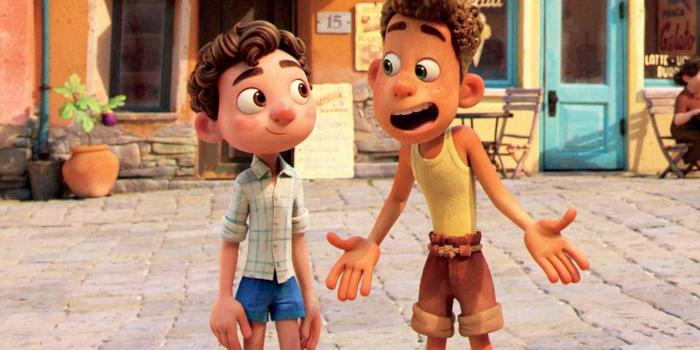 Watch the Trailer for Pixar's 'Luca,' Which Is Like Hypercolor T-Shirts, But with Humans

Kids, there was a time many, many years ago — an era we call “the early ’90s” — in which one could purchase a Hypercolor T-shirt. These T-shirts had magical qualities that allowed them to change color with heat, and that heat would come in the form of someone’s hand, which is to say: If you or a friend place a hand on the T-shirt, it would leave a handprint of a different color. It was a very cool novelty. Although if you were a woman, I suspect that these T-shirts had a lot of unintended not-so-great consequences that society, unfortunately, did not think about as much as it should have.

Pixar’s Luca works like those Hypercolor T-shirts, except instead of heat, it’s water, and instead of leaving a handprint, the water turns Luca into a … fish. He’s very swim-y, and it looks very sweet, and it comes from Enrico Casarosa, the story artist on Coco.

Luca arrives in June. Where? That’s not clear — theaters or Disney+ or both. Who is to say? Check with your local multiplex or the CDC.