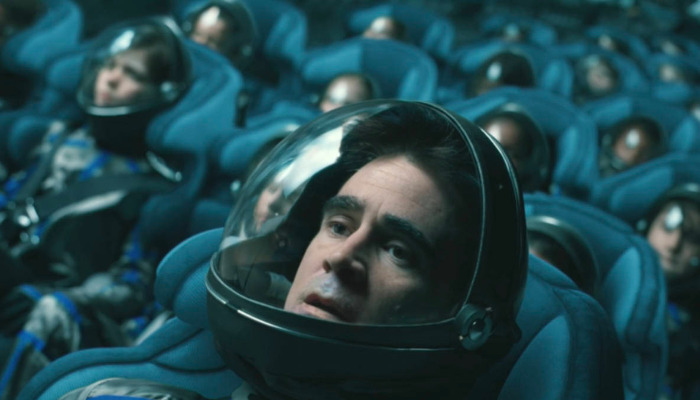 Watch the Trailer for Colin Farrell's Sci-Fi 'Voyagers,' An Intriguing Early Test for Theaters Ahead of the Blockbuster Season

Voyagers comes from Neil Burger (The Illusionist, Limitless) and stars Tye Sheridan, Colin Farrell, Isaac Hempstead Wright (BRAN!), and Lily-Rose Depp. The logline reads, “A crew of astronauts on a multi-generational mission descend into paranoia and madness, not knowing what is real or not,” although that is not exactly what the trailer portends.

The trailer appears to be about a group of teenagers who have been bred specifically to travel to a distant planet and who are kept from feeling their feels by a special blue drug. When the teenagers decide to stop drinking the blue drug, the kids begin to feel emotions, which is not actually great, given the fact that they’re stuck on a space ship with each other for decades and have just discovered what pleasure feels like, and where there is pleasure, well, there’s probably murder, too.

Voyagers opens in theaters on April 9th, and it’s sandwiched between two other mid-level films that are opening the weekends before and after, the horror film The Unholy starring Jeffrey Dean Morgan (April 2nd) and the R-Rated Mortal Kombat film (April 16th). The three films should give us an idea about how well reopening movie theaters will go into the summer blockbuster season (and Black Widow on May 8th).