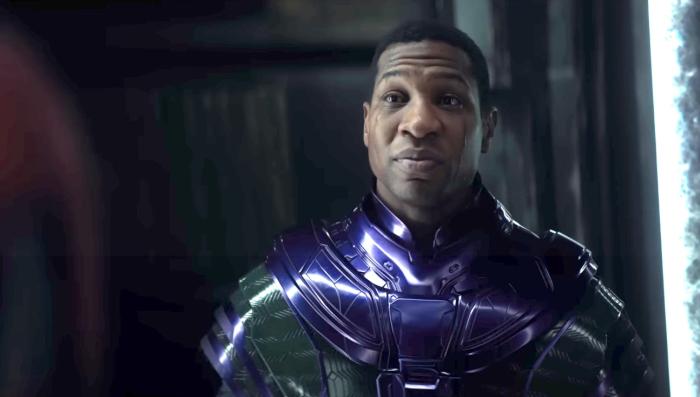 Watch the Trailer for 'Ant-Man And The Wasp: Quantumania,' Featuring Jonathan Majors

Last night Marvel dropped the Quantumania trailer during some sportsball game. In this adventure, Scott Lang (Paul Rudd) strikes a Faustian bargain with Kang The Conqueror (Jonathan Majors) to regain the time he lost with his daughter (Kathryn Newton) during The Snap.

You’d think, after Spider-Man No Way Home and Doctor Strange In The Multiverse Of Madness our MCU heroes would know better than to mess with timey-wimey quantum stuff. Oh well, no one ever accused Scott of being The Smartest Avenger.

Quantumania also stars Evangeline Lilly, Michelle Pfeiffer, and Michael Douglas. Randall Park returns as Agent Woo, and look for Bill Murray to pop up as Krylar. Corey Stoll is rumored to appear, which may or may not lend credence to the idea that MODOK is some sort of mutation of Darren Cross/Yellowjacket, who we thought met his end in Ant-Man when Scott destroyed his suit.

Ant-Man And The Wasp: Quantumania opens in theaters on February 17th.

The other trailer that dropped yesterday is for this silly-looking Shudder original, Sorry About The Demon. Shudder is really hit or miss as far as quality goes, but writer/director Emilly Hagins has been making horror movies since she was 12 and her movie My Sucky Teen Romance went to Sundance in 2011. This one might be worth a watch when it hits Shudder on January 19th.