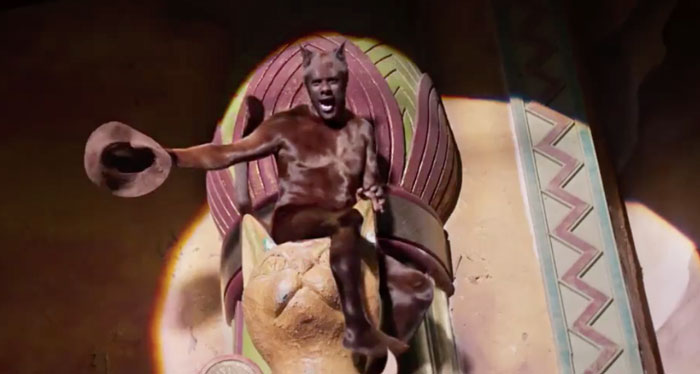 After much anticipation, the second trailer for Cats has landed. Behold Judi Dench, Taylor Swift, Idris Elba, Ian McKellen, Rebel Wilson, James Corden, Francesca Hayward, Jennifer Hudson, and Jason Derulo all covered in “digital fur technology” and living their feline fantasies! Naturally, Twitter is freaking out over this trailer, a thing of…what? Glory? Horror? Musical theater magic? That’s up for debate. It’s definitely a THING, from the uncanny valley of its humanoid-cat critters to its jaunty plot and Idris Elba naked! (Sort of.)

Here’s how Twitter reacted to the latest Cats trailer.

Now that's the face of a man who's seen the new Cats trailer pic.twitter.com/0q6m9H2Wtn

Me coming online to solely talk about #Cats pic.twitter.com/34LCECbq6U

Everyone in #Cats looks like these exact medieval paintings come to life pic.twitter.com/pThEbFhgDI

Was literally about to write my best films of the year list and now I have to start again from scratch.#Cats #CatsMovie pic.twitter.com/qFWeEIzYyS

as soon as I saw @catsmovie gave the lady cats breasts, I should have assumed someone would shake them while dancing but I still wasn't prepared for the reality of what that would look like… pic.twitter.com/tT24lyBcAG

CATS: when your wish to see Idris Elba naked is granted, but with a "Monkey's Paw" twist. https://t.co/MVdLqXqbXw pic.twitter.com/bnDW3yKv8c

I hope the CATS marketing campaign comes with chocolate Macavity bars because this is making me want to eat Idris Elba. pic.twitter.com/N97eFe5uUc

"It's a great picture, it's cinema" - Martin Scorsese, putting on a brave face after Cats beats The Irishman to Best Picture

Werner Herzog Wanted To Weep At The Sight Of Baby Yoda On 'The Mandalorian', Just Like The Rest Of Us