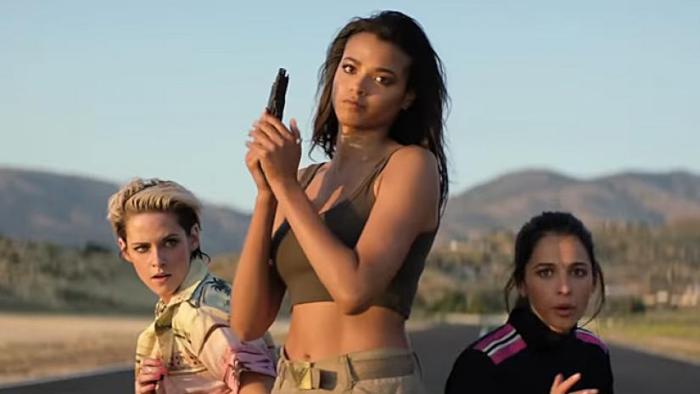 Honestly, I did not love the first trailer for Charlie’s Angels, which reminded me a lot of the MIB: International trailer, which is to say: A movie I really wanted to like, but that looked kind of empty. This trailer, however, is much better (although, not exactly “great”). It also manages to slip in a very brief glimpse of Miley Cyrus:

I do not, however, have a strong desire to want to like the Jungle Cruise trailer, notwithstanding the presence of The Rock and Emily Blunt, mostly because it’s yet another Disney blockbuster inspired by an amusement park ride. It looks … tepid, and as TK notes, “I hope Stephen Sommers gets a cut for such a gratuitous Mummy ripoff.”

I’ve seen Pixar’s first Onward trailer a couple of times in theaters with the kids, although the latest trailer reveals the movie’s “twist.” Two brothers played by Tom Holland and Chris Pratt cast a spell to bring back their dead father for a day, but the spell only brings back his lower half, and then there’s some sort of Weekend at Bernie’s-like road trip with the bottom half of their dad.

Finally, here’s a trailer for a Netflix movie due out on October 25th called Rattlesnake. It stars Carmen Egojo, and comes from writer-director Zak Hilditch (Stephen King’s 1922). It initially looks like a movie about a girl who is bitten by a rattlesnake and the race against time for the mother to find the antidote and save her daughter. That could be a fascinating real-time movie. This is not that — the girl is bitten, then she is saved by a weird lady, but in exchange, the mother has to take someone else’s life within the prescribed amount of time. It still looks good, although very much like a “Netflix” movie.

← Kim Kardashian Is Advocating for Brendan Dassey's Clemency Petition | Rebekah Vardy, Coleen Rooney, and the Revival of the WAG Era →