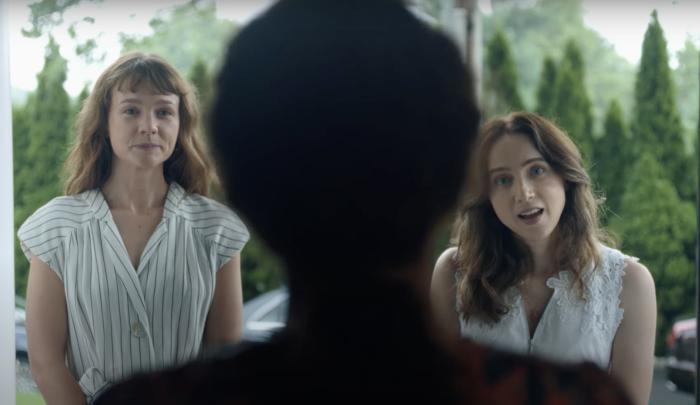 Trailer: The New York Times Investigation into Harvey Weinstein Becomes a Movie with 'She Said'

It’s been almost six years since The New York Times published its investigation into the sexual harassment and abuse allegations levelled at the infamous film mogul Harvey Weinstein. It was a moment that many in Hollywood had waited a long time for, the biggest open secret in the industry brought to the forefront. It sparked the birth of a new movement against the rot of misogyny that pervaded every aspect of our lives, and it culminated in Weinstein being charged with rape and sentenced to 23 years in prison. Of course it had to be adapted into a movie.

She Said is based on the book of the same name by Megan Twohey and Jodi Kantor, the journalists who worked on that initial investigation. Carey Mulligan and Zoe Kazan star as the women whose work helped to reveal the true extent of Weinstein’s abuses. The first trailer dropped today, with Unorthodox and I’m Your Man director Maria Schrader behind the camera.

I’m curious about this film. This is extremely recent and extensively documented history, an event that many of us watched happen in real-time. I had been a professional pop culture writer for only a few months when it happened but I’d already heard so many stories and allegations against Weinstein that the piece felt like a long-awaited conclusion of sorts. The nitty-gritty details of journalism can be made into conventional entertainment. Spotlight did it and won Best Picture for its troubles. So, as samey as this trailer seems, I get what it’s going for and why it’s selling itself like this.

But I can’t help but think about #Metoo and all those promises that were made in the wake of the post-Weinstein era. We were promised seismic change that would revolutionize gender parity. We were told this was a new beginning for women to be believed, for the sheer extent of sexual harassment and abuse to be taken seriously. Frankly, aside from Weinstein being jailed, I don’t know what truly changed. I think a hell of a lot of people in Hollywood in particular thought ‘well, Harvey’s gone down, things are OK now!’ As if Louis C.K. isn’t winning Grammys and getting the anti-cancel culture second wind. As if Brett Kavanaugh didn’t get a Supreme Court seat. As if the whole Johnny Depp mess didn’t get turned into a TikTok referendum on all women ever.

She Said is set for a November release. That means it’ll probably play at the big fall festivals and get an awards season rollout. That means we’ll get to listen to a hell of a lot of PR on how, post-Weinstein, the world is different and that, by celebrating this movie, we’re supporting that change. This is not a slam on the movie, which none of us have seen yet. It could very well be excellent and nuanced in ways that we desperately need. I just hope I don’t see it being heralded by the very same people who #metoo was designed to call out in the first place. A big Hollywood back-slap getting more traction than actual demands for institutional change would be, frankly, the most Hollywood thing ever.

A reminder: This film is being produced by Brad Pitt, a man who was aware of the allegations against Harvey Weinstein in the ’90s when Gwyneth Paltrow told him about them, and he still chose to work with him, even when he knew that Angelina Jolie had been on the receiving end of his harassment.