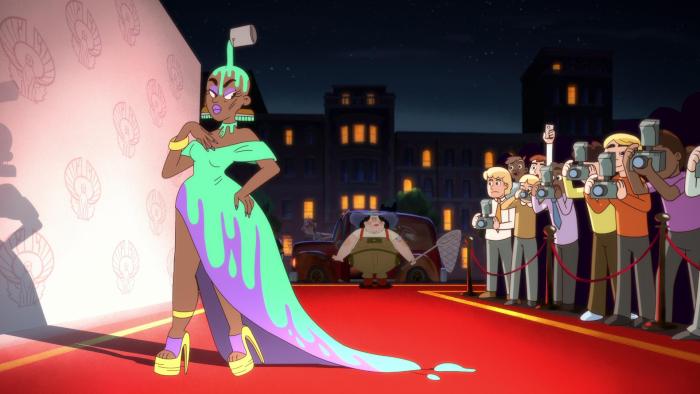 Trailer Round-Up: 'Arlo The Alligator Boy,' 'The Irregulars,' 'The Falcon and The Winter Soldier' And More

Whether you’re hungry for midnight horror, bold documentaries, earnest romance, kooky comedy, or an Alligator Boy singing and dancing his way into a chosen family, we’ve got something for you with our latest trailer round-up.

Hawk & Rev: Vampire Slayers: Now out on digital, On Demand, and DVD.

Seeking a horror-comedy with a solid dose of dumb? Ryan Barton-Grimley writes, directs, and co-stars with Ari Schneider as the titular duo who dares to take on dangerous bloodsuckers.

Jakob’s Wife: Now playing at SXSW Online. In theaters, On Demand, and digital on April 16.

Horror icons Barbara Crampton and Larry Fessenden team up for a story about a pastor’s wife who gets a new attitude after a vampire bite. Travis Stevens directs.

In this personal documentary, director Gwen van de Pas returns to her hometown in search of answers about the man who sexually abused her as a child. Speaking with survivors, psychologists, and a convicted sex offender, she hopes to expose the warning signs of grooming as well as confront her trauma and her abuser.

The Falcon and The Winter Soldier: Coming to Disney+ on March 19.

WandaVision got you itching for more MCU TV? Anthony Mackie and Sebastian Stan are here for you, returning as Captain America’s besties…turned buddy-cops?

The Irregulars: Coming to Netflix on March 26.

You know Sherlock Holmes and Dr. Watson, but do you know about the misfits who’ve long helped them solve strange crimes? In this new series, these “irregulars” get the spotlight as they crack the case on all things supernatural. Thaddea Graham, Darci Shaw, Jojo Macari, Harrison Osterfield, and McKell David co-star.

WeWork: Or the Making and Breaking of a $47 Billion Unicorn: Coming to Hulu on April 2.

How do you lose $47 billion in six weeks? Jed Rothstein’s documentary explores WeWork’s frat-boy culture and their jaw-dropping death spiral.

The American Craft Beer movement is explored in this documentary, which focuses on two groups of homebrewers from Long Beach, California. Christo Brock directs.

Arlo The Alligator Boy: Coming to Netflix on April 16.

Have you been wishing for an animated and boldly queer musical about a half-alligator/half-human in search of his father in the Big Apple? Director Ryan Crego’s got you. And he’s bringing a voice cast along that boasts Michael J. Woodard, Mary Lambert, Annie Potts, Tony Hale, Brett Gelman, Jonathan Van Ness, Haley Tju, Jennifer Coolidge, Vincent Rodriguez III, and Michael “Flea” Balzary of the Red Hot Chili Peppers.

Finding You: Only in theaters on May 14.

Based on Jenny B. Jones’s novel There You’ll Find Me, this romance centers on American violinist Finley Sinclair (Rose Reid) as she travels to Ireland for study abroad, then falls for a movie star (Jedidiah Goodacre) shooting on location. Tom Everett Scott and Vanessa Redgrave co-star. Brian Baugh writes and directs.

What are you most excited to see?


← Ralph Fiennes Thinks How J.K. Rowling Has Been Treated Is 'Disturbing' | Trevor Noah: 'Your Murders Speak Louder Than Your Words' →