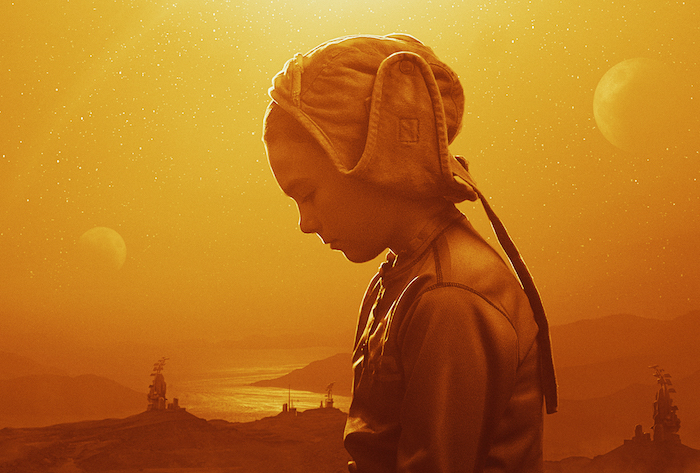 Trailer Park: Movies You're Sure To Love And A Couple You'll Def Despise

Synopsis: “In The Tomorrow War, the world is stunned when a group of time travelers arrive from the year 2051 to deliver an urgent message: Thirty years in the future mankind is losing a global war against a deadly alien species. The only hope for survival is for soldiers and civilians from the present to be transported to the future and join the fight. Among those recruited is high school teacher and family man Dan Forester (Chris Pratt). Determined to save the world for his young daughter, Dan teams up with a brilliant scientist (Yvonne Strahovski) and his estranged father (J.K. Simmons) in a desperate quest to rewrite the fate of the planet.”

Why We’re Stoked: Oh. We’re not. Keep an eye out for the review. I predict it’ll be a scorcher.

Synopsis: “Paris 2021. Superheroes are perfectly integrated into society. A mysterious drug that bestows super abilities to those who have none spread out in the city. As the number of incidents rises, Lieutenant Moreau and Schaltzmann are sent out to investigate. Along with Monte Carlo and Callista, two vigilante old-timers, they will stop at nothing to contain the spread of the narcotic. But Moreau’s past resurfaces, and the case thickens….”

Why We’re Stoked: This isn’t your average superhero movie.

Synopsis: “Sam (Karen Gillan) was only 12 years old when her mother Scarlet (Lena Headey), an elite assassin, was forced to abandon her. Sam was raised by The Firm, the ruthless crime syndicate her mother worked for. Now, 15 years later, Sam has followed in her mother’s footsteps and grown into a fierce hit-woman. She uses her “talents” to clean up The Firm’s most dangerous messes. She’s as efficient as she is loyal.”

How It Ends: Premiering on digital and in select theatres July 20.

Synopsis: “In this feel-good apocalyptic comedy, freewheeling Liza (Zoe Lister-Jones) scores an invite to one last wild party before the world ends. But making it there won’t be easy, after her car is stolen, and the clock is ticking on her plan to tie up loose ends with friends and family. Accompanied by her younger self (Cailee Spaeny), Liza embarks on a hilarious journey across Los Angeles, running into an eclectic cast of characters.”

Joe Bell: Only in theaters July 23.

Synopsis: “From filmmaker Reinaldo Marcus Green (Monsters and Men), along with the Academy Award-winning writing team behind Brokeback Mountain (Diana Ossana & Larry McMurtry) and Academy Award nominee Mark Wahlberg, Joe Bell tells the intimate and emotional true story of an Oregonian father who pays tribute to his gay teenage son Jadin, embarking on a self-reflective walk across America to speak his heart to heartland citizens about the real and terrifying costs of bullying.”

Why We’re Stoked: Oh, we’re not. This has had blah buzz since its TIFF premiere. Plus, it looks like Wahlberg is pulling a gay Green Book, centering a story of oppression and bigotry on the dopey white everyman it doesn’t directly affect.

Synopsis: “On a remote homestead amongst the Martian frontier, a refugee family from Earth clings to hope for a better life. But when strangers appear in the surrounding hills and attempt to run them off, nine-year-old Remmy (Brooklynn Prince, The Florida Project) is faced with the desperate reality her mother (Sofia Boutella, The Mummy) and father (Jonny Lee Miller, Trainspotting) have tried so hard to keep from her.”

Why We’re Stoked: You had us at space Western. Speaking of—watch Prospect.

Twist: In theaters, on digital, and On Demand July 30.

Synopsis: “Inspired by Charles Dickens’s iconic novel Oliver Twist, this action-fueled crime-thriller set in contemporary London follows the journey of Twist (Raff Law), a gifted graffiti artist trying to find his way after the loss of his mother. Lured into a street gang headed by the paternal Fagin (Oscar® winner Michael Caine), Twist is attracted to the lifestyle — and to Red (Sophie Simnett), an alluring member of Fagin’s crew. But when an art theft goes wrong, Twist’s moral code is tested as he’s caught between Fagin, the police, and a loose-cannon enforcer (Lena Headey).”

Why We’re Stoked: Okay. This sounds like a dumb Guy Ritchie pitch. But check out this trailer. This looks fun.

Synopsis: “Based on The New York Times bestselling book by author Liane Moriarty, Nine Perfect Strangers takes place at a boutique health-and-wellness resort that promises healing and transformation as nine stressed city dwellers try to get on a path to a better way of living. Watching over them during this 10-day retreat is the resort’s director, Masha, a woman on a mission to reinvigorate their tired minds and bodies. However, these nine ‘perfect’ strangers have no idea what is about to hit them. “


The Shrink Next Door: premiering globally on Apple TV+ November 12.

Synopsis: “Inspired by true events, The Shrink Next Door details the bizarre relationship between psychiatrist to the stars Dr. Isaac “Ike” Herschkopf (played by Paul Rudd) and his longtime patient Martin “Marty” Markowitz (played by Will Ferrell). Over the course of their relationship, the all-too-charming Ike slowly inserts himself into Marty’s life, even moving into Marty’s Hamptons home and persuading Marty to name him president of the family business. The series explores how a seemingly normal doctor-patient dynamic morphs into an exploitative relationship filled with manipulation, power grabs, and dysfunction at its finest. The series also stars Kathryn Hahn as ‘Phyllis,’ Marty’s younger sister, and Casey Wilson as ‘Bonnie’ the wife of Dr. Herschkopf.”

Why We’re Stoked: It’s a crackerjack cast for a deeply disturbing story. You want spoilers? Check out The Shrink Next Door podcast.