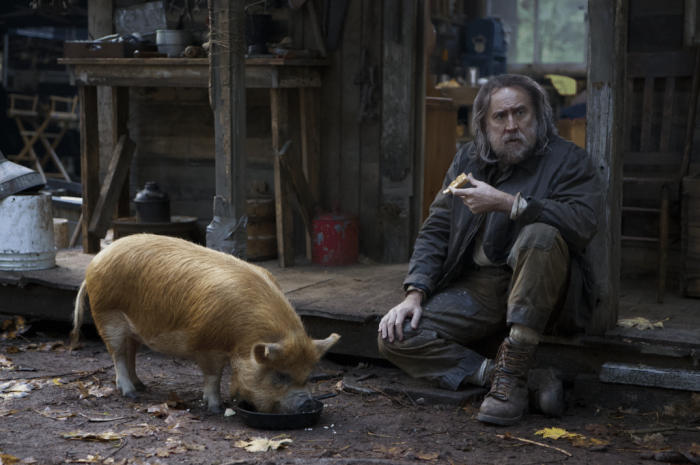 'PIG' Is The Best Kind of Movie MadLibs

Sometimes you wake up, pour yourself a steaming cuppa joe and say to yourself “Self, it’s Nic Cage Day.” And then you put on some Nic Cage movies and whatever else is going on around you doesn’t matter so much anymore. They don’t have to be particularly good Nic Cage movies, although I would argue that all Nic Cage movies have some kernel of goodness in them. I’m not talking about Leaving Las Vegas or any of that heady sh*t. I’m talking about Season of The Witch, Wicker Man, Next … Those are some seriously classic Nic Cage movies and I love them. I love his bad hairpieces, I love his overly dramatic line readings, I love the 1,000,000% commitment to Sparkle Motion that he brings to every project he’s cast in. Nicholas Cage really is one of the greatest actors of our age. And I won’t be talked out of it.

Imagine my surprise, after scarfing down some ridiculous Cage movies like the delicious vanilla soft-serve that they are, I found out that the cinema gods are blessing us with a NEW Nic Cage movie this year! And it looks like it might be a for real good Nicholas Cage movie this time!

Written and directed by Michael Sarnoski (whose IMBD credits are arguably shorter than mine.) PIG is the story of a man named Rob and his, well, pig. OK, it’s a truffle-hunting pig, and Rob loves it and then it is kidnapped (pignapped?). Cage’s character, a recluse living in the woods of Oregon, must then go find his pig! If you plugged Mandy, John Wick, and Babe into a movie generator I think it would spit out this script. And I. Am. Here. For. It. 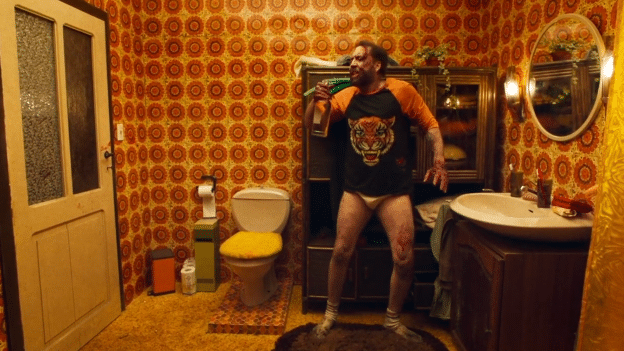 Goofy snark aside, this really does look like one of those rare projects where Cage gets to stretch his legs and remind us why he won that Academy Award. PIG will be in theaters July 16th.