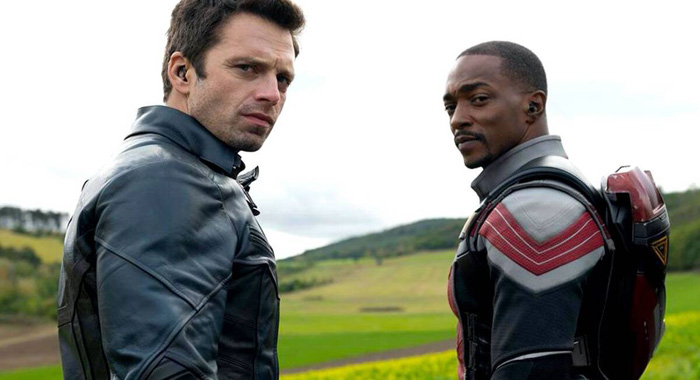 One of the concerns about Anthony Mackie becoming the new Captain America is that Anthony Mackie has a history of saying, well, some Anthony Mackie-type things. And he did exactly that when asked about Sam and Bucky’s bromance on The Falcon and the Winter Soldier, which he doesn’t want to see exploited by “people who are trying to rationalize themselves.” It was not great! (Variety)

Irina Shayk’s relationship with Kanye already has restaurants ratting her out for publicity, so that sounds fun. (Lainey Gossip)

Oh, wait, that “Chrissy Teigen wants to do an Oprah interview” rumor is from The Sun? Huuuuge-ass grain of salt, folks. (Dlisted)

Megan Rapinoe and Priyanka Chopra are a part of Victoria’s Secret’s big rebrand, which includes finally ditching the Angels. (Celebitchy)

Imagine being so racist you don’t want the day off https://t.co/ZoeueZWjXP

Jennifer Lopez has always felt that Ben Affleck is the “one that got away,” which has to make Marc Anthony, Alex Rodriguez, and Casper Smart feel awesome. Haha, remember Casper? She’d give him an “allowance” like he was 12, and oh yeah, he was basically her driver? Good times. (Page Six)

Jason Sudeikis talks about the chances of Ted Lasso going past Season 3. (EW)

Whoopi Goldberg absolutely went off on Meghan McCain today, but then they apologized later, which made me feel weird and sad. Is that healthy? (Uproxx)

If you watched Sweet Tooth yet, it’s f*cking great, and like Dustin, I had a blast watching it with my family. Anyway, here’s a great interview with writer Jeff Lemire about how he loves how the show deviated from his comic by showing a post-post-apocalypse. (Polygon)

So the “parents” that keep popping up on Fox News to freak out about critical race theory? They’re all GOP operatives. What a surprise. (Media Matters)

Pissing off Michael Strahan was the nail in the coffin for Chris Harrison. (THR)

Which books would you recommend people read to celebrate Pride Month? AndtheIToldYouSos and Emmalita kick off a conversation about finding LGBTQ+ books through Cannonball Read and recommending books to read (bonus - Rufus the Cat showing off his pride). Come share your recommendations, the books you are glad you found on Cannonball Read, and if you feel so inclined, your Pride pictures. (Cannonball Read 13)

← 'PIG' Is The Best Kind of Movie MadLibs | Only in Florida: A GOP Congressional Candidate Threatened To Send a Hit Squad After His Opponent →