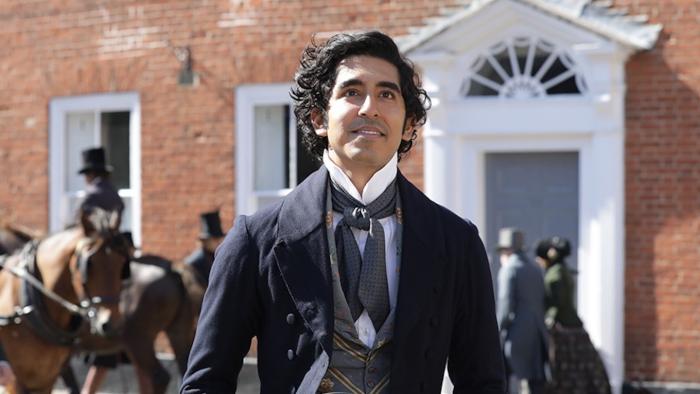 The Personal History, Adventures, Experience and Observation of David Copperfield the Younger of Blunderstone Rookery is one of Charles Dickens’s most popular and influential novels. It’s been adapted various times for the big and small screen, and now a new version comes to us courtesy of Armando Iannucci. The creator of Veep and The Thick of It is a big Dickens nerd, after all.

I actually reviewed the movie for the site when it premiered last month at the Toronto International Film Festival. It’s good! You should go see it. The movie just made its British premiere at the London Film Festival and will receive a UK release in January 2020. It was picked up by Fox Searchlight for American distribution but currently doesn’t have a release date, so keep your eyes open for that.

Oh go on then, let’s have some more Dev Patel images.

I keep seeing this photo of Dev Patel in period clothes all over my timeline, and first of all, how dare he? pic.twitter.com/wEO9VIameD

dev patel if u read this i’m free on tuesday and would like to hang out please respond to this and then hang out with me on tuesday when I’m free pic.twitter.com/azdFTBWUbN

Over the next year, we'll get no fewer than two period pieces starring Dev Patel. We are blessed. pic.twitter.com/GYCz6I4wfa

Now that my "Cast John Cho as Spike Spiegel" dream has come true, I shall use my casting powers for good.