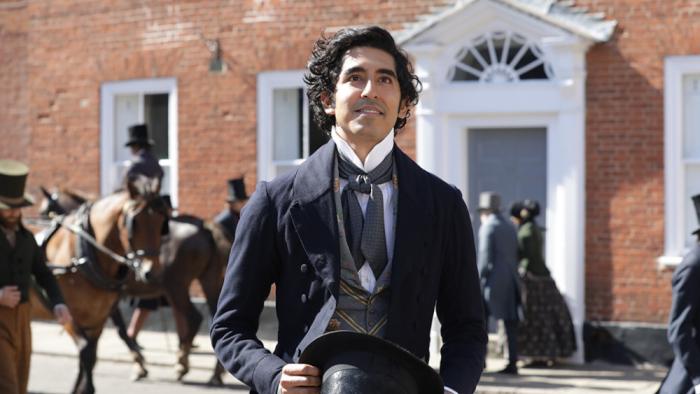 Now on Digital: ‘The Personal History of David Copperfield’ with Dev Patel is a Conventional But Enjoyable Crowd Pleaser

As a viewer, you come to expect certain qualities when you hear the name Armando Iannucci. The Scottish writer-director made his name with scathing satire of middle-age ineptitude with I’m Alan Partridge before helping to radically reinvent political comedy through bleakly prescient and creatively foul-mouthed depictions of the governmental hellhole via The Thick of It, Veep, and The Death of Stalin. At first glance, he may not seem like a natural fit for Charles Dickens, particularly his most deeply personal novel David Copperfield, but who else could match him for quick-witted dialogue and social commentary?

In adapting arguably one of the most well-known novels of the Victorian age, and one with plenty of movies and TV shows to its name, Iannucci has chosen the potentially surprisingly route of conventionality. There are no surprise flourishes or descent into classic Peter Capaldi sneered profanities in this one. Rather, The Personal History of David Copperfield has enough love for and faith in its source material to just let Dickens be Dickens. Hey, it’s held up for a reason, and the end result is a thoroughly enjoyable and traditional crowd-pleaser in the best ways possible.

Copperfield, played by Dev Patel, has a suitably Dickensian life. After a happy childhood with his doting mother and devoted housekeeper Peggotty (Daisy May Cooper), he finds himself on an unexpected path after his abusive stepfather sends him to work. The subsequent odyssey is one that will be highly familiar to many a high-school or English literature student: The rags to riches to rags and back again journey; the destitute friends and slimy social climbers; a young man’s coming-of-age and acceptance of what he really wants from his time on this planet; and, of course, all those silly names. With a few evident story changes aside — but nothing that would drag viewers out of the narrative or irritate Dickens purists — this remains Copperfield as he’s always been. Well, he’s not always been part of a truly color-blind cast, and the uniformly excellent choices for this vast ensemble prove to be the movie’s brightest part.

I could talk about Dev Patel all damn day. In fact, I have done so on more than one occasion (cast him as Bond, you cowards!) He’s an undeniable talent who’s slowly but surely building up a filmography deserving of his abilities, and with the role of David Copperfield, we see him perhaps at his most charming as well as his most acrobatic with Dickens/Iannucci’s language. He is an ideal everyman whose seeming normalcy is what helps him to become exceptional. Watching moments such as the scene where he helps Mr. Dick (Hugh Laurie in fine old-school Hugh Laurie mode) fly his kite, practically galloping through the grass with giddy abundance, are almost relieving. Finally, Patel is the star we’ve always known him to be. Morfydd Clark clearly has a ball playing the delightfully dim Dora, while Rosalind Eleazar has sharp and sweet chemistry with Patel as Agnes.

It doesn’t hurt to be supported by actors like Benedict Wong, Tilda Swinton, Ben Whishaw (almost too off-putting as the venomous slug Uriah Heep), Gwendoline Christie, and Peter Capaldi. The language never feels stuffy in their hands, nor has Iannucci tried to modernize it in discomfiting anachronistic ways like some period dramas I could name.

For those looking for something more in the vein of An Armando Iannucci Production, there may be some disappointed viewers. Nobody says the C-word or gets compared to a marzipan dildo (as funny as that would be) or descends into the sort of justified nihilism of corruption and ineptitude that makes his work so alluring. Rather, what I was most reminded of was the Coen Brothers’ adaptation of True Grit, a remarkably faithful adaptation of a popular novel that did not stray from its tone or style but felt utterly natural in its meeting of two minds. Sometimes, you’re unsure of where the source material ends and the adaptation begins. The rhythms feel right and you never get the feeling that Iannucci or his co-writer Simon Blackwell (a long-time collaborator) are struggling to keep a hold over this often epic and exhaustive material.

That conventionality is a strength, but it ultimately ends up being a weakness. You can understand Iannucci’s reverence for the material but the gentleness he commits to is in sore need of an extra bite. There are some interesting visual flourishes here and there but nothing that takes it out of the zone of your typical BBC Christmas drama. That’s not necessarily a bad thing, but that comfort can soon become tedium. Dickens was also a leading voice in social commentary, particularly the discrepancies between rich and poor during his time. You’d think Iannucci of all people would be all in on dissecting this chaotic time and the disheartening ways history has repeated itself, but he’s oddly tame. There’s a timidity to his approach that doesn’t feel at all like the guy who gave us Veep. The camera occasionally cuts to the degradation of London’s housing for the poor and the growing numbers of homeless individuals but does little more than that. In order to retain the story’s inherent joy for David himself, a lot seems to have been sacrificed in the final script edits. It’s a shame because you can easily see how another version of this film — or even a longer television mini-series — would give such moments breathing room and the necessary focus of a director’s intent.

Still, there is a lot to enjoy in The Personal History of David Copperfield and it will appeal to audiences far and wide. Chock full of charm, warmth, and actors of endless magnetism, you’ll find much comfort in this one, as long as you don’t expect anyone to tell you f*ckety bye.

The Personal History of David Copperfieldwas originally reviewed at a screening at the Toronto Film Festival in 2019.

← Sunday Morning Political Briefs: This Is Who They Are | Review: Pedro Pascal Stars In Sci-Fi Western 'Prospect' →