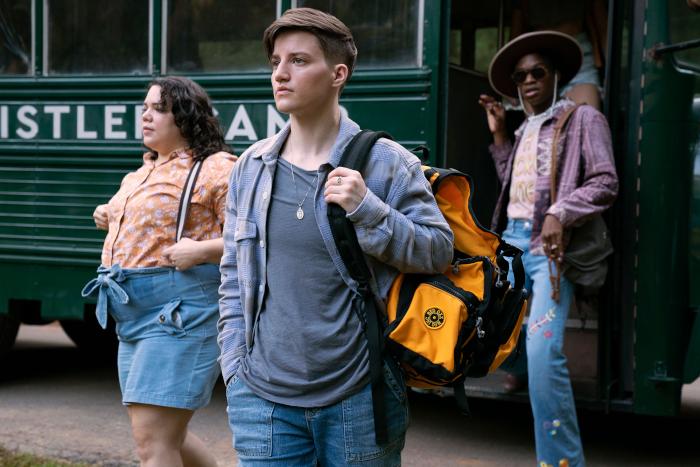 Trailer: At the Very Least, 'They/Them' Wins Movie Title of the Summer

They/Them, a Blumhouse horror flick starring Kevin Bacon, is set at a conversion camp, which is described by his character as “a safe space, for everyone.” Obviously, it’s not, hence the title: They/Them, pronounced “They Slash Them.” Get it? Get it?

It’s the kind of title that requires a film to be made around it. Fox News is already out there promoting the film for Peacock. How kind!

happy they/them summer to my fellow deoedipianized theys only pic.twitter.com/atjtWMasLO

Here’s the teaser trailer. There’s not much here, but does there need to be with a title like that?

“They/Them has been germinating within me my whole life. I’ve loved horror movies for as long as I can remember, I think because monsters represent ‘the other’ and as a gay kid I felt a powerful sense of kinship with those characters who were different, outlawed, or forbidden,” said John Logan, the writer/director of the film. “I wanted to make a movie that celebrates queerness, with characters that I never saw when I was growing up. When people walk away from the movie, I hope they’re going to remember the incredible love that these kids have for each other and how that love needs to be protected and celebrated.”