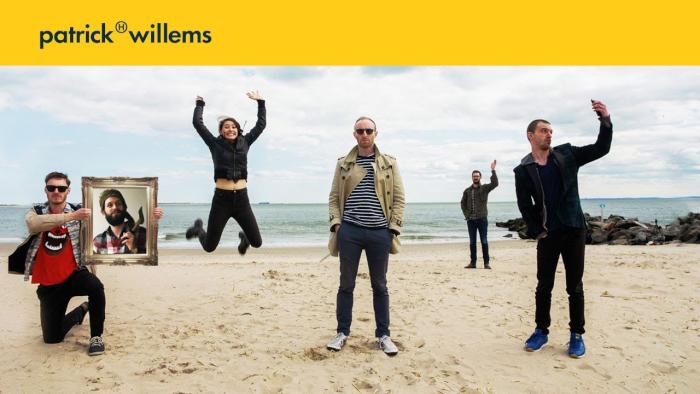 We all know the ways YouTube has become a terrible place, but I don’t wish to dwell on it because, f**k it man, what’s left to be said? But the thing is, by way of its sheer scale, YouTube is full of content that is good. In fact, there are some remarkable creators that deserve to be highlighted because they are using YouTube the way it was supposed to be used: As a platform for independent creators with scant resources but making the best use of the digital film revolution, providing us with something new, good and insightful. Actual content creators.

You will be familiar with some of these creators (this is technically a review), but maybe you’ll discover some new ones. Whatever the case, I’m sure this series will only increase your sunken cost anxieties, after you realize you’ve spent hours watching content that is free (ignoring what they’re doing with your data), while you still have seven prestige series in your eternal watchlist for every streamer you’re signed up for. You’re welcome!

So, sit back, make sure you etc., etc., etc. to increase these creators’ visibility, as most of them are getting royally screwed by YouTube’s algorithm and demonetization.

OK, but Patrick (H) Willems is actually too good for YouTube

When I came with the idea for this series, I thought it’d be easier than making a career out of telling gamegaters that every guy women consider hot is actually a beta. After all, I spend hours watching great stuff on YouTube and I’ve seen many of this channel’s videos many times over. It’s just a matter of selecting a few of the best, describe what his deal is all about, and type in a few insights.

I had forgotten that Patrick (H) Willems and crew have been making remarkable content for more than five years now. Cince I’ve been living in a floating timeline since before the pandemic, time is a flat circle no longer than 18 months.

Trained in film aesthetics and filmmaking, his content includes shorts-subject films, sketches, and video essays on film and media, the core of the channel. The essays are usually integrated in a surreal, season long narrative arcs that sometimes helps frame the subject, sometimes just graze it, sometimes are just a trojan horse for the essay. These essays are as thorough, well researched, and insightful as any academic publication. They go way beyond the depleted hunting grounds of YouTube’s film commentariat.

Basically, Patrick (H) Willems (and crew) are what happens when you grab a proper nerd, someone who actually paid attention while studying film in college, has interests that go beyond the Marvel-DC-Star Wars-80s Mainstream Movies circle jerk, train him in cinematic filmmaking on no budget and let him loose. Let’s dive in

You might be familiar with his (and crew) most popular production so far: “What if Wes Anderson directed X-Men?”, resulting in a collection of nine “Alternate Universe Comic Book Movies,” including a Werner Herzog-directed Ant-Man, Batman by way Tommy Wiseau or Noah Baumbach’s Spider-Man. And yes, this would make for a substantially more interesting MCU and a slightly less chaotic DCEU

My favorites are The Flash by Ingmar Bergman (in actual Svenska!) and Ken Burn’s Civil War, the Marvel one. There is a song quotation in the latter that is delightful.

You may also be familiar with his (and crew) takes on the MCU’s problems, basically, their visual shortcomings and their lack of earnest heart. Among other things.

When he focuses on mainstream stuff, those three or four franchises that inspire 85% of the content in sites like Screenrant or Comic Book Resources, he excels because he loves the medium, but the commentariat keeps focusing on the wrong stuff: The Krulls are supposed to be evil, The Mandarin should be a major villain, the Force isn’t supposed to do that, etc. Willems (and crew) go for the storytelling, the thematical construction, and structure.

As of lately, he’s claimed to be mostly through with making stuff about the big, mainstream franchises. Perhaps the exception will be his darling, the Mission Impossible franchise. Also, he (and crew) went against the internet dogma and decided to reassess Joel Schumacher’s Batman.

Also, he (and crew) have produced one of the most interesting deep dives on Michael Bay’s oeuvre. True to his training and comedy chops, only here you will find Ingmar Bergman being referenced in defense Michael Bay:

He has a series-within-a-series in which he (and crew) analyze the greatness of a given movie. The framework is him interrupting his adorable parents in the middle of the night, the latter providing sensible color commentary. They are total scene-stealers:

But his (and crew) greatest work has been analyzing either larger trends, themes, and resources in film, or when focusing on directors or movies that haven’t been paid enough attention or once had major buzz surrounding them. For example, how one Robert Zemeckis lost his way, but still comes up with interesting messes:

Two remarkable videos are his criticism of the internet’s obsession with movie plot holes (which was controversial within this subniche) and his dissection on movie realism. They should be required viewing in University creative courses:

When it comes to classic filmmakers, he (and crew) have gone all-in with experimentation. Makes for a remarkable pairing of storytelling and analysis, but gets him shafted by the algorithm. Here are his dives into Terrence Malick, TCM Classic Movies (with a great take on why Giant >>>> Gone With the Wind) and Francis Ford Coppola.

Some of his (and crew) finest videos so far are his deep dives on storytelling structures, genres and techniques, respectively, movie trilogies, the joy and history of needle drops and his destroying-with-facts-and-logic of musical biopics:

To finish this, and if you’re only going to watch two of his (and crew) videos, please check his emotional essays on Kiki’s Delivery Service and Greta Gerwig’s Little Women, where he infuses his academic approach with touching personal experiences as a YouTuber and as a guy:

Oh, and he would be really annoyed if I didn’t mention his love for Paddington and his narrative short films:

There’s plenty more worth at least a watch. I sincerely wish he (and crew) get their own franchise or Netflix deal or something.


← Reddit Asks the Question: 'What Kids Movie Has No Right Being As Good As It Is?' | Review: Nia DaCosta's Horrifically Entertaining 'Candyman' Keeps the Legend Alive →