Tiffany Haddish, Rose Byrne, and Salma Hayek Are Teaming Up For A Comedy, And You're Already Sold, Right?

Tiffany Haddish, Rose Byrne, and Salma Hayek are dumping the dudes and co-starring together in the female-fronted comedy, Like A Boss. This trailer has no shrill male comic snatching at their spotlight, no chuckling dope of a husband to crowd their frame, and no arrogant blowhard to ogle them. None are needed. Well, save for Billy Porter, who will have you witness his moment.

Haddish. Byrne. Hayek. Porter. Do you even need to see the trailer to be convinced to see Like A Boss? No. But hey, it’s Friday. Treat yourself.

Best friends Mia and Mel (Tiffany Haddish and Rose Byrne) are living their best lives running their own cosmetics company they’ve built from the ground up. Unfortunately, they’re in over their heads financially, and the prospect of a big buyout offer from a notorious titan of the cosmetics industry Claire Luna (Salma Hayek) proves too tempting to pass up, putting Mel and Mia’s lifelong friendship in jeopardy. The beauty business is about to get ugly. Like A Boss also stars Billy Porter, Jennifer Coolidge, Ari Graynor, Natasha Rothwell, Jessica St. Clair, and Karan Soni. 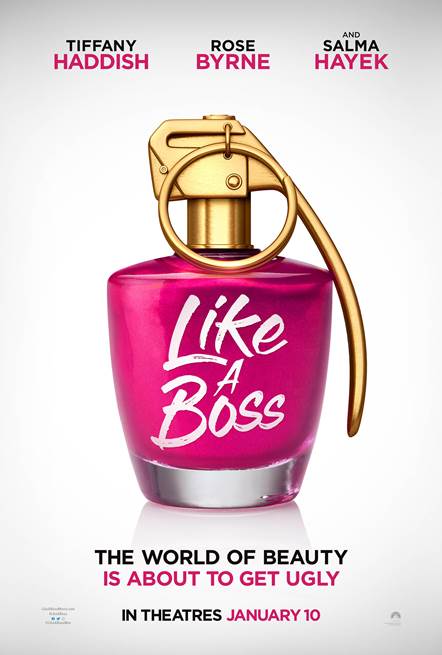