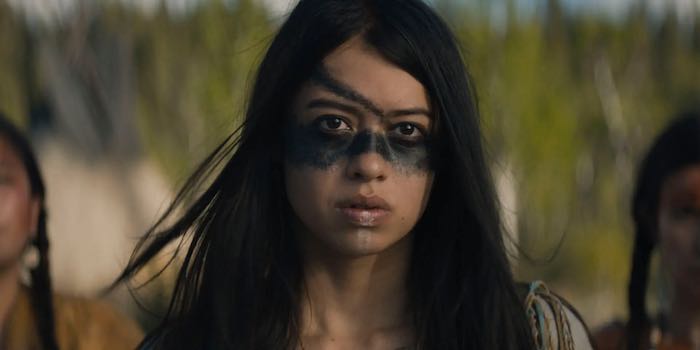 The Predator franchise, like the Terminator franchise, seems ripe for capitalistic exploitation. Alas, no matter how many times they remake or reboot, they haven’t really been able to crack the code. Nimród Antal’s 2010 Predators with Adrien Brody was fine, while Shane Black’s 2018 Predators was decent, too. And these movies do make money once worldwide grosses are accounted for, but they’re also fairly forgettable. The only one that anyone rewatches is the Arnie original.

Enter Prey, a prequel to the Predator series set in the Comanche Nation 300 years ago, where a killer bear is the least of their problems. It comes from Dan Trachtenberg (10 Cloverfield Lane), and it seems he knows how to hide the ball a little longer and develop some mystery. I’m vaguely disappointed that the Predator makes an appearance in the trailer, but I guess Hulu — which is distributing it — wants to treat it both as a stand-alone film and lure Gen X Predator fans to the proceedings.

It looks fantastic, and bonus: The filmmakers were committed to creating an accurate portrayal of the Comanche, which meant utilizing a cast made up almost entirely of Native and First Nations actors, as well as bringing in a Native Comanche producer, Jhane Myers.

Prey is out on Hulu on August 5th. It looks good enough that I’m disappointed it is bypassing theaters.