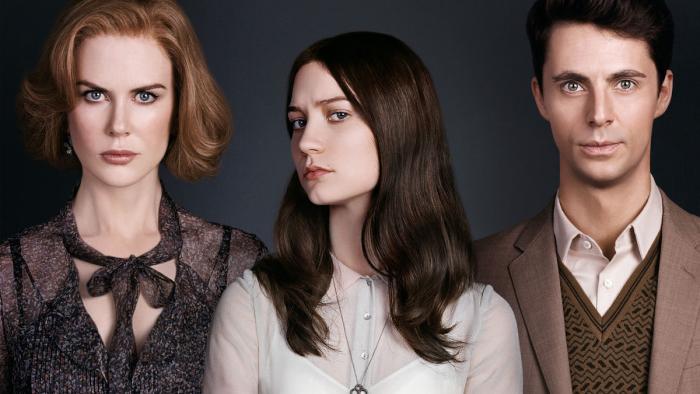 The Unacknowledged Shirley Jackson Adaptation You Didn’t Know You Missed

Top-tier auteur filmmaker Park Chan-wook is no stranger to literary adaptation. His 2016 film The Handmaiden, an elegant adaptation of Fingersmith, achieved critical acclaim and box office success. Park transmuted the novel’s story of romantic intrigue and betrayal from the shadows of Victorian England to the pristine and painterly homes of the Korean upper echelons during the period of Japanese rule. Masterfully shot and unabashedly queer, The Handmaiden was at the top of many critics’ lists of best movies for 2016, including mine.

But revisiting Park’s films, I got a jolt returning to Park’s 2013 tense, psychological thriller Stoker. When I first watched the movie years before, Shirley Jackson wasn’t at the front of my mind. But after reviewing Netflix’s The Haunting of Hill House, considering Josephine Decker’s excellent Shirley (2020), and rereading Jackson’s novels in the wake of her sudden and well-deserved trendiness, Stoker hit a different chord.

The first of Jackson’s books that I ever read was We Have Always Lived in the Castle. Originally published in 1962, it’s a slim gem of a book told from the perspective of the tremendously mentally unwell Katherine “Merricat” Blackwood, whose acute, magical perspective on her world gives the story a masterful eirie and taut cohesion. Years before our story begins, an infamous tragedy befell the wealthy Blackwood family, leaving only three surviving members: Merricat, her beautiful and beloved recluse sister Constance, and the girls’ Uncle Julian, who appears to be sustained by an obsessive need to document every scrap of the fateful evening.

The remaining Blackwoods live in a kind of strange, private limbo, sequestered at their grand family home from the hostile villagers who hold Constance responsible for the family tragedy. Merricat grows up happily untamed, devoted to Constance, and protecting the property from nefarious outside forces using makeshift spells of her own invention.

The unchanging private world of the Blackwoods is shaken when their estranged cousin Charles suddenly appears at the estate: a divisive figure who forms a tight, invasive alliance with Constance; is rude and dismissive toward the strange Merricat and Uncle Julian; and seems suspiciously focused on the rumored family money supposedly still somewhere on the property. Hostilities rise: disaster ensues. Merricat’s mystical, incisive, uncompromising, and neuroatypical point of view makes the burgeoning landscape of memory, loss, and isolation all the more stunning.

Enter Stoker, almost exactly half a century later: Evelyn and India (in lieu of Constance and Katherine) live alone in their grand house in the wake of a family tragedy, played respectively by Nicole Kidman and Mia Wasikowska. They are mother and daughter, rather than siblings. India is a strange, withdrawn young woman whose silence and intensity are marked by laser-focused attentiveness, by the insistence that she can hear and see and sense details that go unnoticed by other people. She inhabits a kind of painful, isolated wonderland—climbing vast twisting oaks and slumping in overlarge chairs with overlarge books—absorbed by the sensation of a spider crawling up her stockinged leg or the gradual cracking of an eggshell. The characters are bound together as lone survivors of their family name, or so they think. Into their tenuous isolation comes Uncle Charlie (Matthew Goode), a surprise relation seemingly appearing out of the blue. He becomes their primary window onto the world outside their grand and dismal house, but he also seems to want some undefined something from the women. Tensions rise, alliances are formed, disaster ensues.

It’s much more common for Stoker to be compared to Hitchcock’s Shadow of a Doubt (1943), and while the Hitchcock links are flagrant in any number of ways (not least of which that screenwriter Wentworth Miller cited it as an influence), on a gut level I’m doubtful it was alone as the film’s source material. Stoker may rehash the premise of We Have Always Lived in the Castle loosely, with its keystone similarities of names, setting, character dynamics, and offhand mentions of poisoned dinners, but where the similarities really shine is in the tone and attentiveness in Park’s storytelling. India and Merricat are spooky mirrors: both have a sense that their world is layered with magic, magic bound up in the power of objects and memory, the significance of glances and hesitations that are read as simply strange at first and then become a language all their own.

Stoker has a precise, heavy dread that Merricat’s perspective doesn’t convey, and there are other pointed twists as well. The dead patriarch of the family was adored by the townfolk in Stoker, rather than reviled. India has a suspicious fascination with Uncle Charlie—not sheer dislike, but a kind of delicate recognition. Something is deeply off in both of them. Their match of wills and is not the straight antagonism of insider for outsider as in We Have Always Lived in the Castle. It has a quieter danger, a fractured and unspeakable fixation. The disaster waiting to be realized has a very different shape.

Part of that new disaster deals with the feminine monstrousness at the heart of We Have Always Lived in the Castle. (Here be spoilers for both book and film!) Merricat, it is gradually revealed, murdered many members of her family in an act of disproportionate revenge for being sent to bed without dinner (there’s a lot more to say here about the depiction of Merricat’s mental illness and its echoes of the limited/very problematic understanding of conditions like autism at the time of the novel’s publication, but that’s another essay).

Merricat’s monstrousness as a character forms the core of the novel: she is a force of single-minded and absolute destruction, unshaken by remorse and happy in the broken world created by her acts of devastation.
In Stoker, the complicated depths of adolescent female destructiveness is given a more nuanced arc: rather than an unchanging staple at the heart of the story, India’s path is about discovering her own monstrousness by recognizing it in her uncle, gradually coming to understand that they share the same deep tendencies toward violence. India, though, rejects her uncle’s grisly guidance: instead, she becomes her own monster, her own force to be reckoned with.

Both Merricat and India share a near-mystical penchant for destruction: whatever comes into their hands can be crushed, but the destruction will be beautiful to them. They cross taboos of behavior with serenity and purpose. These powerful girls are the monsters at the end of the book, and they are also our heroes.
The book-film connection was first picked at via an academic lens, years after the film’s release, by Bernice Mary Murphy of Trinity College, as she used We Have Always Lived in the Castle to explore Merricat as “one of the most quietly influential and yet most under-appreciated depictions of the mentally disturbed female adolescent in American pop culture”; her work was published in Shirley Jackson: Influences and Confluences (eds. Lisa R. Kroeger and Melanie Anderson), in which Murphy called Stoker a possible “unacknowledged adaptation of Jackson.”

Adaptation may be too simple a word to apply to Stoker in a technical sense: homage, interpretation, or tribute might fit a bit more comfortably. The languid threads that tie Stoker to We Have Always Lived in the Castle are many, though, and the delicate, spellwork art of transmuting stories from one form to another is far from something anyone can pin to a board and plot with exactitude. Like Netflix’s The Haunting of Hill House, Stoker does not directly transmit the novel’s plot to its on-screen equivalent. Rather, they take the gothic magic of Jackson’s stories and weave them into something exquisitely new.

Whatever the case—whatever the coincidence or confluence—Stoker is a brilliant film with the ghostly uneasiness of Jackson’s novel echoed in its beautiful rendition of cruelty, isolation, and the delightedly monstrous feminine.


← The Cruel 'This Is Us' Writers Deliver a Doozy of a Penultimate Episode | 5 Shows After Dark: 'The Goldbergs' Ninth Season Finale, 'The Deep End' Series Premiere →