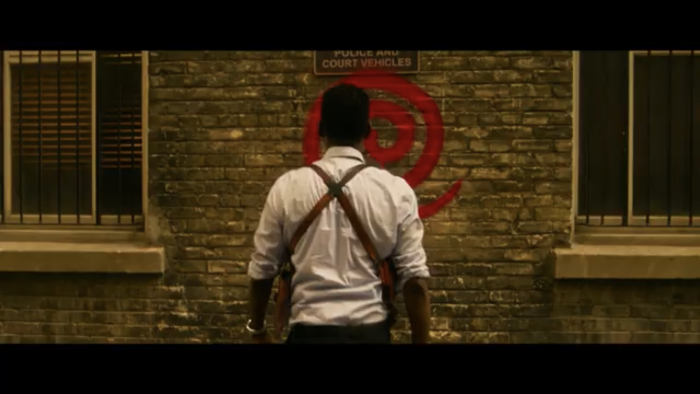 A new trailer just dropped for Spiral: From The Book Of Saw along with a shiny new release date (a whole year after its original intended release). I’ll start with the full disclosure that I consider myself a fan of horror movies, but not of the Saw franchise. Just not my bag. After seeing the first one, which I liked just fine, I distinctly remember watching the second and not wanting to go further than that.

I’m here today to tell you that my mind may have just been changed.

The new trailer for Spiral, which stars Chris Rock (who developed the story) in an incredible career pivot, is intense, moody, beautiful-looking, and filled with references to the lore surrounding the franchise. All of those elements make me want to not only see this film but explore the ones that came before it.

Rock is a big Saw fan, which drove his desire to do this film, and I think that fandom is evident in this trailer. It also doesn’t hurt that they have a returning director in Darren Lynn Bousman who helmed Saw 2, 3, and 4. There seems to be a goal to reinvigorate the franchise here and hell, I’m on board.

For me, there’s something incredibly enticing about a horror franchise that’s had as many continuous sequels as Saw has (clocking in at a whopping nine movies including this one). At a certain point, the mythology behind the characters and the world becomes almost more exciting than the films themselves. So much so that you’ll even put up with a lesser title just to get some of that sweet, sweet, serialized storytelling and wacky world-building. I’m looking at you, any of the Halloween sequels!

There is of course the other incredibly intriguing element of this movie: Chris Rock’s involvement. The idea of Rock writing a treatment for and then starring in a Saw film almost seems insane, but here we are! I honestly can’t wait to see what he brings to the table. It feels similar to the involvement of Danny McBride and David Gordon Green in the Halloween franchise (just staying in my lane).

I’m still buzzing like a… saw (I’m so sorry) from this trailer. I will likely go back and watch the other installments in preparation so I can get all the references. I’m excited! Is that coming across?


← Starz Cancels 'American Gods,' One of the Shows That Was Supposed to Put It on the Map | Trailer Round-Up: 'Star Wars: Bad Batch,' Guy Ritchie's 'The Wrath Of Man,' And 'The Night House' →