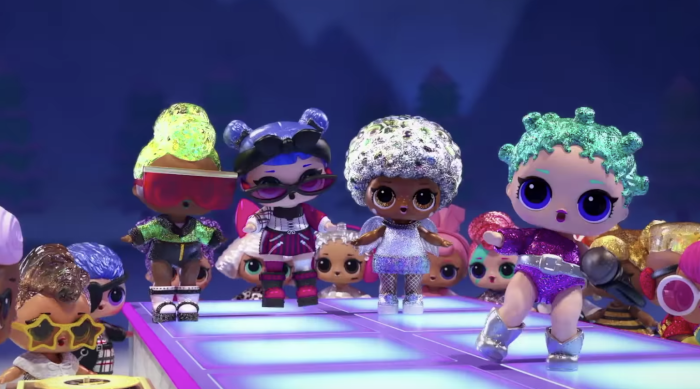 Almost all modern parents have gone through the following experience (and several of us have written about it here): We are trying to have an adult conversation with someone else, or we want to spend an extra 20 minutes sleeping, so in a moment of pure fuck it, we hand our phone to a four or five year old and say to them, “Here. Go over there.” Invariably, even if you don’t have YouTube on your phone, or if you’re still using a flip phone from 2008, your kid will somehow — as if by magic — find her way to an unboxing video. Across the room, the parent will hear a voice emanating from the phone that is half soothing and half grating, and we will peer over our child’s shoulder and see a pair of hands on the screen, unwrapping toys, while a disembodied voice describes what it is the hands are doing.

Seeing these videos will register a sort of disgust, but seeing the rapt faces of our children watching a pair of well-manicured hands open a piece of cheap, plastic sh*t made in another country by someone who gets $.50 an hour is also a welcome nod from the universe: The next time you want to be left alone in the bathroom for five goddamn minutes or listen to that story on NPR without your child interrupting the soothing voice of Steve Inskeep, these unwrapping videos provide a free respite from mundane questions like, “What’s for dinner?” which as every parent knows is a trap question. Don’t answer it, Bill! Because if you answer incorrectly, every second from that moment until dinner is served will consist of a torrent of protests. “I don’t like Tikka Masala, Dad. Can’t we have something else?” “How do you know you don’t like it? Have you ever had it?” “Yes. We had it for snack at school.” “Did you?” “Yes.” “What’s it called again?” “Tilikum Oleta.” “Really? You ate a killer whale from Sea World for snack at school?” “Yes.” “And you didn’t like it?” “No.” “Good, because we’re having Tikka Masala, which is completely different.” Repeat. Repeat. Repeat. “Here’s my phone. Take it. Go over there.”

Eventually, however, your children will grow older, but those unboxing videos will come home to roost. You thought that allowing your children to watch a woman’s hand reach into the bowels of Melissa and Doug and pull out some cheap-ass stacking toys and a Pop-beads jewelry making kit wouldn’t someday come back to haunt your ass?

Well, that f**king day has come. When your child turns six or seven or eight, watching others unwrap toys will not give them the same high it once did, and they will need their fix. Capitalism has been generous enough to offer it in the form of a number of toys, primarily Shopkins, Hatchimals, and LOL Surprise Dolls. These are toys that are designed not to be played with, but to be unwrapped. 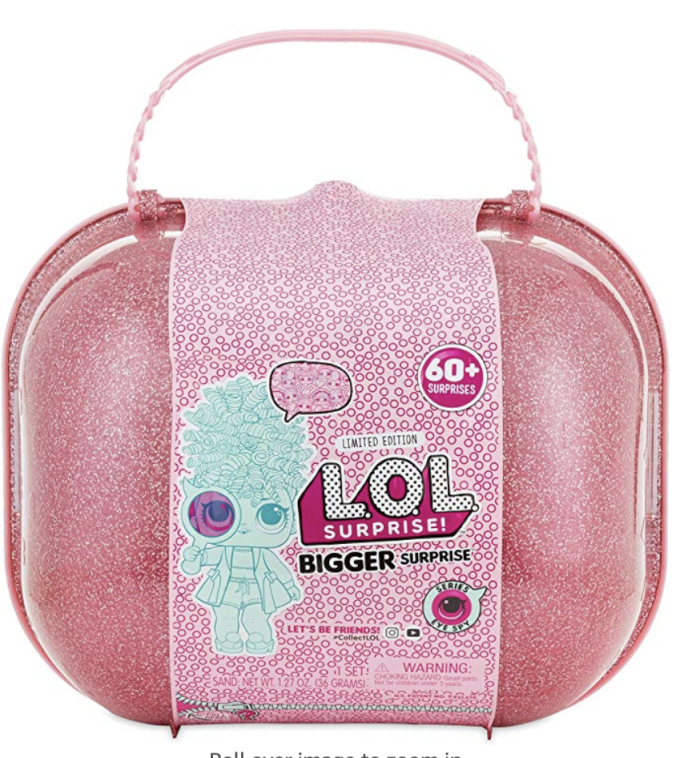 To wit, the case pictured here retails for about $75. Inside that case, are several more smaller cases of varying shapes and sizes. Inside those cases are about 60 shitty toys, each individually wrapped in a plastic made with enough petroleum to fuel your SUV for the next decade.

You don’t have to buy the case, of course. You can buy individual LOL Dolls, which are wrapped in layers and layers of plastic, which you will spend the next week of your life picking up from various corners in your house. The LOL Dolls inside, however, are not the appeal. The lure is the surprise. Your child will jump around as though she hasn’t peed since the Obama Administration. Your child will approach each of these LOL Doll packages with a level of giddy excitement one usually reserves for spotting Keanu Reeves doing yoga in a strip mall with a group of stay-at-home mothers. Your child will squeal with anticipation as though it is Christmas morning, she hasn’t eaten in two weeks, and the only presents under the tree are juice boxes, Goldfish, and ham hocks. This squeal of excitement will be so piercing that it will take six weeks for your eardrums to recover.

Then your child will open the LOL Dolls frantically, like a zombie competing with two others to see who can rip off the most flesh before devouring the whole of a human. Your child will act as though her very life depended upon unwrapping this toy. She will throw her entire body into it. Her fingers will look like a cartoon Tasmanian devil, and splinters of fingernail will shoot from the chaos like cookies from the mouth of the Cookie Monster. The heat from the activity will partially melt the plastic like Shrinky Dinks in a broken toaster oven.

The entire experience will last all of 20 delirious, frenzied seconds. Your child will finally pierce through enough plastic to see the surprise at the center. She will yank it out, like George Costanza removing a golf ball from a whale spout. She will eye that surprise doll for maybe three seconds, she will say, “Oh cool! I love it!” and then she will put it aside, cast it off, and beg for another. But the doll will sit on the floor for a few hours, before it is added to a toy box containing dozens of other LOL Dolls, unplayed with. Because it was never about the LOL Doll. It was about the surprise. It was about the unwrapping. For $8.19, we give our children 45 seconds of pure bliss before she asks, “What’s for dinner?”

Earlier this year, my daughters received a gift card from Target for their birthday. I decided to take them to Target and let them use it. Before we left, however, my wife reminded my daughters of the destruction that LOL Dolls do to the environment. That the plastic that they are made of and wrapped in does untold damage to the oceans. My wife basically said to them that if they used their gift card to buy LOL Dolls, the sun would come screaming out of the sky and burn the entire planet to a crisp the moment the Target cashier rang them up.

My daughters, conscientious girls that they are, decided then and there that they would not buy LOL Dolls. That they would do a solid for the planet. They insisted on the entire drive to Target that they would remain steadfast in that decision. However, the very second we arrived in the Target toy section, their defenses broke down, like Robert Downey, Jr. trying to refuse blow in 1996. They could not resist the lure of the pink, sparkly packaging and the secrets inside of them. They spent 20 minutes rationalizing the decision to themselves, and another 20 minutes trying to convince me of their rationalizations. The pull was too great, and eventually, we parted ways with the seeds of our planet’s destruction in hand.

This is what they said. They said, “Dad. It’s OK. We just won’t throw the plastic away. We’ll keep it in our rooms. That way, it will never end up in landfills or the ocean.” I smiled and nodded, and quietly rued the day that I allowed them access to my phone so that I could spend an extra ten minutes in bed.

And now, there is a LOL Doll movie. But my daughters? They are not interested in seeing the movie, in part because it is directed to younger children. But mostly, because the movie misses the point. It’s not about the dolls. It was never about the dolls. It’s always been about the unwrapping.

← Recap: 'His Dark Materials' Begins with a Whirling, Confusing Introduction to 'Lyra's Oxford' | Bernie Sanders' Critique of the Media is Not the Same As Donald Trump's Attacks Against It →