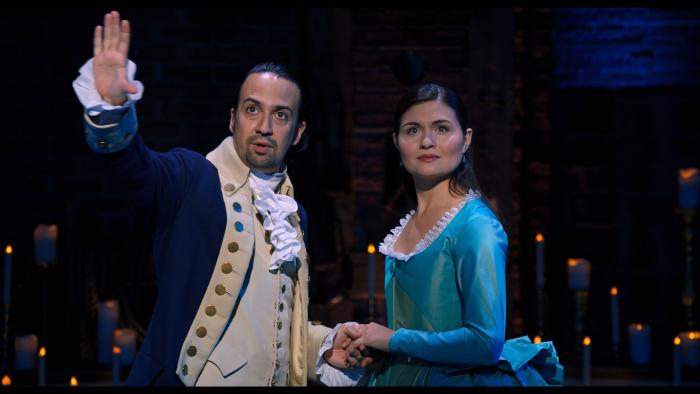 The 'Hamilton' Trailer Has Landed: Soon You Can Be In The Room Where It Happened

Hamilton is coming to a TV near you, but only if you have Disney+. Earlier this month, Disney revealed they’d be releasing the immersive recording of an original cast performance onto their streaming service for the 4th of July holiday. Last night, the trailer for this Broadway event hit ESPN and ESPN2 during 2020 ESPYs.

Created by Lin-Manuel Miranda, Hamilton explores the incredible life story of founding father (without a father), Alexander Hamilton. The hip-hop musical cast race-blind, breaking boundaries for people of color in theater. It was a hot ticket for years, a cultural phenomenon that launched the careers of Miranda, Leslie Odom, Jr, Daveed Diggs, and Anthony Ramos from stage to screen. And now, this OG cast that took home Tonys and performed at the White House when that meant something is coming home to you.

Check out the trailer below:

Disney provided more details about this incredible production in their press release:

Unmentioned is whether or not the musical’s OG content will be censored to better suit Disney+’s conservative brand.

Update: LMM has addressed the censorship question on Twitter. There will only be one f*ck to give!

…I literally gave two fucks so the kids could see it:
1. In Yorktown, there's a mute over "I get the f___ back up again"
2. "Southern *record scratch*kin' Democratic Republicans."
You can sing whatEVER you like at home (even sync up the album)!
Love you. Enjoy.