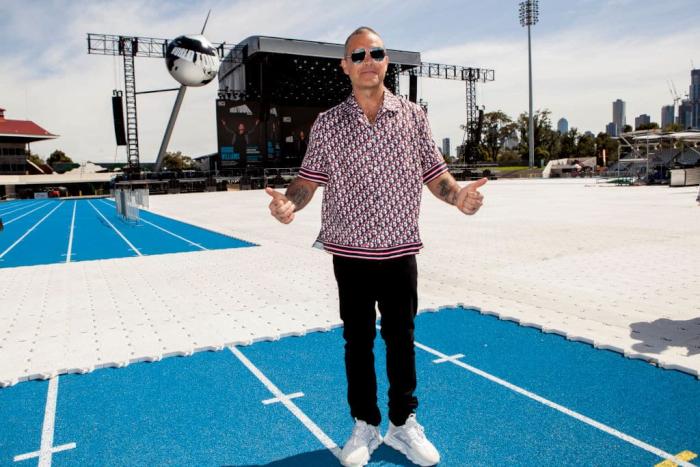 Do Americans know who Robbie Williams is?

The singer and former member of Take That is a very big deal in the UK and has a worldwide fanbase, but he was never able to crack the U.S. market. Indeed, it’s the millstone that Williams has carried around his neck for years. You can sell over 75 million records worldwide, be one of the biggest selling musicians in history, and have 11 out of your 12 albums reach number one in the UK, but if America doesn’t care, then you’re not really a star. So the legend goes. All of this is to say that I am deeply fascinated and kind of baffled by the news that we’re getting a Robbie Williams biopic.

Currently being shopped under the title Better Man, the film has The Greatest Showman director Michael Gracey on board and he’s reportedly hoping for a budget of around $100 million. Why, you ask? Because, according to Deadline, Williams himself will be portrayed by a CGI monkey. Yup. This is the world in which we live.

I feel like I should blame Bohemian Rhapsody for this. After that truly abysmal movie made an eye-watering amount of money at the box office — very close to $1 billion worldwide — we’ve seen an influx of musical biopic announcements in the trades. Rocketman did well for Elton John and won him another Oscar. We’re getting a Bee Gees movie and a Whitney Houston one too. A whole lot of musical estates have realized how much cash can be mined from these polished, historically smudged vanity projects. Sure, Bohemian Rhapsody was a homophobic piece of crap that sh*t all over the legacy of a man who’s not here to defend himself, but think of all the ivory back-scratchers Brian May can afford now!

The thing about the Robbie Williams story is that there’s definitely a way to make this an interesting project. Focus on his attempts to crack America. He received the biggest music deal in British history in 2002 when he signed an £80 million contract with EMI. He did a terrible rap album. He spent a lot of time getting weirdly obsessed with UFOs. He holed up in a giant house and went full egotistical maniac. It could be a gloriously bonkers movie. Imagine Howard Hughes as a Britpop singer gone wild. I doubt we’ll get that, though. Williams is working on this project too and I don’t expect someone whose as, how shall I say, self-confident as he is to allow anything truly perceptive or prickly to worm its way into this narrative. He’ll sell a lot of records, which is the point. That’s the only reason movies like this exist anymore.

For anyone wondering about the significance of the money — Williams has a song called ‘Me and My Monkey.’ It’s… not his best song. So this bodes well for this movie!