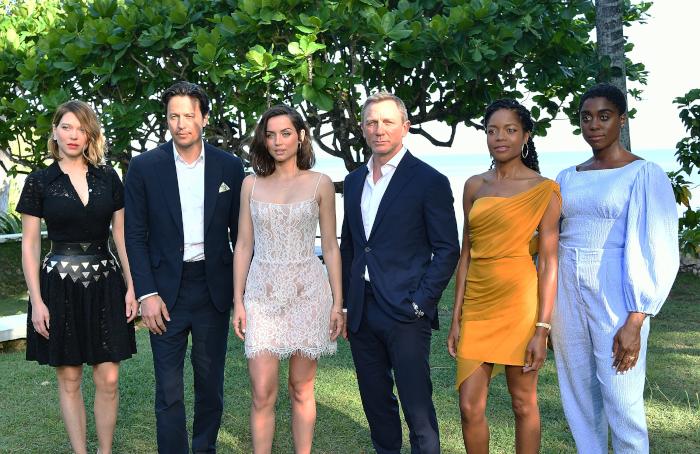 The 'Final' Trailers for 'No Time to Die' Are Out, Plus a Retrospective on Daniel Craig's Bond is Coming

If you’re a Bond fan, you have to admit that Daniel Craig’s tenure changed everything, probably for the better, despite his films having a mixed record so far: One that rules, followed by one that’s a total trainwreck. Repeat once. Will No Time to Die follow the pattern and be great entry? It has all the pieces you would need for one: A great director, a great script doctor, a Lashana Lynch and an Ana De Armas and a real need by Craig to end on a high note. On the downside, this has been the most troubled Bond production in its entire history, not counting the Pandemic.

The “final” trailers for James Bond’s 25th installment have been released. I fear even using the quotation marks on “final” might jinx the release date once again, and I’ve been really looking forward to this since April 2020. After all, the franchise’s 60th anniversary is next year, and that serendipity of numbers is too tempting not to go ahead with one further delay.

We have brand new footage for both trailers. The US one starts with footage from Casino Royale, Skyfall, Spectre and a very vague callback to Quantum of Solace. Apparently, they have decided to go all in with the “trust us, this is a coherent series that leads somewhere.” Craig’s run came just as the MCU and serialized movie franchises became the norm, and the Broccoli’s biggest misstep is trying to catch up with those universes. Either you do it the Feige/Gilligan way, planning everything several years ahead, or just leave it. Still, it was a worthy try and they did manage to make Bond a more interesting character.

There is brand new footage too: Ralph Fiennes’s M complaining about how the spying game is all over the web, instead of people killing each other in the moment; Léa Seydoux Madeleine Swan looking sad and a brand new tidbit about Rami Malek’s Safin: He’s also in love with Madeleine… which gives a new layer of creepiness to the theories that he was the man that tried to kill her when she was a child!

The international trailer also has more of the moral ambiguities of the spy game, more suspicions being cast on Madeleine, Bond in a skinking boat, more shots of Lashana’s Nomi/New 007, and Bond infiltrating Safin’s lair and Ben Wishaw’s adorable Q being adorable.

In addition, a documentary on Daniel Craig’s Bond will be released, for free, on Apple TV from September 7 to October 7.

We were talking on Slack how the featured quotes by Craig seem to contradict his apparent grumpiness about the role. But it’s probably graduation goggles.

(Pure trivia aside: I am 95% sure that this is the first movie where Bond uses an assault rifle).

← Review: 'Habit' is So Busy Pissing Off the Religious Right That It Forgets to Do Much Else | An Entomological Quibble: The Bees in 'Candyman' are Basically Wasps in Real Life →