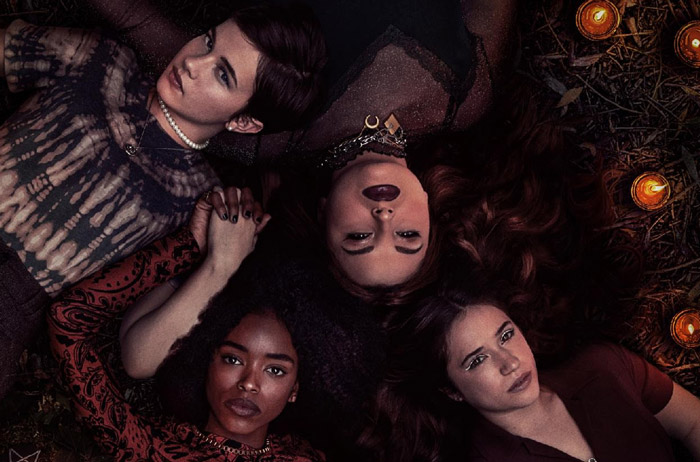 'The Craft: Legacy' Trailer Reveals THIS IS NOT A REMAKE! IT'S A SEQUEL!

Welp! Earlier today we predicted the trailer for The Craft remake would be hitting soon and now it’s here! And guess what, weirdos, it’s not a REMAKE! It’s a sequel!

Check out the trailer for The Craft: Legacy:

Okay. Fans of the original will recognize some stark similarities: Four girls find empowerment in witchcraft. There’s a bullying boy who needs to be taught a lesson. Light as a feather stiff as a board proves a pivotal moment. AND HOLY SHIT THAT’S NANCY!

Cailee Spaeny, Gideon Adlon, Lovie Simone, and Zoey Luna star as the central coven. Michelle Monaghan plays a concerned mom, while David Duchovny is her new man. The teaser reveals these girls walk in the steps of the witches who came before, even snatching their catchphrase, “We are the weirdos, mister.” So what other surprises might this sequel from writer/director Zoe Lister-Jones have in store?

Will we discover Momma Michelle is Sarah Bailey (originated by Robin Tunney) all grown up? Is that where her daughter’s power comes from? Does David Duchovny’s character have ties to the original coven? Will Fairuza Balk, Neve Campbell, or Rachel True reprise their roles in spooky cameos?

We’ll find out when The Craft: Legacy hits on-demand everywhere on October 28.

← Eddie Redmayne Under Fire For Seemingly Supportive Comments Towards J.K. Rowling | Stephen Colbert is the Best Late Night Host to Tell You About Trump's Taxes →