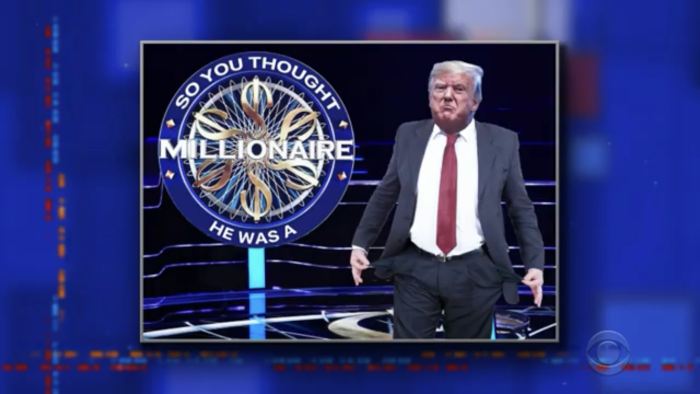 If you’re like me, the current news cycle feels so endlessly soul-crushing that you need a late-night host with a calm, strong daddy voice to explain it to you with some humor. I love John Oliver, but his unbridled passion will often leave me feeling more revved up than pacified. Do I stan Conan? Absolutely! However, Mr. O’Brien has often taken a stance of avoiding political comedy as he feels others can do it better. Whoever shall I turn to?!

Since his early days on The Daily Show, it was evident that Stephen Colbert has a knack for political discourse. He even took his talent and brought it over to his own show, The Colbert Report. Here he created a satire of the political right that was so strong, some didn’t even know it was supposed to be funny. Years later, when David Letterman retired, Colbert moved over to CBS for a more traditional show, now able to drop his Republican persona and be there for me when the news of Trump’s taxes hit this week.

At the risk of oversimplifying, everything you assumed was shady about Trump and his taxes is likely true and possibly illegal. This all came from a piece by the New York Times. It was a bombshell report that I’ve had trouble escaping the last couple of days. I was wondering which late-night host would explain it to me in a way that felt soothing and funny and ding ding ding, it was Stephen Colbert.

Clad in his tieless outfit and staring at me with a calm sophistication that somehow manages to also be incredibly down to Earth, Colbert spent most of his opening monologue discussing Trump’s returns and their implications while dancing and almost choking on a Mallomar. You can watch the video below and, if you’re like me, feel a little bit better about this incredibly messed up situation that certain people are actively trying to spin.

← 'The Craft: Legacy' Trailer Reveals THIS IS NOT A REMAKE! IT'S A SEQUEL! | Bold Move, 'Spooky House,' Bold Move, Ben Kingsley →