'The Call Of The Wild' Review: Just Because You Can Doesn't Mean You Should

The good news is that The Call of the Wild is a suitably entertaining, well-meaning adventure story. Screenwriter Michael Green has crafted a savvy, if not exactly faithful, adaptation of Jack London’s classic story — one that wisely jettisons some of the more problematic bits and tones down the violence. It’s still ultimately about the trials and tribulations of a sled dog in the Yukon, and the people he meets along the way, but fewer animals die on screen and the villains of the story have been updated from rampaging Indigenous people to… a rich white guy played by Dan Stevens. In fact, the movie has got a great supporting cast, though some, like Twin Peak’s Michael Horse and Doctor Who’s Karen Gillan, are little more than cameos. Perhaps most importantly, the main characters, Harrison Ford’s John Thornton and Terry Notary’s Buck, have bigger and more impactful emotional journeys in this version.

Buck, by the way, is the sled dog. Who, again, is played by Terry Notary, a wonderful physical performer who is very much not an actual dog, no matter how well he can act like one. And that is the ultimate conceptual failure that The Call of the Wild can never quite overcome: telling the story of a dog discovering his natural wild instincts by imbuing him with all-too-human characteristics.

When I say that the film’s heavy-handed use of CGI on the dogs is distracting, please understand that I’m not saying it’s bad exactly. It’s hardly seamless — you never at any point think you’re looking at a real animal, though the animation work is still pretty impressive. By halfway through the movie it even stopped taking me aback, like I’d adapted to the film’s particular uncanny world and started accepting that yes, dogs just look like that and yes, they’ll still make me cry. What I mean by distracting is that, even as I adjusted to the weirdly expressive animals breaking my heart on screen, I kept thinking about why we insist on humanizing dogs. Why we look at our puppies and think they’re smiling, or guilty, or know the actual words that we’re saying. There is a long history behind how humans domesticated dogs, and how those dogs in turn have adapted to read our expressions and reciprocate… to a point. If we reward a dog we think is smiling, it will learn to make that expression again, even if wagging its tail is what it really does when it’s happy and the open-mouthed/ tongue out thing just meant it was hot that one time. To a certain extent we are always looking to see our emotions reflected in our four-legged friends, and The Call of the Wild delivers on that expectation to the Nth degree. Buck doesn’t just cock his head or nuzzle lovingly, he side-eyes and throws shade. He makes Thornton quit drinking with a judgmental stare (and then steals the liquor bottle and hides it for good measure). He shares his food with hungry dogs, and — in one key fight for dominance that was changed from the novel — he even shows mercy. He behaves the way we want him to, so that we can empathize with him as our protagonist, though at times it means he’s not actually behaving much like, you know, a dog. It should come as no surprise that the director, Chris Sanders, hails from animated films like Lilo & Stitch and How To Train Your Dragon, where empathizing with heroic, humanistic creatures is par for the course. He knows how to craft that kind of protagonist, and he does it here. But just because you can, it doesn’t mean that you should.

Domestication is something The Call of the Wild, both the book and this film, reflects on too. Buck experiences the best and worst of humanity. He’s spoiled with love and brutalized for labor, and all of it — the good and the bad — takes him further from his essential nature. Those primal instincts are still there, though, at the edges of his perception, and he learns to follow those instincts to freedom. Yet the only way this movie knows how to tell that story is to hire a man to play a dog that expresses human-like emotions. The cognitive dissonance of that is staggering, and I couldn’t stop thinking about it throughout the whole movie. Of course, it could have been worse. I’m thankful the film left the narration to Ford’s character and didn’t give Buck a voiceover, but is this the better answer? Is Buck so distractingly emotive precisely because he’s been domesticated, or is it just the default setting of our studio system to make sure the kiddies stay engaged — despite the fact that kids and adults alike have fallen head-over-heels for REAL LIVE DOGGOS for centuries?

I digress. So: Should you watch The Call of the Wild? I mean, I’ve seen way worse dog movies (A Dog’s Way Home, #neverforget). I mentioned that the violence has been toned down, but there are still a few moments of abuse, a dog fight and one dead rabbit that might be unsettling for younger viewers. Still, the overall message is solid and the film is effective. Harrison Ford is in his element as a craggy old man who makes you all soft inside, and despite the CGI, I still fell hard for Buck’s heroics (that river rescue!). Did I mention the movie made me cry? I cried several times actually, because… well, because I’m a human who is a sucker for dogs, or even the suggestion of a dog-like being apparently.

In fact, I shared this observation with my fellow Overlords here, and ol’ Boss Man Rowles piped up with this zinger: “Well, when you cry, just think about that man licking the tears off your cheek.” So anyway, y’all are on your own. Watch it or don’t watch it. I’m gonna go wash my everything off and hug my REAL LIFE DOGGO (who does not smile but does give a mean “The F*ck You Doin’?” stare from time to time, usually when I’m hugging him). 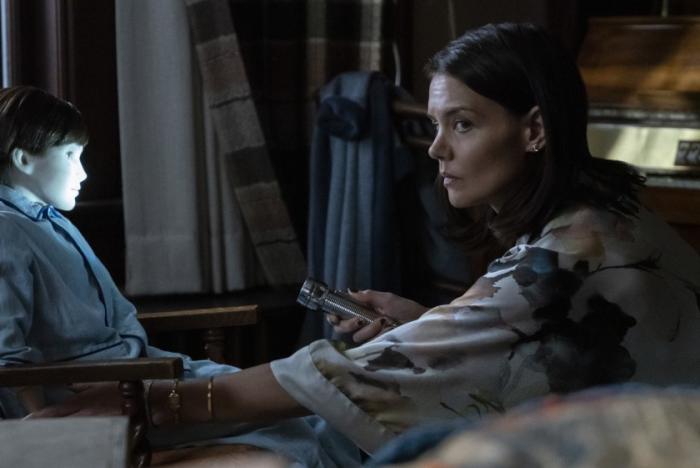 Review: 'Brahms: The Boy II' Is Dumb And Not Scary, But Maybe That's Good Enough 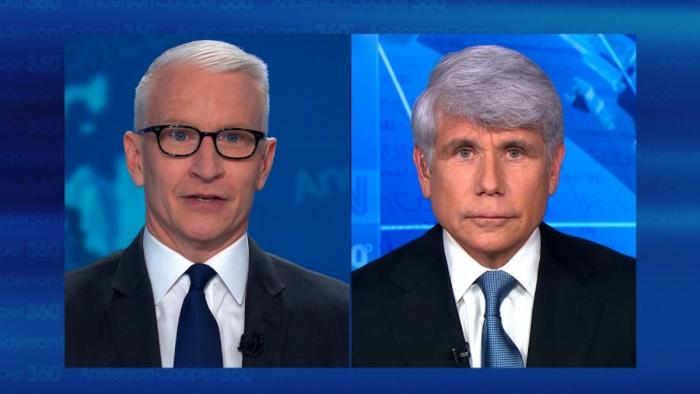