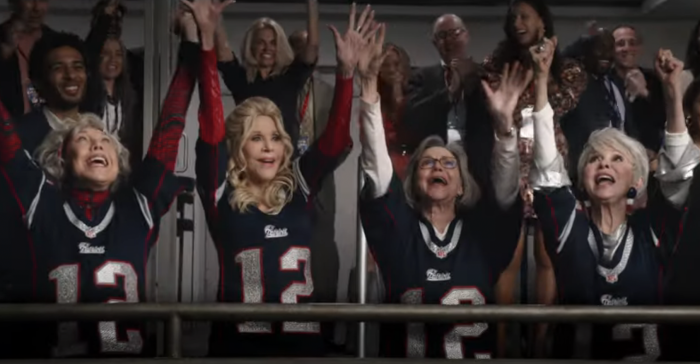 We’ve been hearing about the Tom Brady movie for a while, and it’s finally coming. It’s called 80 for Brady, and it’s inspired by the true story of a group of older women who decide to fulfill a lifelong mission to go to the Super Bowl and meet Tom Brady. The cast is phenomenal: Jane Fonda, Rita Moreno, Sally Field, and Lily Tomlin play the group of women, along with the likes of Ron Funches, Sara Gilbert, Jimmy O. Yang, and Harry Hamlin. Oh, and Tom Brady — who produced the film — is also in it.

Brady is clearly very good at the producer role because he managed to put this cast together and convince Paramount to make it. Unfortunately, it doesn’t look very good, although films geared toward older folks (Going in Style, The Best Exotic Marigold Hotel) often do well at the box office. Clearly, Tom Brady knows his audience.


80 for Brady will be released on February 3rd, timed for the Super Bowl, which Tom Brady will almost certainly not be a part of this year.