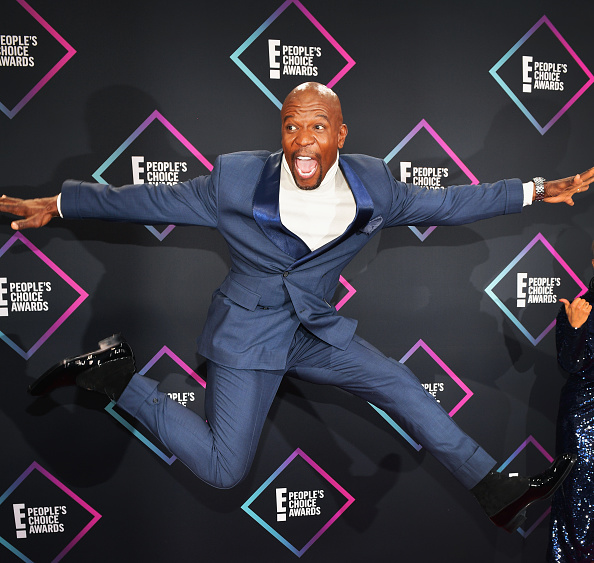 Disney’s live-action The Little Mermaid generated some uncalled for controversy last week by casting Halle Bailey as Ariel because there are a smattering of white people who believed their fond childhood memories of a white mermaid would be tarnished by a Black mermaid. I know this controversy is real, and that we are surrounded by racism, but I can’t help but feel like this particular controversy was manufactured by Russian bots. How can anyone actually believe that? It’s just too dumb. Although I appreciate Disney has come out in support of the casting and even Jodi Benson, the original voice of Disney’s Ariel, offered her support.

Now, Terry Crews wants in on the action, and who could blame anyone for wanting to be a part of a movie that will almost certainly score $1 billion worldwide at the box office (Aladdin is heading toward that number, and it’s not even particularly good). I don’t have much to add to this except that Crews would be perfect as King Triton, whoever that is, and that it’s unlikely Disney could find a better guy to promote their film. Dude’s got a heart as big as a whale’s and an incredible talent for eliciting tears.

I mean, I have no interest in The Little Mermaid. I’ve never even seen the original. I’ll see this one because I have children, but if they cast Terry Crews, I’ll actually be excited to go. Who wouldn’t want to see President Dwayne Elizondo Mountain Dew Herbert Camacho as King Triton?

And he can sing (or at least, he has enough enthusiasm to disguise the fact that he can’t!)

under the sea!
under the sea!
my pecs are better,
my triton is bigger,
take it from me!
need a refresher?
watch @AGT! 🔱🧜🏾‍♂️ pic.twitter.com/Dx4ZbjEecD

Social media is certainly behind the idea.

If @terrycrews isn’t cast as King Triton, I’m not watching it 😂 #littlemermaid

He would be perfect for this.. #LittleMermaid @terrycrews tell your agent to get to work 😂 https://t.co/O0CF7qKqSj

← A24 Reveals The Secret Of Their Public Access Promotion | On Pokémon, Parenting Frustrations, and the Heart of the Pajiba Community →