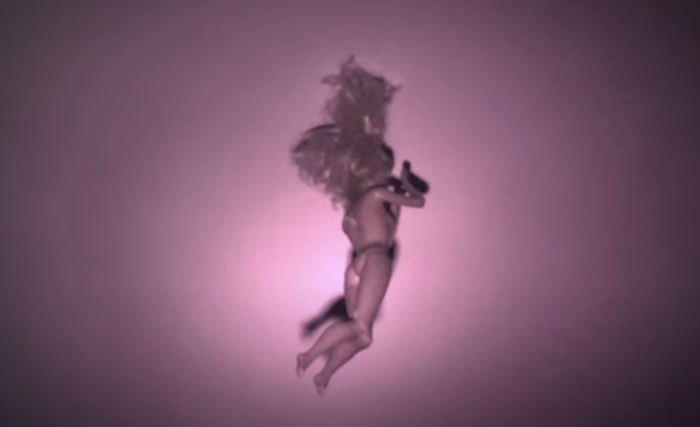 Earlier this year, a movie called Skinamarink debuted at the Fantasia International Film Festival, and our own Jason Adams was one of the few who reviewed it. His review both made me curious to see it and also scared to death to do so. Here’s a passage:

This is me telling you emphatically that this movie demands a lot from its viewers. But please also believe me when I tell you that I haven’t felt this challenged or this horrified by a film in a very long time. Literal guttural sounds of the purest terror fell out of me at several points across its span. This is quite plainly the scariest movie I have seen in a very very long time. To be quite frank I wasn’t sure that I even could be this scared by a movie anymore. Skinamarink taps into something deep, long thought buried, primordial—- that feeling of waking up in the middle of the night in your bedroom when you don’t yet even have the language to describe the darkness, or even an understanding of how doors work. The thought that the darkness and the nothingness is all that there is. That there is just void and void beyond it. A terrifying alone-ness, necessarily repressed, all right here right on hand, ready to turn and face you at last. I am undone.

The thing about these Fantasia Fest reviews, with all due respect, is that they’re posted to the site and usually disappear into our archives until they get a minor bump if a streamer like Shudder releases it. Around Thanksgiving, however, a lot of people mysteriously started reading Jason’s Skinamarink review, which was originally published over the summer. This went on for days, which was strange because the movie had not yet been released.

It turns out that the Kyle Ball film had somehow gone viral on TikTok. The videos were mostly reaction videos from people who had lost their sh*t while watching Skinamarink, which had apparently been made available on a pirated site (I very briefly linked to that site not knowing at the time that it was a bootleg — given the level of traffic we were receiving, I assumed it was being legit distributed online).

In any respect, for those who want to experience Skinamarink in theaters, that opportunity will arrive next month. Shudder has acquired the film and will release it in theaters on January 13th through the IFC’s Midnight program. It could catch fire like Blair Witch back in the day from morbidly curious viewers, or it could flame out because no one wants to be scared that badly. Either way, after its theatrical release, it will be made available at a later date on Shudder.