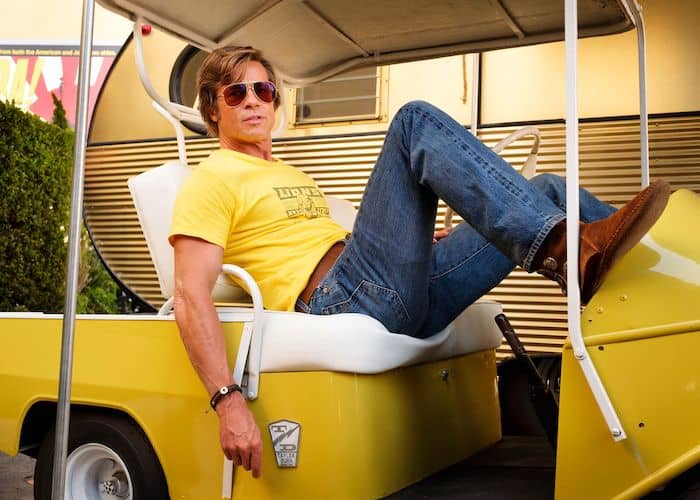 Quentin Tarantino released Once Upon a Time in Hollywood the novel this week, and he’s been making the rounds to promote it. He appeared on Bill Maher’s Real Time over the weekend, which you couldn’t pay me enough to watch. I did, however, listen to his podcast interview with Marc Maron yesterday, which is good if you really like Once Upon a Time in Hollywood, the focus of almost the entire interview. There was one decent bit of insight, too: Tarantino discussed with Jennifer Lawrence the role of Squeaky Fromme, which would eventually go to Dakota Fanning after Lawrence passed. However, Lawrence did recommend to Tarantino that he cast Maron as the “agent guy that talks to Rick in the beginning” of the movie, which is nice.

In any respect, the book is out, and Tarantino fans are already picking it apart for new intel to help inform the film. One major insight that the book has offered is an answer to one of the film’s biggest mysteries: Did Brad Pitt’s character, Cliff Booth, murder his wife, Billie Booth (Rebecca Gayheart)? In the movie, the nature of Billie’s death is left ambiguous — it’s unclear whether Cliff accidentally killed his wife, or if he intentionally murdered her, and I think that ambiguity allows the viewer to more readily sympathize with Cliff.

Both Slashfilm and GQ have addressed this additional bit of backstory from the novel, and Chris Evangelista’s characterization of the scene leaves no doubt. Cliff murdered his wife, and in brutal fashion using a shark spear that split her in two. Ugh. From Slashfilm:

So was it an accident or murder? While Tarantino hammers home the point that Cliff regrets what happened, he also makes it abundantly clear that this was no accident - Cliff Booth murdered his wife. In the book, Tarantino writes, “The minute Cliff shot his wife with the shark gun, he knew it was a bad idea.”

The book goes on to explain that the impact “hit her a little below the belly button, tearing her in half, both pieces hitting the deck of the boat with a splash.” Tarantino then explains that Cliff “had despised this woman for what seemed like years,” but “the moment he saw her ripped in two … years of ill will and resentment evaporated in an instant.”

Evangelista continues describing the scene, adding that Cliff regrets the decision, rushes to Billie’s side and tries to hold her body together. She survives for another seven hours before the authorities arrive, during which time Cliff and Billie reminisce about their life together. How very Tarantino.

GQ’s characterization, likewise, leaves no doubt that it was a murder, but suggests that it maybe wasn’t entirely on purpose.

It’s a ridiculous, preposterously gory episode in which Cliff literally holds his wife together as she dies. Did he do it on purpose, though? “Not exactly,” Tarantino writes, calling it “more instinct than a decision,” but the book does confirm that Cliff “got away with murder.”

GQ adds that Cliff also shoots and killed two Italian gangsters, point-blank, because “he knows he can get away with it,” and also believes that he achieved karmic balance in the murder of his wife because he also shot a lot of Japanese soldiers during the war. That is to say, the novelization depicts Cliff as not only a violent misogynist but a racist, too.

Is any of this surprising from Tarantino? No, it is not. Is it a bummer all the same? Uh, yeah.

← News and Notes: 'Good Omens,' 'Manifest,' and 'Dexter' | Watch the Trailer for 'The Many Saints Of Newark,' the Prequel Movie to 'The Sopranos' →