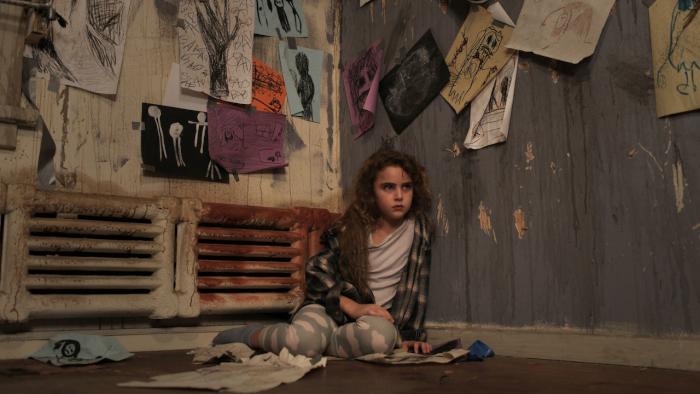 Review: Netflix's 'Freaks' Culminates In the Sorts of Moments Great Fiction is Made Of

Freaks is a fantastic science fiction movie and you should watch it.

Now, I’m specifically talking about the 2019 movie starring Emile Hirsch, not the 1932 heartwarming tale of finding acceptance in an old timey circus. Why, not a single character chants “one of us” the entire runtime.

I also don’t mean Freak, the short lived 2009 television series with the following plot summary: “Lucy, an online gaming addict who dresses clothes she steals from her reluctant step-bro Ant until she begins to realize that her gaming obsession has started to turn her into a boy” (IMDB). Because that’s not problematic.

I also don’t mean “The Freak” which was an alternate title for “The Being” in 1983, which featured this amazing poster: 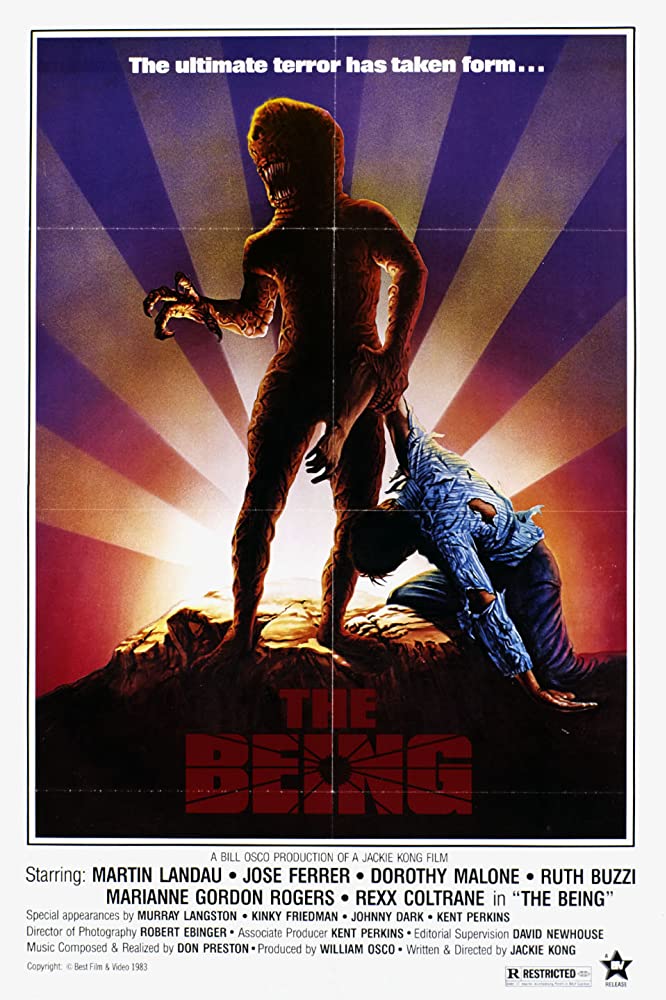 Look, it’s really easy. It’s streaming on Netflix, so just search for Freaks. It’s not like there can be any confusion there.

The one on the right in the one you want. I don’t know what the one on the left is. I’m not your one-stop shop for all movies called Freaks. It just seems that way so far. But if you click on the wrong one, be sure to let us know if it’s any good

OK then. So stop reading this review and go watch the movie. The reason is that for once in my damned life I actually followed directions and it paid off. Kristy told me that I should go into it without reading the movie description or even watching the trailer, that the viewing experience would be way better for it. And it was! You spend the first hour of the movie not knowing if you’re watching supernatural horror, superpowered fiction, alien invasion, or a half dozen other subgenres. The movie tells its story from the perspective of a seven-year-old girl who does not understand what is going on, and it makes for an incredible slow burn of piecing together the pieces when you go in as tabula rasa as possible.

Ahem. So now let’s talk about the movie in full spoiler details.

Imagine being born a crime and raised in secret. Imagine never being able to talk to other children, to even feel the sun on your face. The world outside your disintegrating ramshackle house is a threat, pressing in at all sides. Your father slaps at your hands any time you try to peel back the newspaper and debris taped up against the windows, every glimpse of the outside world fuzzy and indistinct since you have no frame of reference.

Your entire world is a few walls and your father. And for seven years you have played games, memorizing details about a world you’ve never seen so that when you go into it one day they’ll never guess that you’re one of the freaks who should be hunted down. You play Go Fish with inexplicable stacks of hundred dollar bills and if you misbehave your dad locks you in the closet with the ghost that he can’t see. This movie is weird in the most amazing ways and by the end makes perfect sense.

This is a movie that would not work at all without getting a fantastic performance out of a child actor anchoring the entire thing as Chloe. And Lexy Kolker more than holds her own here with Emile Hirsch playing her dad. She is simultaneously terrifying, creepy, and a perfectly normal seven year old. Bruce Dern, Amanda Crew, and Grace Park round out a hell of a cast for a straight to streaming sort of movie.

Freaks manages to take the very basic tale that’s been told a hundred times before, of superpowered individuals in hiding, and turns it into a harrowing new sort of experience by telling it from the perspective of the child who has no context for interpreting or understanding the weirdness of everything around her. The way it succeeds is in making Chloe so normal despite her extraordinarity, despite the horror and myopic upbringing. She is a child, she is loved, and she has no context for understanding that her powers are any different than your power of sight or smell. She is neither a hero, nor some Omenesque horror. She’s a kid. And everything follows from staying true to that simple rule.

And in doing so it adds a new level of tension by making you question which side you’re really on. Imagine Jean Grey gone full Dark Phoenix as a seven-year-old who has been taught to be terrified her entire life. You can’t help but root for the kid, while still being deeply uncomfortable that the protagonist throws tantrums if you forget to bring home ice cream and can control people’s minds.

It walks an effective tight rope, making you both empathetic towards the child, while being so very creeped out by her actions. Well, the government will summarily execute you and you’ve never left the house, so it’s difficult to set boundaries like “don’t astrally project into the neighbor girl’s bedroom and brain push her into holding you and letting you call her mommy.” You both want to hug the poor girl and worry that she’ll wish you into the cornfield if you don’t tell her what a good life it is.

But Freaks adds an additional layer to the whole affair by keeping it mysterious just what exactly her father’s powers are throughout most of the run time. It’s not a twist per se, but just a mystery parceled out in bits and pieces from the perspective of the daughter. And once it is explained, so much of the weirdness snaps into focus, the odd alien perspective makes sense.

And yet there is no let down in the explanation because it follows through on all the darkness and desperation promised by the setup. Those final moments, of heartbreaking loss even as Chloe gets the one thing she has always dreamed of, those are the sorts of moments great fiction is made of.

Freaks, as I’ve told you repeatedly, is a very good sci-fi movie. Go watch it.