There's No 'Tussin Here: Chris Rock's 'Spiral: From the Book of Saw' Drops A Teaser Trailer

It looks like I was wrong about the ‘Tussin. Lionsgate dropped the teaser trailer for Chris Rock’s entry into the Saw … franchise? Universe? Called Spiral: From the Book of Saw, Rock’s detective becomes caught up in chasing a cop killer using traps to snare and dispose of his prey. NSFW due to Samuel L. Motherf*cking Jackson:

While the focus on the traps used in trailers for the previous franchise is gone, several scenes obviously pay homage to the original. Rock gets to be front and center in a movie that doesn’t have Adam Sandler or relationships at the forefront and horror buffs get something familiar yet new: It should be a win-win all around.

But is it in the same timeline as the original movies? Or is it just a brand new set of films reminiscent of the Saw flicks?

In case anyone was wondering if Spiral: From the Book of Saw takes place in the same world as the previous Saw movies, here's an enticing bit from today's new synopsis:

"…a grisly investigation into murders that are eerily reminiscent of the city’s gruesome past." pic.twitter.com/CspgHLFOMV

Additionally, instead of Billy on a trike, it looks like we have a new mascot for Spiral. I hope his name is Frank and he rides a unicycle, but I won’t know until Spiral: From the Book of Saw hits theaters May 15 of this year. 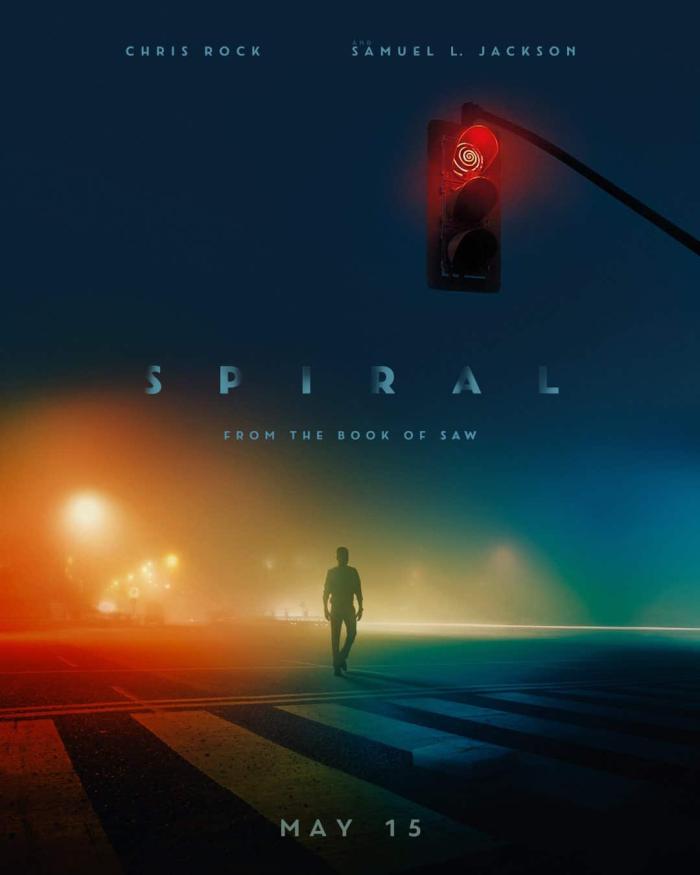 ← Netflix Week on Podjiba: 'Sabrina', 'The Stranger', 'You', and 'October Faction' | The Senate Will Vote to Acquit Donald Trump Today. Tattoo This On Your Brain →