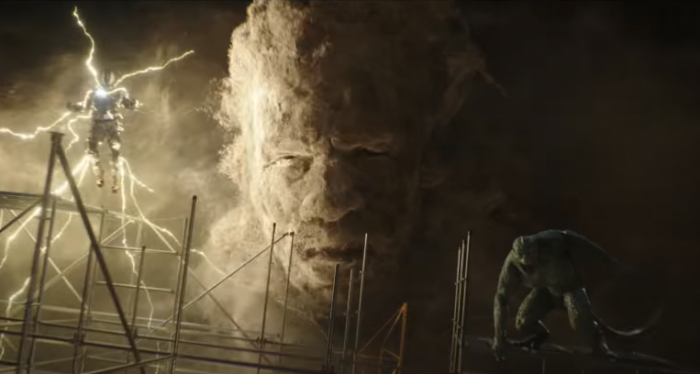 Hey, guess what? Spider-Man: No Way Home will be in theaters on December 17th! With just a month to go, Sony released a new trailer last night to confirm everything we already kinda figured out about the movie from the teaser trailer. Well, almost everything…

So, Peter Parker (Tom Holland) gets Doctor Strange (Benedict Cumberbatch) to do a spell to make everyone forget his secret identity as Spider-Man, only it goes sideways and cracks open a multiverse that is not entirely unlike Spider-Man: Into The Spider-Verse except that instead of Noir Nic Cage popping out of a hole in reality, it’s Doc Ock (Alfred Molina) from Spider-Man 2. We knew all of this, of course. What the new trailer offers is more footage of the other villains who come out to play, including Willem Dafoe’s Green Goblin and Jamie Foxx’s Electro, as well as The Lizard and The Sandman (who are just CGI so far, so I’m not sure if Thomas Haden Church or Rhys Ifans returned). Oh, and as some point Zendaya’s MJ falls off a building because of course she does. It wouldn’t be a complete Spider-Man franchise without his love plummeting to her doom as some point or other.

“We started getting some visitors… from EVERY universe,” Doctor Strange warns Peter, and gee, isn’t “visitors” a nice open-ended way to phrase it? It’s almost like maybe it won’t just be bad guys popping out, but maybe also the Spideys from those other universes will come along for the ride, amirite? It’s almost like maybe Andrew Garfield and Tobey Maguire are totally in this movie, and we all know it even if Sony isn’t showing them … or is hastily deleting them from the footage.

#SpiderManNoWayHome fans think they edited Tobey Maguire and Andrew Garfield out of this shot where Lizard gets punched by seemingly no one. pic.twitter.com/3nl7EbAYMc

The big question in everyone’s my mind is… WHERE THE EFF IS VENOM? After that end-credit scene in Venom: Let There Be Carnage, we know that wily symbiote has a taste for Parker, but we don’t know how he got it. Could it have anything to do with the very conspicuous black-suited Spidey in the trailer? 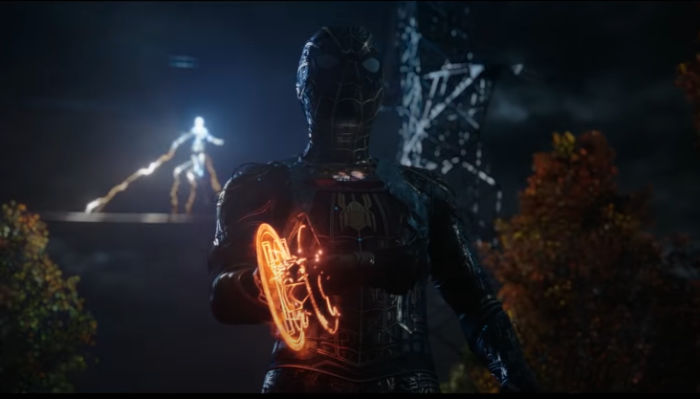 Spider-Man: No Way Home will be in theaters in a month, to answer all our questions and/or prove it has already given the entire story away in these trailers. Tickets go on sale November 29th!