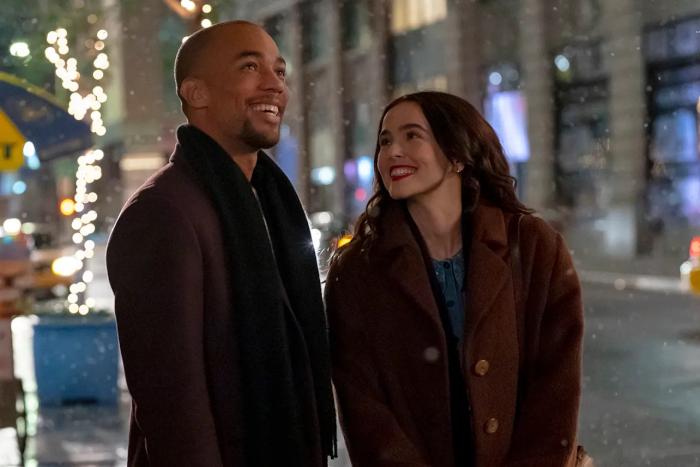 Zoey Deutch Is the Kate Hudson of the Streaming Era

The best thing about having children is a captive audience upon which you can subject your favorite movies. My son and I are going through all the horror greats, while the twins and I watch romantic comedies together whenever we get the opportunity. We’ve exhausted all the age-appropriate Meg Ryan, Sandra Bullock, Jennifer Garner, Reese Witherspoon, and Drew Barrymore films, so recently we began our trek through Kate Hudson’s romcom oeuvre (last stop, Katherine Heigl!).

The thing about Meg Ryan is that she’s great in a few great movies; Sandra Bullock is great in a few good movies; and Drew, Reese, and Jennifer have more hits than misses. But Kate Hudson? She is great in uniformly mediocre to awful movies. I know, because I’ve recently watched How to Lose a Guy in 10 Days and Bride Wars, and those are Hudson’s best romcoms. Charitably, they are middling, but Hudson is terrific in ways that I didn’t fully appreciate the first time I watched because I was so focused on how bad the movies were. Hudson is a charming delight capable of developing genuine chemistry with the likes of even Dane Cook in her worst offering My Best Friend’s Girl, a movie so bad that someone should sell it to HBO Max.

It’s early yet, but Zoey Deutch may prove to be the Kate Hudson of the streaming era. That’s not an insult to Deutch, exactly, but it doesn’t speak well of her streaming romcoms, which are at least better than her theatrical romcom, the James Franco flick Why Him?. Netflix’s Set It Up, by the standards of the streaming era, is practically a classic. It is a quintessential Netflix movie that skates by almost entirely on the charms of Deutch and Glen Powell, as well as Lucy Liu and Taye Diggs, who both look like they’re slumming it and that it’s exactly their level. It’s no Bride Wars — not saying much — but it’s as cozy and otherwise forgettable as Netflix romcoms get.

But if Linklater’s Everybody Wants Some! (Deutch’s break-out hit) is her Almost Famous, Something from Tiffany’s is her Something Borrowed, a thinly written movie so slight that a stiff wind could knock it over. There is nothing to this movie except the presence of Deutch, and yet she’s enough to pull it up from a slog to downright watchable. It is not a good movie, but it almost doesn’t matter because Deutch is such a magnetic presence.

Something from Tiffany’s comes from director Daryl Wein, the guy whose wife, Zoe Lister-Jones, left him because she didn’t enjoy their open marriage, which has nothing to do with the film but is far more interesting than its premise. Deutch plays Rachel, a manic-pixie-dream baker whose boyfriend, Gary (Ray Nicholson, son of Jack) is hit by a car outside of a Tiffany & Co. Ethan (Kendrick Sampson) is also leaving Tiffany’s, sees the accident, and renders aid. Rachel, visiting her boyfriend in the hospital afterward, meets Ethan and his adorable daughter Daisy (Leah Jeffries) and sparks immediately fly. Both, however, are in relationships: Rachel with Gary, and Ethan with Vanessa (Shay Mitchell).

When Christmas morning arrives, Ethan and Gary find out the hard way that their respective Tiffany’s gifts were mixed up in the accident. The engagement ring that Ethan had planned to give to Vanessa is opened by Rachel, who agrees to marry Gary mostly because he asked. Ethan’s proposal to Vanessa, meanwhile, is put on hold when she opens her gift and discovers that it’s a pair of earrings.

How does Something from Tiffany’s end? I’ll give you one guess because if you’ve ever seen a romantic comedy, it’s all you will need. There are some misunderstandings, Ethan and Rachel flirt, Vanessa and Gary prove to be either shallow or a jerk, and Rachel bonds with the daughter over baking bread and the fact that they both lost their mothers young. Yes, Ethan is also a widower in case his good looks, cute daughter, and career (professor/novelist) weren’t enough to make him the perfect romcom male lead.

It is what it is, and what it is is not very good, but it is tremendously likable. Like a supermarket cake, it’s pretty, full of sugar, and gets the job done, even if it doesn’t taste particularly good. The real shame, though, is that while Deutch elevates the movie, she deserves better, nepotism notwithstanding. She is too often relegated to iffy streaming projects (Not Okay, The Politician) when she deserves the right to elevate better projects. Let’s hope her next film, which reteams her with her Set It Up co-star, Powell, and writer, Katie Silberman (Booksmart), turns her from a Kate Hudson into a Sandra Bullock.


← 'El Presidente: Corruption Game' Is an Outstanding Crime Biopic | How Buccal Fat Removal Became the Surgery Trend of 2022 (and Why It's Evil) →