Over the course of his life, the late Sir Terry Pratchett wrote an astonishing 50+ novels, sold 85 million copies of his work, and was a generally kind and accepting person, no matter what the transphobes want to believe. His work’s been turned into popular radio plays and less successful television adaptations. Good Omens, written with Neil Gaiman and adapted by Amazon, has so far been the only successful adaptation. But Sky Cinema is ready to give it another go with The Amazing Maurice, a CGI movie based on The Amazing Maurice and His Educated Rodents, released 20 years ago yesterday.

The Amazing Maurice is set on Discworld, the fantasy realm created by Sir Terry. This flat planet rides on the backs of four enormous elephants, who themselves rest on the back of the Great A’Tuin, the Space Turtle. Maurice is an alley cat of Ankh-Morpork magically granted sapience and the gift of speech, who teams up with an orphan named Keith and some equally gifted rodents to pull a Pied Piper scam on small towns. The rats, with names like Peaches and Dangerous Beans because they learned to read from tin can labels, move in, terrorize the town, and are forced to flee by Keith and his “magic” pipe. The town pays Keith and they move on to do it all over again. This works until they reach the town of Bad Blintz, which already has a rat infestation. With the help of local storyteller Malicia, Maurice and the gang must discover the true cause of the town’s problems before things go horribly wrong. The Amazing Maurice and His Educated Rodents won Sir Terry his first Carnegie Medal, awarded unanimously by British librarians as the best children’s book published in 2001. It’s a story both of a con and community, of enemies turned into allies, and coming to understand that people are people, whatever their shape or species.

Details are sparse so far, apart from the cast and some promo photos from Sky Cinema. Here’s what I can tell you of the protagonists, though who knows how characterizations will change for the movie. 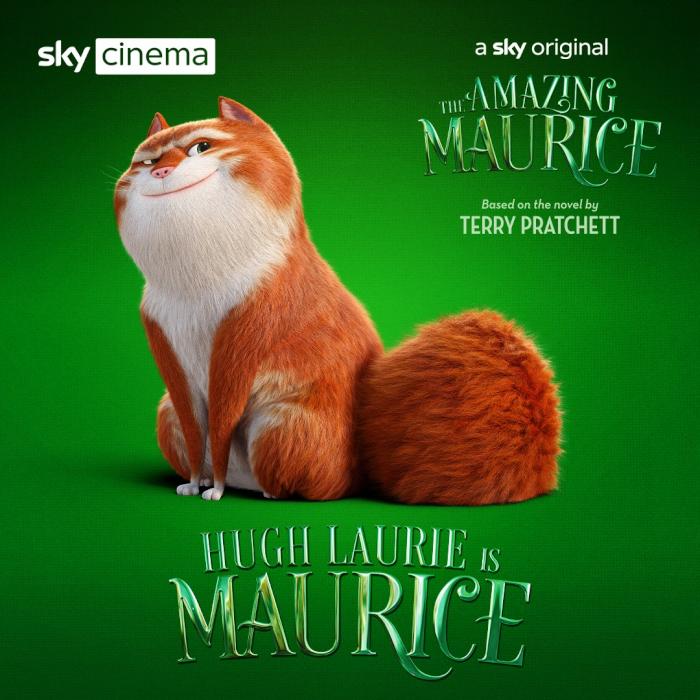 Maurice is the ultimate cat. Having spent several of his nine lives on the mean streets of Ankh-Morpork has made him smart, crafty, and quick to con whoever he has to if it gets him closer to his dream life of luxury. 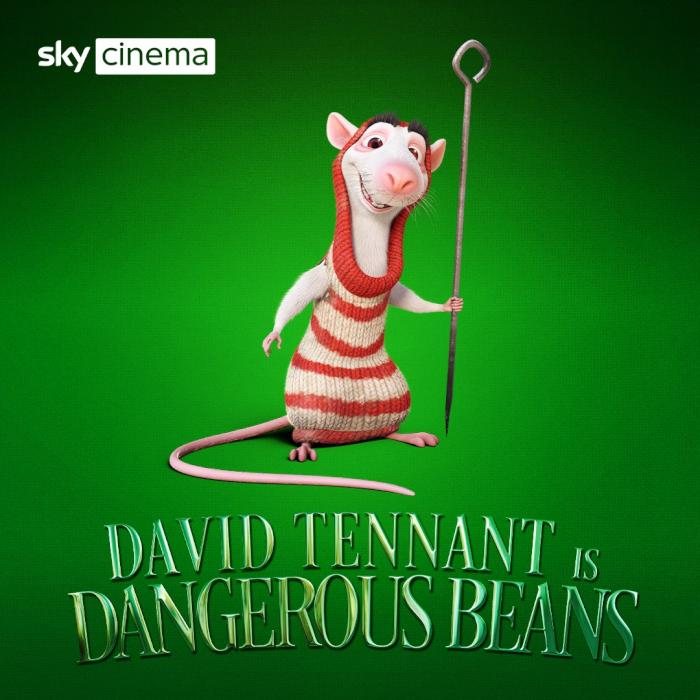 Dangerous Beans is the thinker of the group. The philosopher and ideas man who wonders what it truly means to be a rat who thinks, who worries about their impact on the world, and what it will take for his clan to find a safe home. Nearly blind and physically weak, his mind may make him the strongest rat alive. 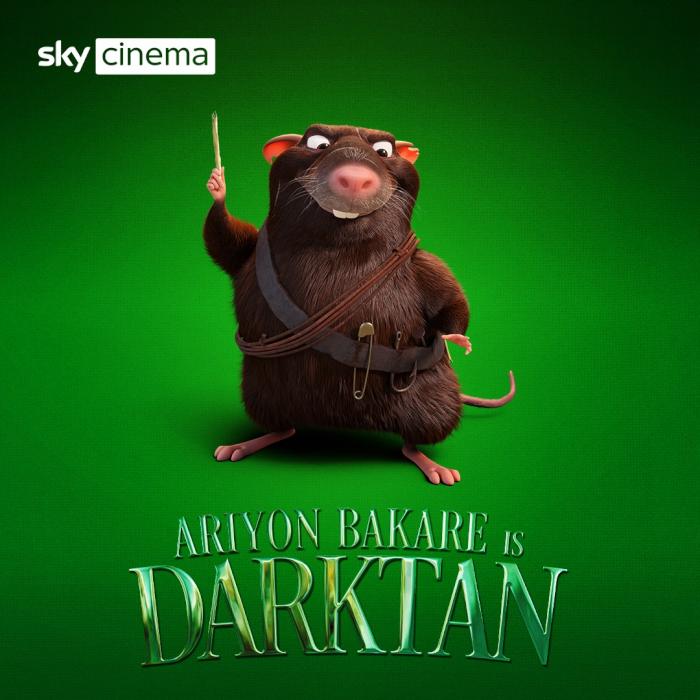 Darktan is the rat who gets things done. Leader of the Trap Disposal Squad, he puts his life on the line again and again to protect the clan, and works to make Dangerous Beans’ dreams a reality. 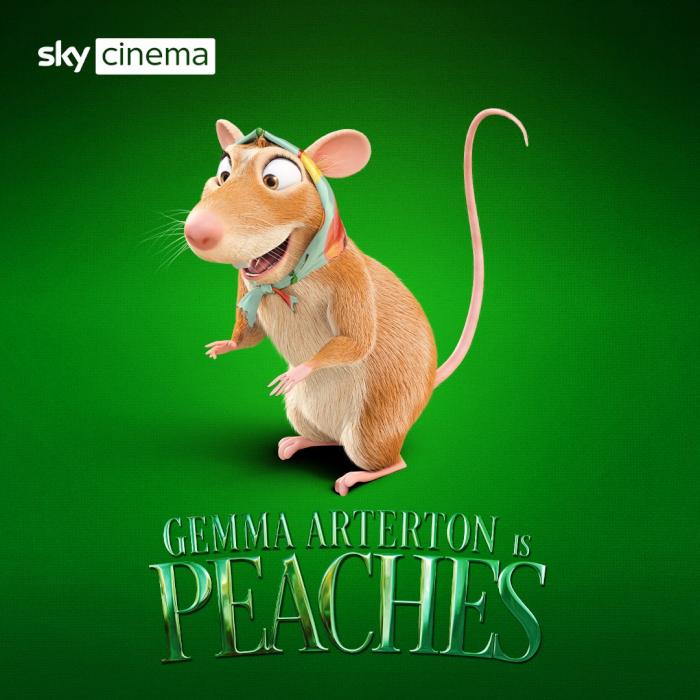 Peaches is the young rat who assists Dangerous Beans in the world, and who turns his philosophical musings into the code by which all thinking rats should live. She’s smart, capable, and along with Dangerous Beans is most responsible for the clan’s evolution. 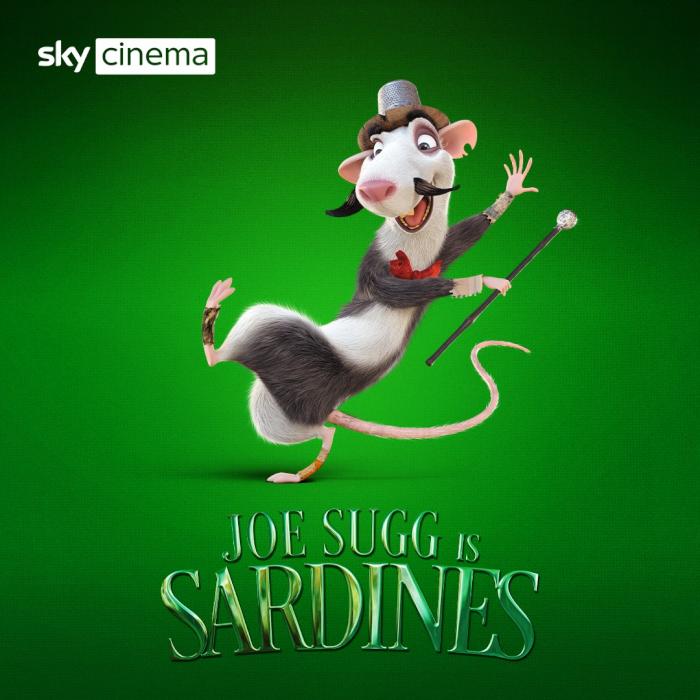 Sardines can think, but to his mind that’s just time wasted that could be better spent dancing. He loves the theater and performance and is probably the best at causing a panic when the clan moves into town. There’s nothing like watching a rat tap-dance his way across the counter to raise alarm. 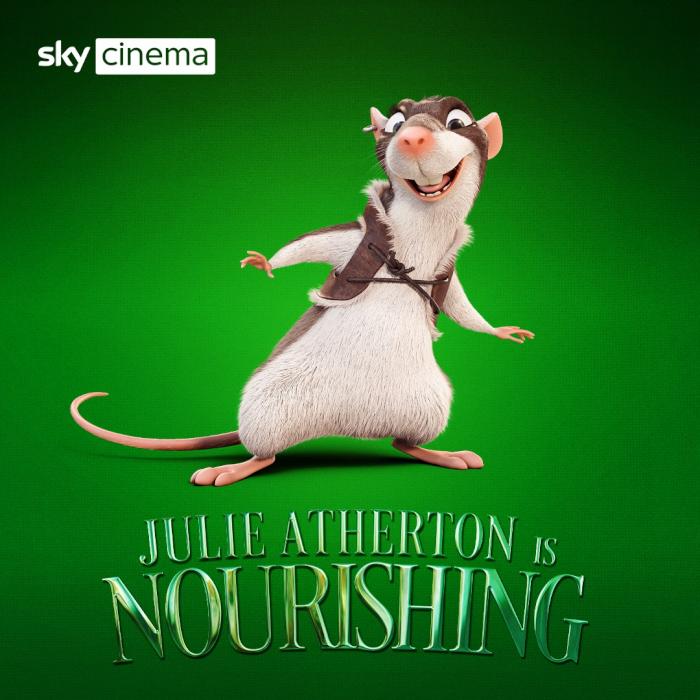 A young rat who starts out thinking she knows everything, Nourishing quickly realizes the world isn’t as easy as she thought it to be when she moves into the Trap Disposal Squad and under Darktan’s tutelage. If anyone can mold this young female into the future of the clan it’s Darktan, but it’s an uphill battle.

The Amazing Maurice will be on Sky Cinema and the streaming service NOW. No word yet on how/where Americans will get to view it apart from a Sky Cinema membership and a British VPN server, but as soon as I know, you’ll know. The Amazing Maurice and His Educated Rodents is wonderful children’s book full of adventure and humor, great for anyone over the age of 6. It’s easy to read and there’s also an audio version narrated by the wonderful Stephen Briggs, available on Audible. Check it out, and get ready for The Amazing Maurice’s release sometime next year!

← Industry News and Trailer Round Up: 'Hocus Pocus,' Matt Haig, and Boba Fett | Reddit Asks the Question: 'Which Cartoon Character Are You Most Attracted To?' →