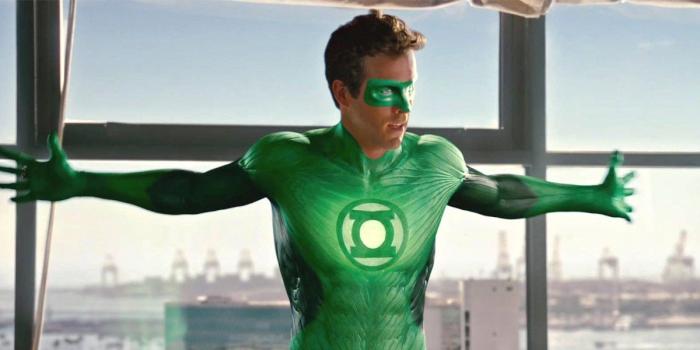 It has unbelievably been a full decade since Green Lantern nearly tanked Ryan Reynolds’ career before he pulled it out of a tailspin with Deadpool and then went on to be one of the biggest stars on the planet. Believe it or not, the Internet used to write pieces about how Ryan Reynolds would never happen. The man was temporarily shoved off into the trash heap with Sam Worthington and Alex Pettyfer.

Look at Reynolds now! He’s not only an A-list Marvel star, but he sold his Aviation gin for over $600 million last year, and he’s also part owner of the wireless carrier Mint Mobile, and full-time nemesis to Hugh Jackman. A decade later, and Green Lantern is a self-deprecating punchline in Reynolds’ career. Last night, he decided to watch it for the first time, on St. Patrick’s Day, which is fitting considering the fact that I described the film in my 2011 review as “radioactive swamp ass,” “something between Fantastic Four and the sticky floor of a strip club the morning after St. Patrick’s Day.” I also called it a “pus-filled bedsore of a film,” although Reynolds’s assessment of his own movie a decade later was far more charitable.

Maybe it’s the Aviation Gin talking, but #GreenLantern was nothing to fear! Hundreds of incredible crew and cast members did amazing work — and while it’s not perfect, it ain’t a tragedy. Next time I won’t wait a decade to watch.

Respectfully disagree. It was definitely the gin talking. Speaking of which, the live tweet doubled as a promotion for his gin company, but there were a few amusing remarks.

This protagonist seems reckless but likable

It’s a terrible movie, but it was where Reynolds met his wife and the mother of his children.

This was not bad foreshadowing for my life as a dad pic.twitter.com/sj5jzWrWUt

We can all agree about this:

They spent 6 hrs each day turning Peter Sarsgaard’s head into an over-inflated beach ball. But the GL suit is a onesie made from old Frogger pixels.

Was this supposed to be Mark Strong?

See if you can spot the CGI! pic.twitter.com/aXUXA8kR2i

I mean, honestly, it can’t get any worse.

Starting GL now. First time ever. Too early to ask for a #SnyderCut of this fucker?

And there you go! The highlights of Ryan Reynolds tweeting about a terrible film he made a decade ago. Go enjoy some Aviation and remember that what doesn’t kill you can only make you (or your career) stronger!


← Conan Trades Insults With Joel McHale | Someone Paid $69 Million for a Piece of Digital Art: Here's Why That Matters →