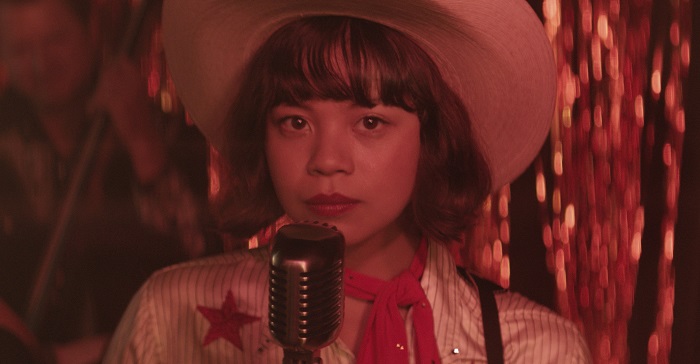 Review: ‘Yellow Rose’ is a Beautifully Nuanced Portrait of the Undocumented Experience, and the Importance of Dreams

In his phenomenally beautiful, overwhelmingly depressing performance of the song “Dead Flowers,” Townes Van Zandt sounds exhausted. His live version was released when Van Zandt was 50 years old, only a couple of years before his death in 1997. He had been an alcohol and a drug addict for decades. The song’s lyrics reference “a needle and a spoon,” which are a nod to Van Zandt’s years of heroin use. Is it that weariness and pain that infuses his voice, and that gives it such a gorgeously aching quality? Maybe. What stands out more, though, is how much Van Zandt sounds like he’s lived a life—like he’s gone through all this heartbreak and tragedy and disappointment, and he can’t contain his feelings about it anymore. He has to get it out, and he has to share it with us, and maybe in that honesty we’ll find some of our own truth, too.

In Yellow Rose, Van Zandt’s “Dead Flowers” is the favorite song of high schooler Rose Garcia (Eva Noblezada), a young Filipina woman living with her mother in a small Texan town. Rose is very much the image of a stereotypical Texan with her bandana, overalls, and cowboy boots, and her room decorations underscore both her adolescence and her passion for music. Fairy lights, journals full of song lyrics, records as wall decorations, tons of pictures of her family, altar candles with images of Prince and Dolly Parton. Each night, Rose puts on her red cowboy hat, gets out the guitar her father gave her before he passed away, and messes around with songwriting: “I never could fit in, never could win/Though I tried and I tried/I feel out of place, song out of tune,” she sings.

That feeling of otherness puts into focus the details of Rose’s life that filmmaker Diane Paragas has presented so far. 17-year-old Rose and her mother Priscilla (Princess Punzalan) live in the backroom of a rundown inn where Priscilla works as a cleaner and housekeeper. Priscilla is overprotective, and always worries about where Rose is. She talks about the old days in the Philippines, and admits that she misses their family and friends there, and that her husband and Rose’s father desired more for them (“This isn’t the life he wanted”), and through that combination of details, it becomes clear. Rose and Priscilla are undocumented, and their life of poverty and secrecy is a result of that. “It will be better for you, I promise,” says Priscilla to her daughter, but that feels like an empty promise when the danger of a nosy neighbor, a disgruntled employer, or a bitter ex-lover calling ICE is omnipresent.

Rose knows some of the details of their status, but Priscilla has kept the entire situation a secret, bearing the entire brunt of this weighty responsibility on her own shoulders. So when an ICE raid separates mother and daughter, Rose has to catch up with reality. She too is being targeted by the government of the only home she’s ever really known, and she has very few—if any—options. Yellow Rose follows her as she tries to figure out who to trust: Her crush Elliot (Liam Booth), who works at the guitar store she frequents and who takes her to her first country show at the legendary Broken Spoke in Austin? Her aunt Gail (Lea Salonga), who is estranged from her mother—perhaps because of her white husband?—and who isn’t sure whether she wants Rose staying with them? The proprietor of the Broken Spoke, who warms to this young woman who so passionately loves country music? The singer Dale Watson (played here by the man himself), who could serve as a mentor for Rose? His first interaction with her was tinged by his own racial stereotypes: “That’s impressive, from someone like you,” he told Rose when she dropped some country-music trivia on him; her response, “Well, there’s all kinds of fans,” was simple but effective. Has he changed? And if so, what could his guidance offer Rose? 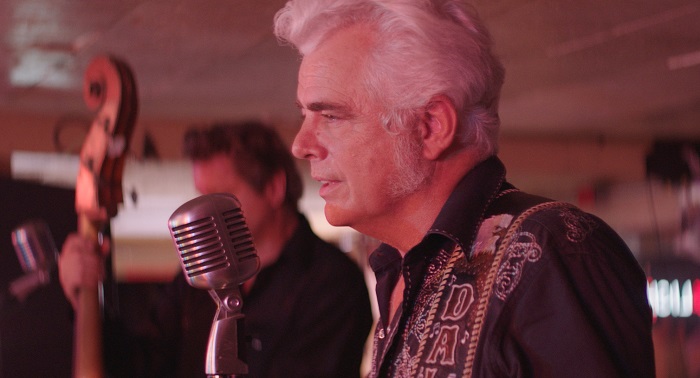 Paragas relies on these relationships to show us the erratic rhythm that now defines Rose’s life on the run: the impossibility of trusting anyone, the difficulty of making friends. That paranoia is all-encompassing, but it’s a triumph of Noblezada’s performance that she doesn’t allow Rose to fully give in to fear or anger. She is traumatized by seeing her mother dragged away, and she is angry that her mother kept the truth from her, and she is furious with the U.S. government for the uncaring cruelty with which they treat Priscilla, but she still has some hope. She still wants to feel love and companionship, and she still wants to dream, and she still wants to be in charge of her own story. Noblezada is a magnetic performer (with accompanying bona fies in the form of a Grammy and two Tony Award nominations) who not only immediately inspires your empathy, but also your camaraderie—you’ll root her on as she and Elliot gently fall for each other, as she tries to bond with her aunt, as she finds a collaborator in Dale, and as she has an honest conversation with her mother about their future. 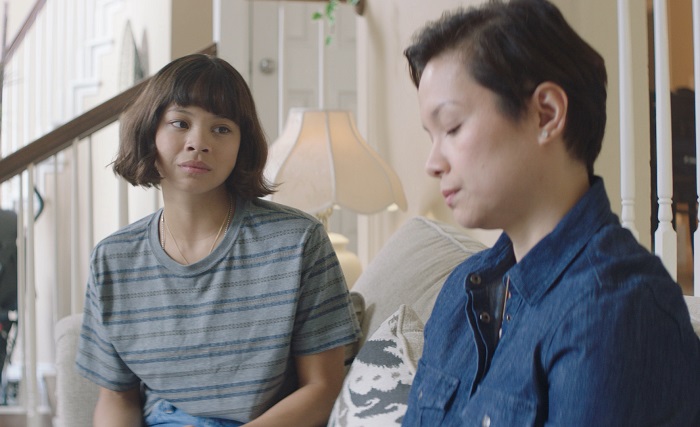 On top of all this, Yellow Rose also does a good job nodding to the other realities of this kind of immigration story: predatory lawyers who take money from their potential clients and then ghost them, the numerous hurdles the federal government places in front of people trying to follow the rules, the dehumanizing nature of working for an agency like ICE, and the reality that sometimes, the myth of the American Dream isn’t worth pursuing. And yes, classic country music fans will feel represented with the film’s allusions to Woody Guthrie, Johnny Cash, Guy Clark, and some other titans who helped build the genre.

“I got some shit to express,” Rose says, and Yellow Rose succeeds not only as a coming-of-age story that allows Rose’s ambitions and disappointments to take center stage, but also as an exploration of the very real threat weathered every day by people just trying to make a better life for themselves and their families. And as encouragement for you to listen to some Townes Van Zandt and get all up in your feelings, Yellow Rose works in that way, too.

Yellow Rose is playing in select theaters as of October 9, 2020.

← Reddit asks the Question: 'What Unrealistic Things in Movies Annoy the Hell Out Of You?' | What Does Emma Stone Think She's Doing On 'The Great British Bake Off'? →