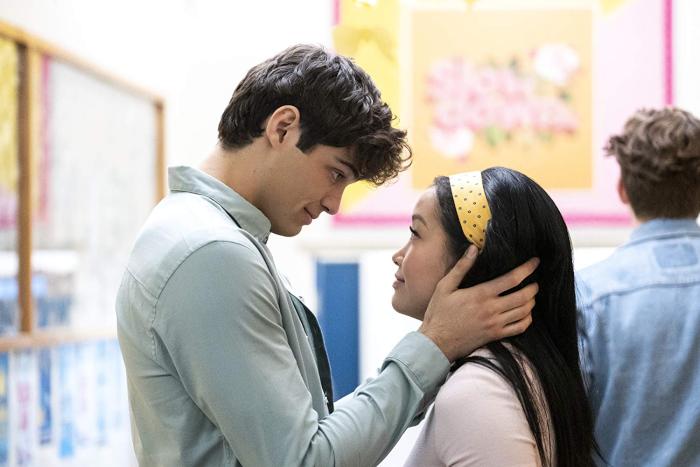 Review: 'To All the Boys: P.S. I Still Love You' Is So Good It'll Make You Squeal Like You're In A Studio Audience

In the summer of 2018, an indie rom-com not only became a smash-hit for Netflix but also launched a newly crowned prince of romance in Noah Centineo. The hunky heartthrob swiftly popped up in another pair of Netflix romps, Sierra Burgess Is a Loser and The Perfect Date. But neither recaptured the magic that was Centineo’s finely tuned mix of swaggering charisma and lovable lummox achieved as To All The Boys I’ve Loved Before’s Peter Kavinsky. Now, he’s back, reprising the role that made him the Internet’s Boyfriend with the dizzyingly charming delight that is To All the Boys: P.S. I Still Love You.

Based on Janny Han’s novel P.S. I Still Love You, this much-anticipated sequel picks up shortly after the first film’s conclusion (with a wee bit of retconning). After much yogurt sipping, masquerading as a couple, and a leaked “sex” tape, Lara Jean Covey (Lana Condor) and Peter (Centineo) are officially going on their first date. The wallflower who spent countless hours with her nose in a romance novel or her pen scratching out love letters is finally about to experience a real romantic relationship. But she soon discovers it’s not all she’d hoped, because Peter transforms from dream boy to real boy, with flaws and all.

Sometimes he’s late for dates. Sometimes he’s a tad selfish. However, the thing that’s bugging Lara Jean most of all is that Peter is still close with his ex, Gen (Emilija Baranac). This fuels self-doubt about being a good girlfriend or maybe not good enough to date the most popular boy in school. In the first film, Lara Jean would carry on conversations with imaginary versions of her crushes. In the sequel, her anxiety spurs an imaginary Gen popping up to taunt our harried heroine about her insecurities, including her virginity. The romance stories that Lara Jean favors are all about the happily ever after, but she’s finding the realities of romance far more challenging, especially when an old crush resurfaces.

At the end of To All the Boys, there’s a mid-credit scene where her middle school crush John Ambrose McClaren shows up at her home with her love letter in hand. Forget that. The sequel recasts and reconfigures, offering an out-of-the-blue response in snail mail an actual love letter sent from an old crush! Understandably, this throws Lara Jean for a loop and she wonders what it means and if she should tell Peter. Things get more complicated when happenstance reunites her with John Ambrose (now played by the smoothly swoon-worthy Jordan Fisher) as they volunteer at a retirement home. A love triangle emerges. Lara Jean will have to make a choice between the real Peter and the potential of John Ambrose.

Condor is once more radiant onscreen. With blushing glances and shy grins, she elegantly captures Lara Jean’s introverted nature. Yet through a spunky voiceover and explosive smiles, she unveils the passion of this heartwarming heroine. Centineo is again as charming as a young Mark Ruffalo. With Peter becoming a more complicated character, he pulls off new layers with a tender touch. Also back are Madeleine Arthur as edgy bestie Christine, John Corbett as Lara Jean’s doting dad, and Anna Cathcart as her spirited younger sister Kitty. All bring a pop of fun, as do new-to-the franchise players Ross Butler, Sarayu Blue, and Holland Taylor. However, the most dazzling addition is Fisher.

After the nation went wild for Peter Kavinsky, Fisher had the unenviable role of creating a dream boy who could rival Centineo in charm yet be a distinctly different kind of crush. Rather than the almost bombastic pride of Peter, John Ambrose carries a quiet confidence. Peter is a brawny jock with a bro-y whimsy and a growling chuckle. John Ambrose is slim and preppy, with a warm smile, an exhilarating openness about his feelings, and a penchant for piano playing during emotionally fraught moments. There’s no wrong guy here, which makes Lara Jean’s choice all the more difficult.

This tension plus a keen consideration for all the characters make every moment of this sequel electric. Whether it’s Christine using hoagies to flirt with a hunk of her own, Kitty bragging about her success as a matchmaker, or Lara Jean, Peter, Gen, and John Ambrose facing off in a shockingly intense treehouse scene, To All the Boys: P.S. I Still Love You is alive with energy and excitement that’s positively contagious.

Seriously, I had the pleasure of watching this film in a theater surrounded by giddy grown-ups who were absolutely enraptured. We not only laughed and gasped, but we also whooped! It was like watching a ’90s sitcom, where the audience raucously hoots and cheers for every romantic moment. Instead of Ross and Rachel finally kissing, it was two teens kissing to figure out what their future might be. It was a remarkable rush to enjoy that communal experience of sheer, sincere excitement. It’s a shame this movie is skipping theaters straight to Netflix. My recommendation is not only should you watch To All the Boys: P.S. I Still Love You, but also you should make it an event. Invite your friends. Make popcorn. Open some wine. Whoop, laugh, cry, and feel free to shout out “Team Peter” or “Team John!” Let yourself go and enjoy the bliss of this bouncy ane beautiful rom-com.

It’s wild. After the first one became so popular so fast, it seemed impossible any sequel could live up to To All The Boys I’ve Loved Before. Yet To All the Boys: P.S. I Still Love You does. Its story thoughtfully expands the world and gives the characters we love (and loathe) room to grow in true-to-life coming-of-age moments. It captures these with a mix of wish fulfillment and awareness of a young and impressionable audience turning to them as truth. The chemistry between Condor and Centineo is still fantastic, making me wish they would reteam in rom-coms over and over as Meg Ryan and Tom Hanks were kind enough to do for us. Then, in comes Fisher, who also sparks powerfully with Condor, making Lara Jean’s choice feel anything but inevitable. There’s even a scene of heartbreak that is silent and stupendous, relying on its visually striking location and patient close-ups of two incredible young actors to sell a moment that will snap hearts in two. It’s gorgeous and tragic and instantly iconic. It will be like the cake scene in 16 Candles or the boombox in Say Anything. It will shape how a new generation thinks of teen romance. For the rest of us, it’s the kind of glorious cinema the rom-com genre deserves.

To All the Boys: P.S. I Still Love You hits Netflix on February 12.

← Amy Klobuchar Just Got Nuked From Orbit on 'The View' | Wake the Hell Up: Our Worst Fears Are Coming to Pass →