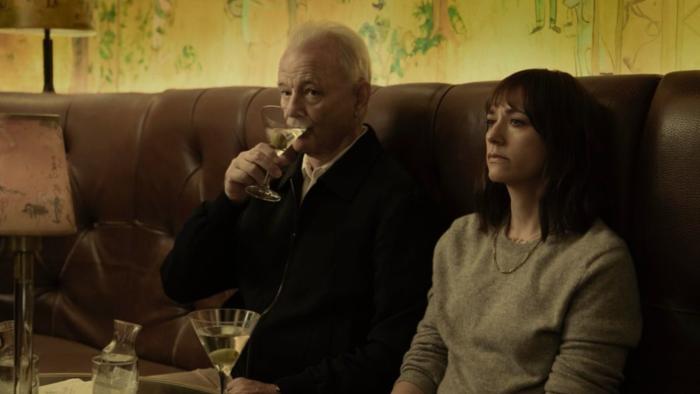 Review: Sofia Coppola and Bill Murray's 'On The Rocks' Is Muddled Not Stirring

“Hey kiddo.” Sometimes, when the world feels like it’s falling apart around you, the warm greeting of Dad carries the power to keep us from breaking. In On The Rocks, Sofia Coppola reteams with Lost In Translation’s Academy Award-nominated leading man, Bill Murray, casting him perfectly as a beloved but deeply flawed dad. The radiance of this comedy icon’s mischievous charm carries a movie that is otherwise thin.

Written and directed by Coppola, On The Rocks begins with a blank screen as Murray’s recognizable voice says with an unseen smile, “Don’t give your heart to boys, because you are mine. Until you’re married…And then you’re still mine.”

This defines Felix (Murray), a Boomer dad with a playboy swagger wherever he roams. He may have a wandering eye, but his heart belongs to Laura (Rashida Jones), his eldest daughter. So, when she calls him with slight suspicions her husband (Marlon Wayans) is being unfaithful, he drops everything to fly straight to the rescue. For some dads, that might mean confrontations or comfort. For Felix, it means hiring private detectives, tailing a cab in a cherry-red convertible, and enjoying a stakeout with chilled caviar and Rosé.

This jaunty setup feels more in the vein of Nancy Meyers than Sofia Coppola, except the sprawling, pristine houses with coveted kitchens are swapped for a high-price Soho apartment and an intoxicating string of cocktail bars. (These COVID times make the latter thrum with nostalgia for the days when one could casually spend hours in a small, cramped bar, huddled over drinks and conversation.) However, rather than the typical frazzled yet chic heroine of rom-com iconography, Jones’ mom is downbeat, battered by the rut that is caring for her two heavily-scheduled daughters while their dad works. She runs them to school, ballet lessons, and Mommy & Me sessions, feeds them, bathes them, puts them to bed, and picks up after them, following a trail of toys and abandoned socks. Laura has no clear desires of her own, though she mentions occasionally a book she’s meant to be writing. What kind of book? Coppola doesn’t care.

Laura is chiefly defined in relation to her husband and her father, both of whom she makes excuses for. When she finds a woman’s toiletry bag in her husband’s luggage, he has a breezy explanation, which she’ll share with Felix. When Felix’s blase behavior irritates his other daughter, Laura rushes to his defense. Yet it is because of him that she fears Dean is cheating. Felix cheated on her mom. Moreover, he is the kind of dad who goes on long, pseudo-science theorizing about the unavoidable roles of men and women. It is by nature men will cheat, he offers as cold consolation. Because Laura refuses to confront her husband directly, the silly spy shenanigans become the only way she’ll know for sure.

These bits are delightful. Zippy thrills are spun from Felix’s race through Manhattan streets. The jaunty newsies cap atop his head makes it seem all the more like Mr. Toad’s wild ride. Their plotting over cocktails carries a creamy conspiratorial vibe. It’s a kick to feel a part of their crew. Sure, Felix’s flirtations with women years younger than his daughter are caddish, but that—along with his absolute refusal to ever be embarrassed or bested—is part of his rascally appeal. He’ll wink at a pregnant woman, warble a song, and whistle without worry. It’s unabashed fun to watch Murray play a dad who means well but burbles with chauvinistic claptrap as if he’s a lost member of the Rat Pack.

However, when he’s not onscreen, the film’s liveliness vanishes. Jones brings yearning and low-boil terror to Laura’s investigation. But scene after scene of her silently doing mom things (including patiently listening to a self-obsessed chatterbox played by a pitch-perfect Jenny Slate) means Jones is given little to do beyond play the sadsack straight man to Murray’s clown. Far from a pro-active protagonist, Laura lumberingly follows her father and her husband, as if she’s a pull toy on a snarled string.

It’s difficult to feel invested in her fight for her marriage, as her husband is barely a character. Dean is defined by his job, dazzling clients and his cheerful and gorgeous colleague Fiona (a sparkling Jessica Henwick in to-die-for fashions). Laura feeling threatened by his work (and seeming work wife) is understandable, especially as he is little more than a snoring lump when he rolls home. In an early scene, the two feel totally out of sync in the rhythm of conversation, which seems purposeful, displaying their marriage may be in danger. However, Jones and Wayans’ chemistry never ignites, which makes the final act fall frustratingly flat.

On The Rocks’ journey starts off strong, pulling us in with the verve of Murray. Laura’s desire to call on him makes sense, not only because he’s an expert on cheating, but also because she feels unloved. So, who better to call on than the man who first promised to love her forever? However, part of Laura’s journey is realizing where her father’s love and wisdom has failed her, now and in the past. Yet, Coppola keeps things light, refusing to let those heartbreaking beats hit hard. Instead, she soon switches focus to barely-there Dean, a “good guy” who tells his wife she needs to carve out time for herself, then announces he’s going away for a few days.

It’s strange. On The Rocks’ setup seems the stuff of rom-com rompery. Murray certainly plays well into that realm. Yet Coppola undercuts the whimsy with a heroine who is resolutely sullen and limp. Laura is not motivated by what she wants but what she fears losing. Her handsome husband is given all the depth of a kiddie pool, which makes her battle for him befuddling. Finally, the resolution Coppola scripts seems to be a happy ending, complete with an on-the-nose bit of symbolism of Laura’s devotion. However, this scene still defines her by the men in her life as opposed to elucidating who she is beyond desiring their validation. Perhaps we are meant to feel dubious about this denouement. Perhaps Coppola is low-key urging audiences to question films that determine growth by a woman’s commitment to a man. Or perhaps that’s giving Coppola too much credit.

On The Rocks made its world premiere as part of New York Film Festival 2020’s Spotlight Slate.

New York Film Festival runs September 17-11. For more on how you can participate, visit the NYFF website. 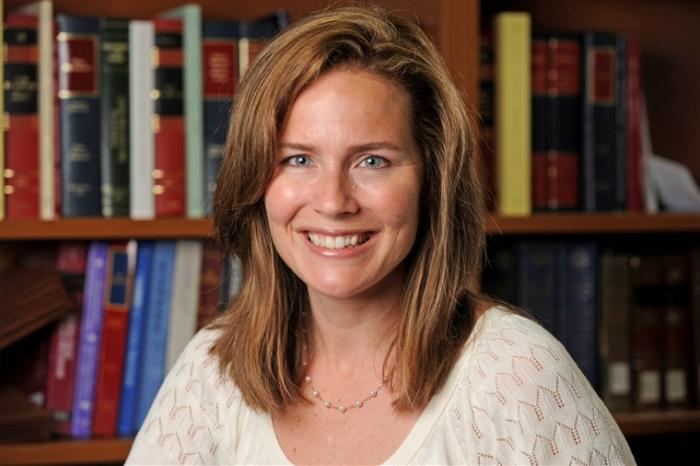 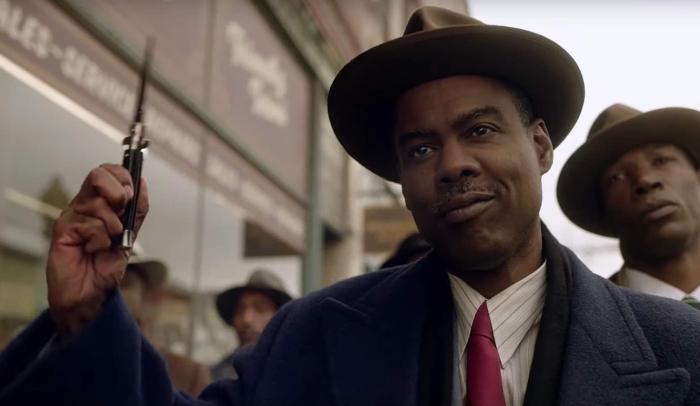