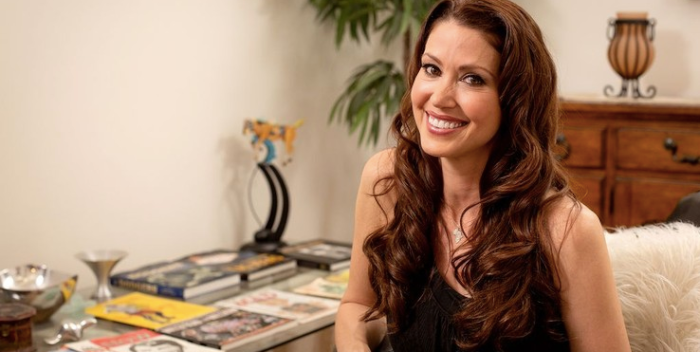 Review: 'Skin: A History of Nudity in the Movies' Is Despicable In Its Omissions And Mansplaining

Never once in the 130 minutes of the documentary Skin: A History of Nudity in the Movies is the words “Male Gaze” uttered. Imagine that. Coined by film critic Laura Mulvey in 1975, the term is used to explore how an art form dominated by straight men portrays women in ways objectifying rather than humanizing. You’d think such a term would be useful, even essential, when discussing the history of nudity in the movies, considering much of that history was made by bared breasts and female buns. Infuriatingly, this is just one of many shocking omissions in this smugly saucy doc.

Because so much this history was made by actresses who dared to bare all, you might expect female perspective would be prized in Skin: A History of Nudity in the Movies. Yet director Danny Wolf enlists an army of men (critics, professors, and the guy behind the celebrity ogling site Mr. Skin) for a rudimentary recap of film history: early origins, racy youth, the call for censorship, the Hays Code, and the MPAA. The expositions of these segments have all the panache of a PowerPoint presentation. When these men aren’t dully dominating the conversation on cinema’s past, they’re coolly recounting what it was like for women in these times.

Smirking scorn is shown for American actresses who shy away from nude scenes, because don’t you know the Europeans have no such hang ups! The chorus of men scoff at the idea nude scenes might hurt an actress’s career because LOOK AT MARILYN MONROE! The doc does not delve into the complications of Monroe’s bombshell persona. No mention is made about how she struggled to be seen as more than a buxom blonde with a breathy voice. Neither her failure to find a partner who’d loved her for who she really was nor her troubles with substance abuse are mentioned. Instead, there’s giddy flashes of a naked Marilyn and a jaunty anecdote about that notorious calendar spread. An offhand remark about how she was “tardy” to set is the closest Skin gets to the rest. (Recommended reading: Shelley: Also Known As Shirley, the excellent autobiography of Shelley Winters, who was one of Monroe’s closest friends.)

Then, there’s the grotesque treatment of Dorothy Stratten, a Playboy model and aspiring actress who was brutally murdered by her abusive husband when she was just 20 years old. This was the subject of the racy biopic Star 80, which scores some substantial screentime in Skin. However, Wolf and his pack of film bros rush past the tragedy of Stratten’s story to focus on the quirks of making a crassly exploitative film that reveled in sex and her grisly death. Why talk about the way Hollywood chews up and spits out hot young actresses when you can laugh at Mariel Hemingway for getting a boob job and director Bob Fosse’s ghoulish insistence to not only shoot where Stratten was slain, but also spend the night there like it’s a spooky vacation spot? (Recommended Listening: You Must Remember This: Dorothy Stratten.)

Allegations of sexual misconduct on the set are likewise glossed over. When discussing Basic Instinct, no mention is made of Sharon Stone’s claim that director Paul Verhoeven didn’t tell her that her naked crotch was in frame in the interrogation scene. When discussing Last Tango In Paris and its butter-centric rape scene, one male interviewee paraphrases actress Maria Schneider’s claim that she was bullied by Bernardo Bertolucci and Marlon Brando into doing the scene, which was not in the script. But just as swiftly, he dismisses her story, noting that she’d continued to talk to Brando afterward. Then, they just move on, because the care for actresses who bare their bodies is only skin-deep here.

Notably, Elizabeth Berkley, Sharon Stone, and the late Maria Schneider are not interviewed in this documentary. Neither are Vanessa Redgrave, Melanie Griffith, Jamie Lee Curtis, or Julianne Moore, despite Wolf’s enthusiasm in cutting to their nude scenes.

To his credit, Skin: A History of Nudity in the Movies does feature interviews with many performers, including Linda Blair, Mariel Hemingway, Shannon Elizabeth, Diane Franklin, Pam Grier, and Malcolm MacDowell. But their role is chiefly to talk about getting naked and maybe throw shade at the modern “Left” and “women” who condemned them for nude scenes. (Like “Male Gaze, “Feminist” is another word that Skin won’t dare say.)

By focusing so much of his doc through the lens of straight men, Wolf provides a grossly lopsided exploration of his subject matter. Plenty of screentime is given to Mr. Skin’s musings on hot bods or topless montages. Much less is given to the insights of storied Hollywood Reporter journalist Tatiana Siegel or celebrated film critic Amy Nicholson, who gives a powerful defense of the oft-derided Fifty Shades of Grey.

The most interesting section of the film is when Amy Heckerling pops up to discuss the nudity required by the studio in Fast Times At Ridgemont High, and how she chose to implement it in ways that would speak to character. Wolf crassly cuts to Mr. Skin drooling over Phoebe Cates’ bikini-freed breasts as one of the best nude scenes of all time. (Did I mention “Mr. Skin” is credited as an executive producer on the doc?) Well, Heckerling explains the fantasy of that scene was intended to contrast to the moment after, where Judge Reinhold is caught masturbating by his unimpressed dream girl. She also speaks on the studios’ double-standard about presenting male and female nudity, detailing a cut shot of a penis that the studio thought too shocking. It’s almost as if nudity in Hollywood is chiefly intended to titillate straight men, and stretching outside of that focus is threatening to the status quo. What an interesting topic for a documentary that would be!

Perhaps the most galling part of Skin: A History of Nudity in the Movies is the lazy lip service it gives to female perspective. You see, before it digs into its sausage fest of Film History 101, it begins with Siegel speaking to the importance of the Me Too movement. The film ends on a similar note, allowing Nicholson to have the last word on how the public’s greater awareness of consent and power dynamics may shift how nudity in cinema is captured. This bookend comes off as a naked ploy for relevancy because too much of the in-between is simply pretentious slobbering over T&A.

In the end, this despicable doc leers far more than it reveals.

Skin: A History of Nudity in the Movies is now available On Demand.