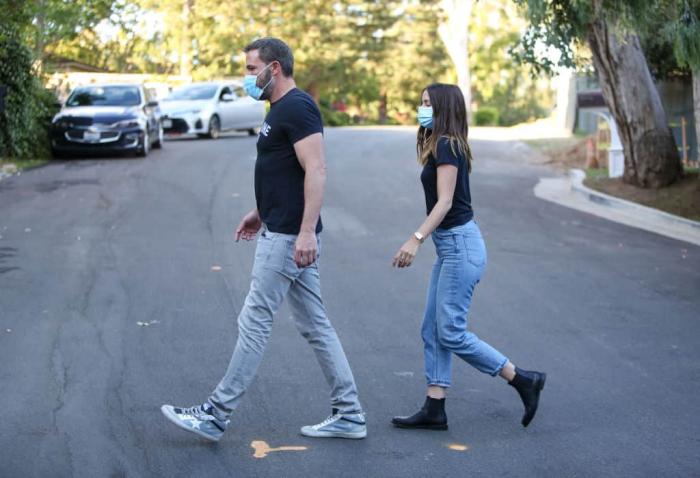 In the tangled ecosystem of fandom, there is a concept known as the Big Name Fan, or BNF for short. A true BNF is a member of a fandom who becomes elevated to the level of famous through their work in said circles. This can take form in various ways, from E.L. James turning her Twilight fanfiction celebrity into her own bestselling series to Chris Chibnall evolving from a Doctor Who fan who went on TV in the ’80s to discuss it to its latest showrunner in the Jodie Whittaker era. Fandom tends to have a lot of mixed feelings about BNFs as a whole. It’s exhausting enough dealing with shipping wars or Tumblr rhetoric without the added egos of certain fans getting outside acclaim. Still, it proves to be an alluring concept, both to fans and to novice outsiders who see the mere concept of fandom as scary and unapproachable. It’s easier to reduce this inherently untenable concept down to a few figures of note and be done with it.

That brings us to the fascinating evolution of a Twitter account that started off as a typical stan page before evolving into something much more sardonic and savvier than expected, only to become the epicenter of a much larger debate on the relationship between subject and fan. And people think social media is nothing but drama.

@ArmasUpdates is like a lot of fan accounts on Twitter: A regular stream of paparazzi photos, industry news, detailed reporting on the minute aspects of their subject’s life, and general squee. The account is dedicated to Ana de Armas, the Cuban actress who broke out in America with a Golden Globe-nominated role in Knives Out. She’s also set to star alongside Daniel Craig in the delayed Bond movie No Time to Die and play Marilyn Monroe in Netflix’s Blonde. Right now, general audiences will probably know her best as Ben Affleck’s girlfriend, A.K.A. the woman he’s always seen snuggling up to in those totally spontaneous paparazzi images that polluted the world of celeb gossip for several months.

Ben Affleck starts to take on his role as an Instagram boyfriend for Ana de Armas during their dog walk, but ends up teasing the paparazzi by taking photos of them instead. (July 24, 2020) pic.twitter.com/MbSG3jCTRe

There are hundreds of accounts like this on Twitter. They all follow the same patterns, use the same fannish rhetoric, and are very much cut from the same cloth of 21st-century celebrity fandom. What makes @ArmasUpdates different is that de Armas herself seemed to fight back. In mid-April, the account reported that the actress had blocked them on Twitter, a revelation that became genuine news on sites like The Cut. Each update became a breathlessly discussed micro-drama, the kind of low-stakes silliness that proved to be a pleasing distraction during our ongoing pandemic. Indeed, it seemed like the right mixture of subject and object given that the inciting incident that got @ArmasUpdates blocked seemed to be the way the account sardonically reported on de Armas and Affleck’s pap walks during lockdown. I previously discussed this for the site, noting how near parodic the couple’s public jaunts seemed to be at the peak of the nationwide panic over this horrific virus. It seemed to be the sort of PR gimmick that would have been tough to pull off even during a period of normalcy, but during the COVID age, it felt downright conspicuous. Everyone noticed and mocked it. @ArmasUpdates did too.

Online fandom is typically (and is expected to be) extremely heightened in terms of emotion and commitment. We expect Twitter fans to get overprotective and extremely sensitive, even when it’s exhausting to deal with. Perhaps that’s why @ArmasUpdates got so much attention for not being like that. They poked fun at de Armas for her performativity and seemingly flagrant disrespect for lockdown protocol. They didn’t lavish adoration on the subject of their affection and her new beau so much as they found their presentation of public love kind of silly. All in all, they were, dare I say it, very level-headed about it all. And funny, which is why they caught on with the non-de Armas fans of Twitter. They were in on the joke.

The parasocial relationships between celebrity and fan have only grown more caustic and confusing in the social media age. A few notable exceptions aside, it’s now a prerequisite for any famous person of note, from A-List to influencer, to have some sort of online presence. It’s a platform designed to explicitly cultivate communication and getting a reply or even a like from a celeb you love can be a real emotional rush. That’s the point. Of course, the flip side of that is the increasingly thin barriers between the two sides and the discomfiting attitudes that can be allowed to grow unwatched. All celebrities to some degree or another foster a persona of some sort, a way to differentiate between their public and private lives and encourage distance between the two for onlookers. Social media, with its promise of ‘authenticity’ and democratized communities, makes that a whole lot harder, and it also makes it way too easy for those fans to feel as if they have the right to dictate the choices of their fandom focus. Go check out the replies to any tweet by someone famous and you’ll see an exhausting display of negging, unearned closeness, and heightened fandom rhetoric. Imagine being the celebrity who tweets out a photo of their new haircut, only to get hundreds of replies chastising them for not looking good or having strangers scream for attention.

I’m not saying that this is what @ArmasUpdates was up to. On the contrary, they seem to have been much more relaxed about the entire affair than some fan accounts I’ve interacted with. It is worth noting, however, that if you’re on the outside looking into this world and if you’re the focus of such conversations, it may be hard for you or your PR team to differentiate between this sort of humor and all the people begging you to run them over with a truck and f**k their corpse. Modern celebrity publicity doesn’t really know what to do with the quickly evolving world of online fandom, which thrives on hyperbolic rhetoric and an insider language that reads like advanced algebra to the masses.

We spoke to the @latimes about harnessing the power of Stan Twitter during this unprecedented time in history. https://t.co/Ss5BugxToQ

Of course, de Armas is not unaware of her own PR power. She’s a fast-rising star who was supposed to have three major projects released this year, including one with her new beau. She was going to be on every magazine cover and be the subject of tabloid fascination with or without Affleck and the literal pandemic, but now, the spotlight is a lot smaller. Affleck has always played a smart PR game, typically engineered by his very sharp-minded exes, and so he and de Armas leaped head-first into big-smiley pap walks and passionate embraces for the cameras. It would have been quite the sight during times or normalcy but now we couldn’t help but gawk. It didn’t work. Even the most sympathetic publications noted how odd it was for them to be doing all of this during a lockdown. The joke was on them.

@ArmasUpdates ran with the blocking and had a ball being infamous. Even the official account for Knives Out, the film that got de Armas her Golden Globe nomination, got in on the fun. As this went on, the account kept updating its increasing number of followers of de Armas’s life, career, and pap walks. They didn’t stop being fans. I kind of admired this attitude, to be honest. They could have gotten weirdly vindictive about the blocking or demanded that de Armas pay attention to them, but they just got on with their lives. It was a refreshingly level-headed response and a much healthier stance for fandom as a whole. They didn’t deify or demonize de Armas. She was just a person they liked, not an infallible goddess.

And then the account briefly disappeared. For a few short days, @ArmasUpdates was no more, and the internet lost its mind. Some speculated that they account had been suspended for posting unauthorized paparazzi shots since many photo agencies are now clamping down on who shares their content without paying for the rights. Others even joked that it was a stunt for Knives Out 2. Many got a tad too conspiratorial and suggested that de Armas and Affleck had it shut down. In the end, the account simply decided to take a break, then returned to let everyone know why they’d jumped ship for a bit. It turns out that being a stan account who gets big can be stressful and land you a lot of unwanted attention. @ArmasUpdates had become the story and they didn’t want that anymore.

Fan entitlement is a real thing, but I don’t think that was what @ArmasUpdates was doing. They were sardonic but not cruel. They joked about their fandom interest’s failings, but it wasn’t a public shaming. I would take ten @ArmasUpdates over one stan page that did nothing but name-search people and attack them for voicing the mildest of criticisms (we’ve all experienced that, right?)

I wonder if fandom is evolving in ways that the industry, so reliant on pliable and unquestioning loyalty, isn’t ready for. I doubt we’ll ever be free of the noisiest or most toxic aspects, but seeing fan accounts that don’t blindly worship the ground a celebrity walks on, even as they celebrate them, lifts my spirits as a pop culture hot-takes merchant all too used to the darker side of this equation. We see this in other ways, such as video game fans calling out corporate powers for bullying and mistreatment of their staff as well as an overreliance of exploitative microtransactions and loot boxes. Look at how fans of Bon Appetit rallied around the company’s BIPOC talent and demanded better from Conde Nast after it was revealed just how deep their systemic racism ran. Fandom can be a good thing, an independent community of ideas and hopes rather than an extension of corporate intent. Sometimes, however, it can be hard to detangle the best parts from the worst. In the end, even @ArmasUpdates fell prey to those forces.

Ana de Armas moves out of her house at Venice Beach with the help of her boyfriend, Ben Affleck, to start the process of fully living together at his residence. (August 19, 2020) pic.twitter.com/BIYg9H36Pd

← Review: 'Skin: A History of Nudity in the Movies' Is Despicable In Its Omissions And Mansplaining | The Monster Of 'Sputnik' Is Reason Enough To Watch →