TIFF 2019: Iranian Domestic Life, With Its Layers of Perseverance and Tragedy, is the Focus of the Devastating ‘Love Child’ and ‘Son-Mother’

Iranian cinema generally falls into three broad genres: humanist, fourth-wall-breaking cinema, like that of the late, great Abbas Kiarostami; documentaries that allow you to glimpse into what living in Iran is like on a daily basis, like the later work of Jafar Panahi; and domestic dramas that combine a naturalistic style with an understanding of what it means to be Iranian, like those of two-time Oscar winner Asghar Farhadi. Two films that played at TIFF this year, documentary Love Child and narrative feature Son-Mother, reflect all the characteristics of these categories. Both well-crafted and heartbreaking, the films paint a portrait of what it means to be Iranian inside of the country and outside of it, allowing us a glimpse into a world that is often complex and emotionally fraught but ultimately defined by a desire to love and be loved.

The film Son-Mother from documentarian Mahnaz Mohammadi is the female filmmaker’s first fiction feature (alliteration win!), and focuses on, as the title suggests, the relationship between a mother and son living in current-day Iran. The first half or so of the film follows widow Leila (a finely tuned Raha Khodayari), mother to 12-year-old son Amir Ali (Mahan Nasiri) and infant daughter Munes, who is barely struggling to get by with her factory job. The men hate her because she’s a scab; the other women don’t trust her because of the negative reputation given to widows in modern Iranian society; and she’s often late because she has to drop off her daughter at daycare and wiggle out of conversations about why she can’t afford diapers. 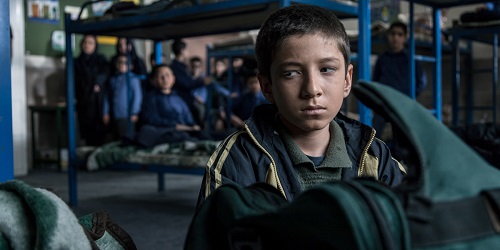 Things are bleak, and they only get bleaker when Leila—or Mrs. Abdolahi, to most who know her and refuse to acknowledge her as her own person instead of her dead husband’s wife—has to make an impossible choice. A man has approached her for her hand in marriage, but he has a daughter about Amir’s age. For Leila to marry him, she would have to move into her house with her son and daughter—but it’s low-key not allowed for Amir and this girl to live together in the same house because of the implication that something un-Islamic could happen. Something sexual. So, the man demands, Amir has to live somewhere else until his daughter is betrothed, which could take a few months, or maybe a few years. At that point, Amir could come back to the family home, but not before then.

The perspective of the film, after introducing us to Leila’s difficult life and this seemingly impossible choice, then switches to Amir. A quiet child, an observer, he knows that his mother’s life is hard, and that the traditional pressures upon her are immense. But the sacrifice Amir is being called upon to make is a phenomenal one, a life-altering one, and the second half of the film really clicks when Mohammadi underlines how both mother and son are being annihilated by this separation. Leila is proud, and that quality passed on to her son, too, who quietly accepts what his mother is asking him to do. And I mean “quietly” literally—Nasiri turns in a nearly dialogue-less performance that still seethes with anger and is weighted by disappointment. Mohammadi populates the back half of the film with scenes that allow Nasiri’s performance to be our sole focus, and how he reacts to others who try to gain his confidence or convince him of the right thing to do show us the evolution of the character after days and then weeks and months. It is a heartbreaking turn from a young actor, and with Nasiri’s work in particular, Son-Mother is an authentic representation of an essential human relationship that is torn apart, bit by bit, by people who think they’re helping.

On the documentary side of things is Danish filmmaker Eva Mulvad’s Love Child, which for six years follows Iranians Sahand and Leila and their son Mani. Both married to different people in Iran, Sahand and Leila flee to Turkey in 2012 so they can live with Mani, who is unaware that Sahand is his real father. Once in Istanbul, the family applies for international refugee status with the United Nations, a drawn-out process that takes years of interviews, documents, and waiting around and that puts a great strain on their relationship. 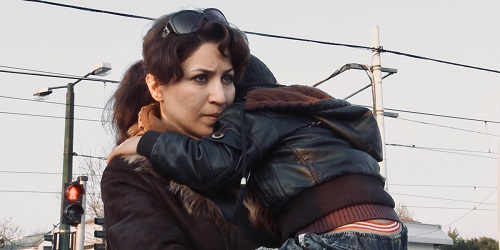 Mulvad is given what seems to be nearly unfettered access to Sahand and Leila, and that closeness helps viewers understand the myriad ways the family is being pushed and pulled. In meetings with a therapist, Leila talks about her guilt leaving her parents and brother behind, who don’t understand that her husband used to beat her and that she turned to fellow teacher Sahand for comfort and then love. Instead, members of her family insult and demean her. Sahand, meanwhile, is concerned because of his stint spying for the Iranian secret police, a position he was pressured into and one that he worries will make him a target now that he’s abroad. And in the middle of this all is young Mani, who in the beginning of Love Child doesn’t understand that Sahand is his biological father, doesn’t know why he left Iran, doesn’t grasp that he’ll never see his friends again. His tantrums are so upsetting because, as an Iranian speaker, I can understand that the phrases and slang he uses are picked up from how adults talk—implying to me that he heard Sahand’s fights with the husband she left behind, and they shaped the way he approaches his own mother. (It’s actually disappointing and recognizable to me as a native speaker that the subtitles of both films streamline the conversations within them quite a bit, which leaves a lot of the poetry of the Iranian language behind.)

Still, Love Child and Son-Mother both benefit from how unflinching their female filmmakers are, and how committed they are to showing the longing of their female subjects to find a way to live as they desire, even in systems that oppress or undermine them. In Son-Mother, when Leila sits across from the man courting her over shared bowls of ice cream, we see the unrelenting pressure this man is putting on her, but also his genuine affection for her, too—and her gratitude for someone looking at her like that. Although Sahand and Leila in Love Child have their own awful fights, spurred by their lengthy time in exile and in the lies they must tell to protect each other, her surprise when he plans her birthday party is genuine and palpable. As they embrace and look at each other in a mirror, she admits that she fell for him because of the poems he used to write her, and the passion and affection he poured into those words. Her admission then, and her joy later when they are finally allowed to get married and be Mani’s legal parents, are evocative and lovely.

Love Child and Son-Mother are separate films in different styles, but if possible, they would benefit from being viewed together: Two films in conversation about the contrasting joys and disappointments of Iranian domestic life, about the rigors of the expat experience and trying to maintain authenticity in somewhere that isn’t your home, and about the limitations of romantic and familial love. They were some of the most thought-provoking films I saw at TIFF this year.

Love Child and Son-Mother both received their world premieres at the 2019 Toronto International Film Festival.

← Can You Make An Adorable Movie About the Catholic Church? 'The Two Popes' Sure Does Try | 'Husters': The Movie Characters vs. Their Real-Life Counterparts →