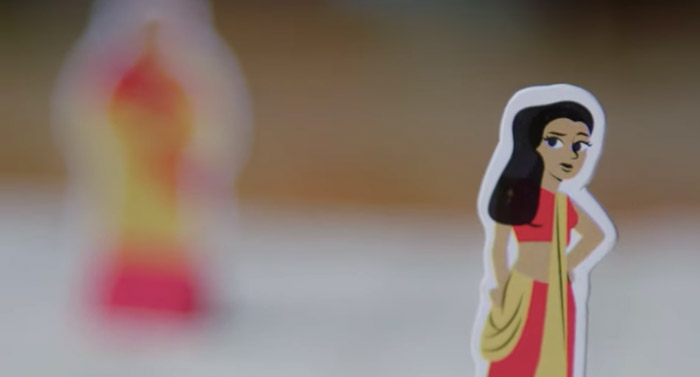 Review: 'Gamemaster' Offers A Fascinating And Poignant Look Into Board Game Design

There’s a timeless magic to board games. A roll of the dice, a spin of the wheel, a draw of a card, and your strategy is marred, your fate turned, or your victory secured. With tokens and a cardboard field, gamers are invited into adventures of settlers and soldiers, real estate moguls and railroad industrialists, Vikings and vacationers. You’re welcomed into fantastical realms with curious critters, winding paths, and hidden stories. As you play, have you ever sat back to wonder how the game before you came to be? Have you ever pondered about the names printed on the box? What are their stories? With the fascinating hobby doc Gamemaster, director Charles Mruz ushers viewers into the world of game design, from scrappy origins to flopped fundraising, and international acclaim.

Despite panoplies of video games available, we are in a renaissance of tabletop gaming. It’s $3 billion a year industry, thanks to breakout hits like Ticket to Ride and Settlers of Catan. There are options for every kind of gamer, whether you like conquest goals, thoughtful journeys into complicated social constructs, or sublime silliness. What’s most exciting about this moment is you don’t need to have a hook-up at Hasbro to get your game made. Kickstarter was a real gamechanger (pardon the pun) for aspiring designers. No longer must one go to a convention to sell your concept to a developer. Instead, you just need to get the gamers onboard for your idea. In this way, Gamemaster argues, the gaming industry has become democratized.

Mruz follows several examples of crowd-funded games. Trekking The National Parks began as a family vacation obsession, where a man and his retired parents traversed the U.S. enjoying the natural wonders of National Parks. Their game not only shares this love but also includes photographs from their travels. However, the king of Kickstarted games is Exploding Kittens, a wild card game that met its initial goal so fast that its stretch goals became less about money than about spreading the word of taco cats and game-inspired goofiness. But not all games hit their goals. Just ask the creator of Thug Life, who conceived a gang warfare game with costly miniatures of “thug” stereotypes and was met with accusations of cultural appropriation. Gamemaster will not dig deep into the criticisms of Thug Life, allowing its creator a defense before moving on to other stories. Which is probably for the best, as it allows the doc to show a range of ways games can speak to players.

Among the most intriguing stories offered in the doc is that of Arranged, a board game in which players are Pakistani women trying to avoid the matchmaker who would bind them in an arranged marriage. Nashra Balagamwala was attending college in the U.S. when she designed the game as part of a class assignment. Frustrated by the social pressures that awaited her in her homeland, she created a game to draw attention to the many ways Pakistani women are urged to behave to attract a suitor. Her cards have actions that draw the matchmaker nearer (using a skin-lightening lotion) or push her away (making a board game about arranged marriages).

Balagamwala has gotten a lot of press coverage about her game and the controversies and conversation sparked by it. Over the course of a couple of years, Gamemaster follows not only her games’ trials and tribulations in production, but also her journey in the spotlight. Amid solid stories of various men following their hearts to create a fun game, Balagamwala’s proves the most poignant and thought-provoking arc. Not only does it reflect how games can serve as a cultural critique and be an influence for change, but also her story reveals the importance of the democratization of gaming. Through cardboard and a clever concept, Balagamwala created a path out of a fate she didn’t want. Plus, she gave voice to a lot of young girls by giving them a tool to begin a conversation with their own families.

For Balagamwala’s sections alone Gamemaster is worth the watch. However, if you have even an idle interest in games and their design, it’s solidly engaging. Admittedly, Mruz loses focus towards the end when the conversation gets into conventions and prizes. The momentum slows down as talk gets far more inside baseball. Still, like the videogame doc Indie game, it’s intriguing to see all the craft and intentions that go into making a plaything. Plus, Mruz gives a thoughtful array of perspectives, speaking to designers from around the globe, including the makers behind Pandemic, Rising Sun, Qwirkle, Rayguns and Rockets, Dice Tower, Ice Cool, Keltis and Settlers of Catan. Their insights could be essential for any aspiring game designers. For the more casual viewer, all this becomes like a Penn & Teller magic trick.

If board games are magic, maybe that’s enough on its own. But for Penn & Teller, it’s more impressive when you can see how the illusion all came together. The storied pair of magicians are as famous for their mind-bending illusions as they are for uncovering the hows of these stunning displays. In the same way, Gamemaster celebrates games by dealing out scribbled-on playing cards that proved a scraggly start. There are sketchbooks, storage lockers, sloppy justifications, and finally growth shown through finished products and finale interviews looking back on quests achieved and failed. By the end, you might not want to design your own game, but you’ll probably be itching to clear a table to play a few.

Gamemaster hits On Demand on July 7.