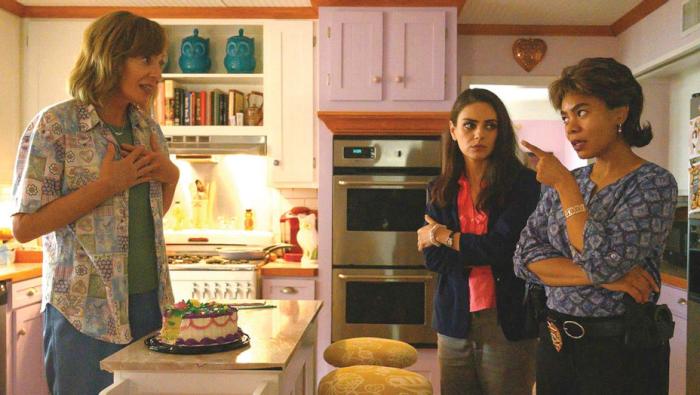 Now on Digital: 'Breaking News in Yuba County' Is a Terrible Title for a Terrible Movie

Get a load of this cast, y’all: Allison Janney, Mila Kunis, Awkwafina, Regina Hall, Wanda Sykes, Juliette Lewis, Samira Wiley, Jimmi Simpson, Clifton Collins Jr., Chris Lowell, Matthew Modine, and Ellen Barkin. That is a helluva cast, but why do we say “get a load of”? The phrase means “take a look at” and it is used to direct special attention to something, as in “get a load of that guy!” It’s a colloquial expression dating back to the 1920s, but it is unclear from where exactly the phrase derives.

Likewise, it’s not clear why someone decided to give this movie the title of Breaking News in Yuba County, which is such an impenetrably forgettable title that I had to repeatedly use Allison Janney’s page on IMDB as an entry point into re-finding the name of this movie.

In Breaking News in Yuba County, Janney plays Sue, a poor, put-upon white lady whose co-workers and husband ignore her. Her co-workers forget her birthday while celebrating that of a younger co-worker, and her husband, Carl Buttons (played by Matthew Modine!) doesn’t remember, either, even after she brings home a birthday cake with her (incorrectly spelled) name on it.

Sue — who also spends the movie repeating positive affirmations to herself like a child borne from a threeway between Debbie Downer, Ned Flanders, and CJ Cregg — tracks down her husband and espies him with flowers. Assuming they are for her, Sue follows her husband to a motel room, where she walks in on him having sex with his mistress (Bridget Everett). Shocked, Carl has a heart attack and dies.

Sue, however, sees an opportunity in her husband’s death. After chasing away his mistress, Sue — who is obsessed with a Nancy Grace-like show that reports on missing people, hosted by Gloria Michaels (Juliette Lewis, whose talents are wasted here) — buries her husband behind the motel and reports him as missing. When the police (Regina Hall, also wasted) initially ignore Sue like everyone else, Sue brings the story of her missing husband to her sister, a local reporter played by Mila Kunis (wasted). The story gains even more traction when Sue takes it to Gloria Michaels and makes up a story about her husband potentially being abducted because he was a conspiracy theorist who knew the real killer behind a JonBenét Ramsey-like case.

It spirals in the media, and Sue finally gets the attention she has so desperately craved, but that attention turns out to be unwelcome when Sue discovers that her husband — a bank manager — is tied to a money-laundering operation that is desperate to retrieve the money they are owed from Carl, who they believe is pretending to be “missing” to avoid the wrath of the money launderers (Awkwafina, Clifton Collins Jr., wasted and wasted, respectively).

There is yet another subplot involving the brother of Carl Buttons, Petey (Jimmi Simpson, wasted, alas), an ex-con who believes that his brother has been abducted by the money launderers. He spends the movie trying to steal enough money to pay the ransom. His boss (Ellen Barkin, wasted) at a department store hates him; his co-worker (Wanda Sykes, wasted) wants in; and his wife (Samira Wiley, criminally wasted), worries and frets.

It’s a lot of story for a huge, talented cast, and but there doesn’t seem to be much by way of a point. It’s neither funny nor is it particularly weighty. If it is a satire, I don’t know what it’s satirizing, and if it is a crime thriller, it lacks for thrills. I’m not sure how else to describe it except as a dud; a noisy, wet fart that leaves a huge stench but very little impression. The only way I can figure its existence is to assume someone like Mila Kunis signed on because Allison Janney had signed on (and vice versa), and then Regina Hall signed on because Mila Kunis had, and then Awkwafina because Regina Hall, etc., etc., etc., until everyone showed up in Mississippi to shoot the film and no one could figure out why they were there to make a goddamn Tate Taylor film.

To put it another way: The movie poster is terrible, and somehow, it’s still better than the movie. 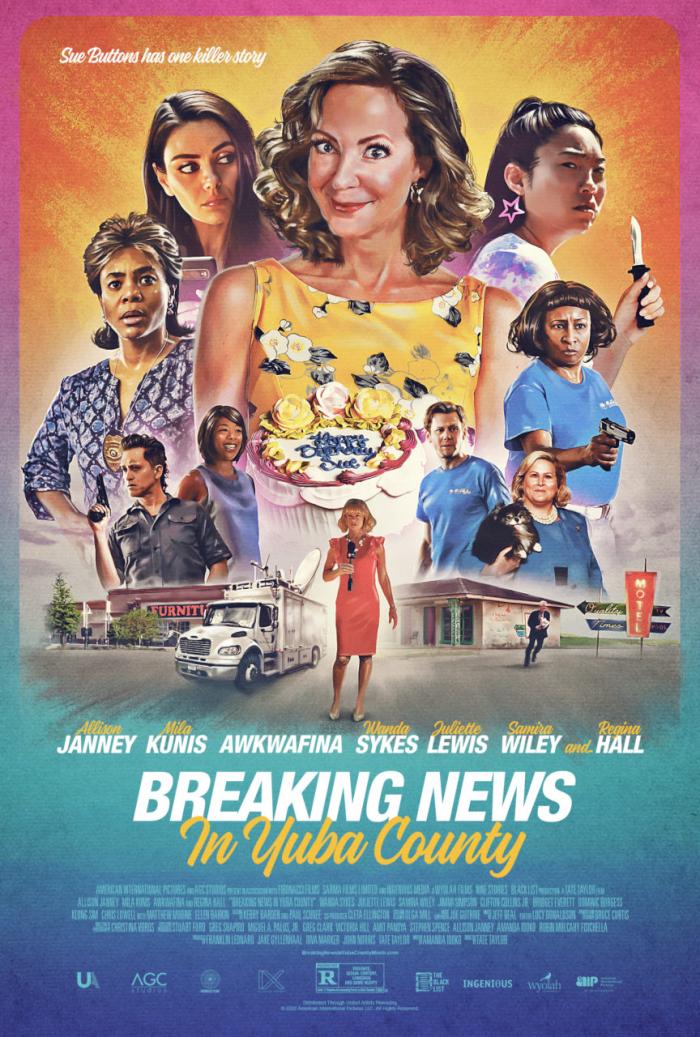 ← There's a Difference Between 'Cancel Culture' and Firing an A$$hole | Review: If You Love 'Birds Of Prey' You Need To See 'Dead Pigs' →