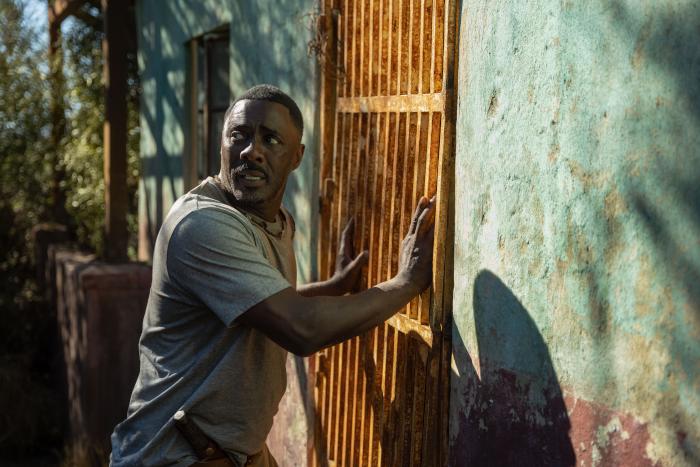 Now on Peacock: 'Beast' Is A Tenacious Blast of Old-School ‘When Animals Attack!’ Savagery

There are only so many forms of narrative conflict in the world of storytelling, right? There’s Man versus Self, there’s Man versus Man, there’s Dinosaur eats Man and Woman inherits the Earth. Well say hello to Beast, the doggedly single-minded action-thriller out this weekend from Everest (hey that was Man versus Mountain!) director Baltasar Kormákur, which has gifted us an entirely new category: Idris Elba versus Lion. A little louder for the people in back: it’s Idris Elba fighting a lion! Whether that sentence sells the movie for you or not will I think determine whether Beast works for you or not, because Beast really is not much more than just that.

And I say “just that” but what I really mean is, “Well, what else even is there?” There was to my eye no shame in Kormákur walking into a Hollywood studio board-room, watching the executives and all of their assistants pile in, waiting a long moment to speak—just long enough so it was a little bit awkward—and then taking his right arm and sweeping all the papers off the studio-head’s desk. And then once every one had gasped he simply whispered, “Idris Elba versus a lion.” I hope there was applause. And I hope the applause took a second because everyone was so stunned by the simple poetry of the perfect sentence. And I hope then and only then did the slow clap start, and crescendo, washing over him in warm waves. And they handed Kormákur all the money that minute. Plus some pocket money just for being such a good boy.

That’s how I picture such things happening anyway, which is probably why I have never had movie green-lit by a studio. I have no idea how such things happen. But I’ve seen enough movies to know that “Idris Elba versus a Lion” gets a movie made—indeed it did! And here we are reviewing it. So let’s do that. Beast stars, in case you missed it, Idris Elba. He plays Dr. Nate Samuels, a New York surgeon whose estranged wife has recently died of cancer. To try and find some emotional healing Nate takes their daughters, Meredith (Iyana Halley from The Hate U Give and Licorice Pizza) and Norah (Leah Jeffries from Empire), to their mother’s homeland of South Africa, so they can finally experience the land she so loved and missed. There they meet up with Nate’s oldest friend Martin (Sharlto Copley), a wildlife biologist who’s been living on the bush and studying lions for many years. And Uncle Martin takes them on a tour. A three-hour tour.

Nobody actually says the words “a three hour tour” but it’s nevertheless plain right off the bat that much like Gilligan’s fabled cruise this little jaunt into the wilderness won’t be so simple as these foolish walking happy meals think it might be. Kormákur and his dual DPs Philippe Rousselot and Baltasar Breki Samper do away with anything that’s not a ratcheting off the tension up pretty quick—this is a lean mean ninety-three minute animal of a picture and the hellos and how-are-you’s get swept aside fast for the rampaging lion mayhem, which the filmmakers clearly had a blast shooting in long unbroken (computer-aided) takes. And here an important note to animal lovers—all of the animals used in this movie are special effects. And beyond that the movie really goes above and beyond to give the rogue lion in question a psychological backstory to excuse said mayhem. The real villains in this movie are a gang of poachers who’ve driven the lion to, much like me most days on the subway, hate all of humanity with a viciousness unparalleled.

Unfortunately for Dr. Nate Samuels and his girls they find themselves unceremoniously plunked down in the middle of this mad lion’s sympathetic rampage, and it’s up to the three of them to claw and scratch and punch and kick and burn and gnaw and every other family activity they can muster up to get the hell out of there in one piece. Well in three individual whole person-sized pieces; all together that is. But that rascally lion ain’t gonna stop, and the last forty minutes or so of Beast is relentless snarl and snap. The movie I thought of more than anything other while watching this was Lewis Teague’s 1983 adaptation of Cujo, a film which stressed me out so bad I had to leave the room during it—Beast doesn’t quite make it there because the CG isn’t flawless and so some of that King classic’s verisimilitude is lost.

But Beast still pretty much delivers exactly what you go to see this movie for, and what those studio executives stood and applauded in my mind’s eye—while I might not have had to leave the theater, I was definitely jerking around in my seat like a jittery maniac in activated flight mode for a hefty chunk of it. And who could ask for anything more? I mean besides a sequel where Holly Hunter takes on some jackals! And ooh then a third one where Dame Judi Dench fights a peacock! I could spit these out all day, really. Are you listening, Hollywood? The people have spoken!


← 'The Last Of The Mohicans' 30th Anniversary of Daniel Day-Lewis Swearing To Madeleine Stowe That He Will Find Her | Critical Role Previews 'The Legend of Vox Machina' S2, Announces S3 at NYCC →


Image sources (in order of posting): Universal,
Most Viewed