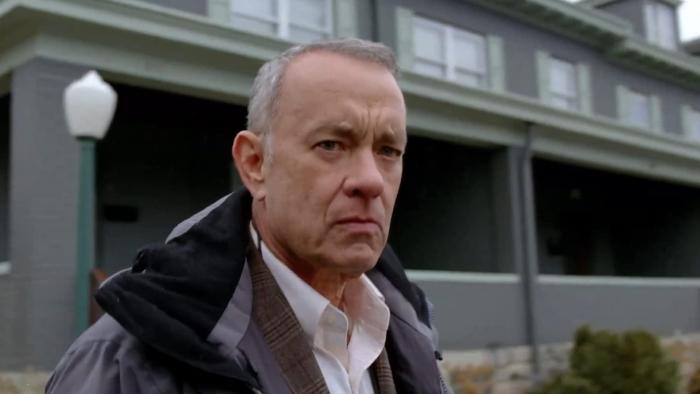 In college, when I started working in a library, I made it a point to read one book a week, no matter what. With the exception of my first year in law school, I maintained that streak all the way through my 20s and even through the birth of my first child. It was only when the twins came along that I could no longer keep up, although I still managed to read 10-15 books a year up and until I read Donna Tartt’s The Goldfinch. No offense to those who felt otherwise, but I hated it, and it took me so long to get through it that it completely put me off of books for at least six months. I can’t explain why, but The Goldfinch ruined my favorite pastime.

When I finally returned to reading, I stumbled upon a book called A Man Called Ove by an author, Fredrik Backman, whom I had never heard of. That was probably 5 or 6 years ago. I’ve maintained the book-a-week streak ever since. Ove reminded me of why I loved to read, even if only a small fraction of the books I read affect me in the same way. It’s not the best book ever written, nor is it particularly original. But I fell deeply madly in love with the characters, and then I sought out everything else that Backman had written, and I fell madly deeply in love with those characters, too. He is my jam, and if there is one recurring theme in all of his books that hits me the hardest, it’s the acts of kindness performed by the most unexpected people. There is something about that particular motif in all the works of Backman that turns me into a snotty, ugly crying mess. Kindness is my emotional kryptonite.

Despite his reputation as the nicest guy in Hollywood, however, Tom Hanks is not someone I’d have ever considered casting in the role of Ove, or Otto in the American adaptation, A Man Called Otto. I’d pictured someone more along the lines of a live-action version of the old guy in Up because, in a way, Otto is like the first 10 minutes of Up combined with Tom McCarthy’s The Visitor: It’s about a cantankerous old guy who is no longer interested in living after the passing of his wife, Sonya (Rachel Kellar). The only thing he’s more interested in than killing himself — an act he attempts several times in the film — is ensuring that all of his neighbors abide by the rules in his small community (though Otto is set in America, the neighborhood more resembles one in Backman’s home country of Sweden).

For those who cannot abide by “quirky” characters, this might be where you get off the train, because the neighborhood is comprised of several: A single guy who exercises by taking huge steps around the neighborhood; a very nice elderly woman and her incapacitated husband; an ugly stray cat; a lovely trans man who throws flyers into yards from his bicycle; and Otto’s newest neighbors, Marisol (Mariana Treviño), her husband Tommy (a completely unrecognizable Manuel Garcia-Rulfo from Lincoln Lawyer), and their two adorable kids.

It’s Marisol who forces her and her family into Otto’s life. She somehow sees through his grouchiness. As tends to happen in movies like these, these human connections bring out the best in everyone and Otto — who is worse at killing himself than John Cusack in Better Off Dead — finds a reason to continue living.

A Man Called Otto, which comes from director Marc Forster (Stranger than Fiction) is not without its weaknesses, particularly the performance of Tom Hanks’ own son, Truman, who plays the younger version of Otto as though he were Forrest Gump instead of a man simply set in his ways. The movie is also contrived, predictable, and sentimental as hell, and if that’s a dealbreaker, maybe Otto is not for you (it certainly was not for our own Jason Adams).

But Tom Hanks brings the older Otto to life, just as depicted in the novel, and if it’s possible, Mariana Treviño’s Marisol may be an improvement upon Backman’s character. Her wide-eyed zeal for living broke my heart more than a few times. It’s the kind of crowd-pleasing movie that critics — particularly the cynical ones (including often myself) — tend to be hard on, but that audiences will love (there was a lot of laughter in my theater and a lot of tears).

It reminds me of a ridiculous quote that James Cameron gave the other day in regard to Avatar: The Way of the Water: “If you like what you see, hang out a bit. Let’s not rush through this, you know, because of artificial constructs like plot.” I scoffed when I heard it. For completely different reasons, it’s exactly how I felt watching A Man Called Otto: I didn’t care about the plot. I wanted to spend as much time as I could with these characters. I wanted to hang out. Moreover, while I will concede that I wept buckets, and though there are some dark moments, it needs to be said that A Man Called Otto is not a depressing movie or a sad one. It’s an incredibly heartfelt film that, like all of Backman’s novels, is about a group of people who do the thing that is both easiest to do and that is also the most impactful: They show up.