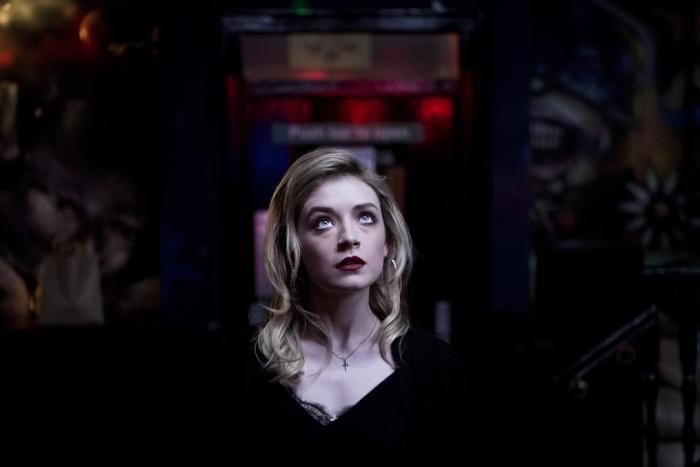 Review: 'A Good Woman Is Hard To Find' Offers A Gritty, Class-Minded Revenge-Thriller

Sarah shouldn’t be here. She shouldn’t be trembling in a shower caked in blood. She shouldn’t have to think what to do next or what to tell her children, because this should never have happened. Her mother would blame her for marrying the wrong man. She picked a poor man who couldn’t keep her in the posh lifestyle or the respectable neighborhood where she was raised. She went with him to a crime-infested estate where the cops only show up to stare down their nose at you. That’s why she’s a widow now. That’s why there’s broken glass on her floor and blood in her hair. That’s what the world around her wants Sarah to believe. It’s all her fault because she stepped out of the safety of posh privilege to live on streets where everyone assumes she’s a “prossie” or would be for the right price. But they’ve all got it all wrong. Sarah knows that mayhem can come knocking no matter how sweet, pretty, smart, white, and wealthy you are. She’s battered, but not broken. She’s covered in blood, but she’s had enough of this shit.

Written by Ronan Blaney and directed by Abner Pastoll, A Good Woman Is Hard To Find stars Sarah Bolger as Sarah, a recently widowed mother of two who is at the end of a quickly fraying rope. The police won’t look into the murder of her husband, defaming him to the press as a drug dealer and warning her to “let sleeping dogs lie.” Her son Ben (Rudy Doherty) witnessed the crime, but can’t speak of it. Actually, he hasn’t spoken at all since it happened. His little sister, on the other hand, won’t shut up, constantly repeating whatever naughty word might be the most awkward in a given situation. Which just gives Sarah’s affluent and judgmental mother another thing to sling side-eye about. But Sarah’s grown accustomed to stares and scorn.

This thriller centers on Sarah’s haphazard quest to uncover what happened to her husband, running her into a garrulous thief named Tito (Andrew Simpson), a massive stash of hard drugs, and a kingpin with a sing-song voice and a merciless bloodlust. Things go from bad to nightmarish when Tito and his stolen stash crash into her home, demanding safe haven or else. Tito returns nightly, picking off bits of the supply to sell on the streets. And while he’s there, he plays house, forcing Sarah into a horrifying charade where she provides beer and snacks as he gripes about his day and chides her for not appreciating how nice he’s being. It’s a fragile truce that Sarah can’t trust, but she tries to make the best of it by cajoling this talkative home-invader into giving her details on her husband’s murder. Then things take darker and darker turns for Sarah.

There’s some action here, but most of the thrills in this film rely on the emotional beats of Sarah’s descent into crime, horror, and violence. Thankfully, she’s set up beyond just being the good girl gone bad. One small but key sequence early on begins with Sarah realizing her vibrator is dead. Desperately needing some release, she army crawls into her children’s bedroom to surreptitiously snatch batteries from one of their noisier toys. She snags a short kitchen knife to unscrew the toy’s back, pops the batteries into place, and as the vibrator whirs, exclaims, “Oh thank you, Jesus!” Beyond being a cheeky and charming sequence, it reveals Sarah’s need for me time, her ingenuity, and her spirit. Plus it sets up a prop that’s placement will become pivotal later. Such a focus on character makes A Good Woman Hard To Find a captivating thriller, bolstered by Bolger’s performance which is layered with a trembling tenderness, wretched exhaustion, and a grit-teeth rage. Sarah is not only grieving but also furious, frustrated, and alone. And on top of all that, there’s the terror of Tito. Her arc with him will end in agony, an agony we share thanks to Pastroll’s sound effects of squishing, scraping, and tearing that prove harrowing even when the horror is offscreen. But Sarah will survive.

Unfortunately, the finale of the film fumbles a bit, but understandably so. Blaney’s script is grounded in a more believable reality than a Hollywood studio revenge thriller, so Sarah doesn’t abruptly transform from a mousy mum to Terminator 2’s Sarah Conner or Liam Neeson as soon as she plunges into the criminal underbelly. She’s clumsy Her plan is one of desperation and sleep-deprivation. So while the end is a bit anti-climactic, it makes narrative sense at least. But I don’t much care of the bumbling here because of the scorching exploration of class and gender throughout.

Like the title suggests, A Good Woman Is Hard To Find is about more than Sarah. It’s about how Sarah—and women like her—are viewed. Whether she’s eating with her children, grocery shopping, walking down the road, or even just existing in her own home, she’s being watched and judged by others. Her high-class mother condescends to her constantly. The grocer propositions her with lewd remarks. The cashier gives her eyes of pity when she has to put stuff back for lack of cash. The cops assume she’s a bad mother because they spot an empty wine glass and a sink full of dishes. Even the kingpin condescends to her, assuming that her address means she’s uneducated and doesn’t know what a metaphor is. And Bolger’s eyes register the sting of every insult. But as her story goes on, they turn steely. By the end, Sarah gives up on caring what these stares mean. She gives up on demurely avoiding attention or a conflict. She brings the fight to the bad men who take without consequences. In real life, such boldness could get you killed. So, here’s where this gritty thriller enjoys a bit of fantasy, complete with a sultry femme fatale makeover (pictured above). And A Good Woman Is Hard To Find welcomes us to revel in this patriarchy-smashing revenge fantasy and its fashion flourish too.

A Good Woman Is Hard To Find had a special advanced screening at Fantasia International Film Festival on July 21. 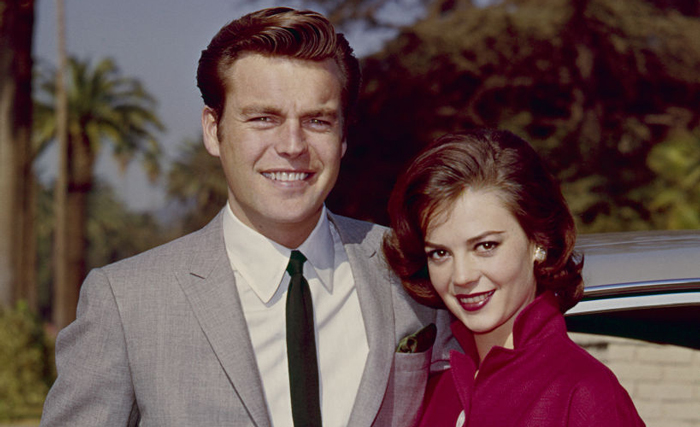 How Did Natalie Wood Drown? The Conflicting Stories Compared Side-By-Side 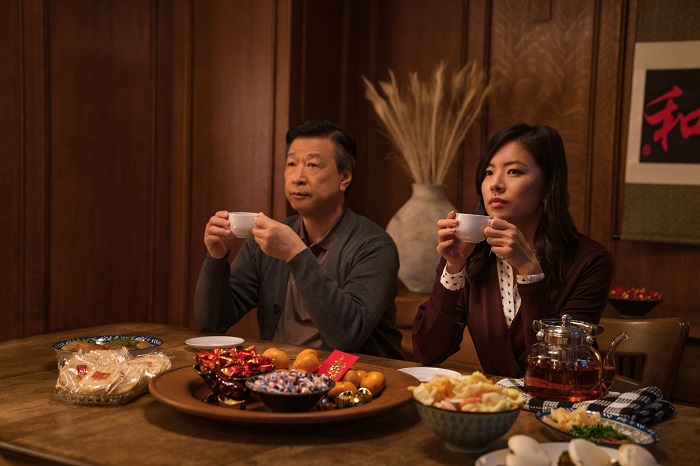