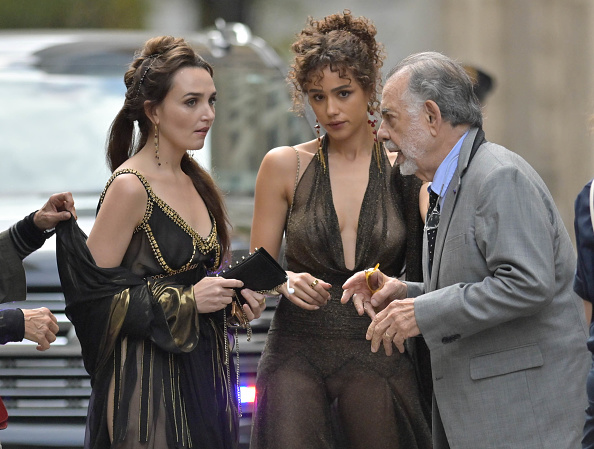 We often hear about filmmakers financing their own projects, but it’s usually a filmmaker like Kevin Smith, who racks up $25,000 in credit card debt to make a black-and-white movie set in a convenience store. Francis Ford Coppola, however, decided to sell his wineries in Northern California to finance his $120 million film, Megalopolis.

The problem, it seems, is that when you don’t have the backing of a studio capable of absorbing cost overruns, you might have to, say, fire the entire visual effects team to save money (Coppola was using a fancy new virtual production technology, but had to switch to traditional green screen VFX). Cost overruns were so bad that there was speculation that Coppola would have to halt production midway through the film.

Coppola and Adam Driver, however, ran to Deadline to refute reports that there was chaos on the set of the film, as well as a crew exodus. “I’ve never worked on a film where I was so happy with the cast,” Coppola told Deadline, which is infamous for its industry-friendly reporting. “I am so happy with the look and that we are so on schedule. These reports never say who these sources are. To them, I say, ha, ha, just wait and see. Because this is a beautiful film and primarily so because the cast is so great.”

“I’d like to briefly respond to The Hollywood Reporter article published Monday, January 9th,” Adam Driver added. “All good here! Not sure what set you’re talking about! I don’t recognize that one! I’ve been on sets that were chaotic and this one is far from it. The environment that’s being created by Francis, is one of focus and inspiration. As of now, we’re on schedule, making our days, and honestly, it’s been one of the best shooting experiences I’ve had.”

Despite their denials, in addition to the special effects team leaving the project, Megalopolis has also lost its production designer and supervising art director. It’s not the first time that Copolla has fired his entire VFX team — he also did on Dracula.

The film, by the way, is a drama about the process of replacing a ravaged metropolis with a utopian rebuild. Check here for more images of Shia, Aubrey Plaza, and Adam Driver on set.